The brother of influential US football journalist Grant Wahl, who died on Friday while covering the World Cup in Qatar, says he no longer suspects a crime in his sibling’s death.

Grant Wahl, 49, had a “rodent cough” from persistent bronchitis shortly before collapsing while covering Argentina’s quarter-final win over the Netherlands, his brother Eric Wahl said.

Eric previously speculated that foul play might have been involved as the football writer was an outspoken critic of the Qatari government and received death threats after wearing a rainbow jersey at a game.

But on Tuesday, the brother wrote on Twitter: “The family will soon release a statement on the cause of death. I no longer suspect third-party fault. It was not [pulmonary embolism].”

Eric went back to an earlier tweet Monday, in which he said: “It seems possible that Grant suffered a pulmonary embolism and was in a non-shockable condition.”

He also claimed there was no wearable defibrillator at the stadium, but on Monday he issued a correction on Twitter, writing that “according to a US government official, FIFA says AEDs are available at the stadium,” referring to the devices .

It is unclear why a defibrillator was not used at Wahl.

Grant Wahl’s body was brought to New York City Monday for an independent autopsy. His widow, Dr. Celine Gounder, an infectious disease doctor who works at Bellevue Hospital, brought his body to a city coroner Monday.

On Monday, Eric shared an update on the situation, writing, “We are traveling with Grant’s body for a medical and autopsy.”

He added, “Thank you American Airlines for their incredible help. Many thanks to the NY Port Authority and the US Government. Humble.”

Grant Wahl made headlines at the World Cup when he was initially banned from entering the stadium for wearing a t-shirt with a football surrounded by a rainbow ahead of a USA-Wales game in support of the LGBTQ+ community. 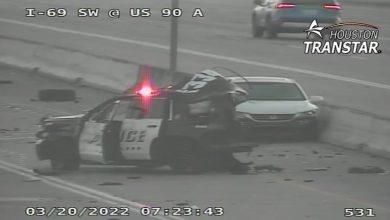 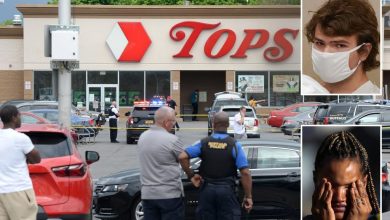 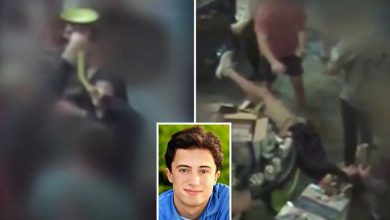 The video shows how Daniel Santulli is allegedly harassed 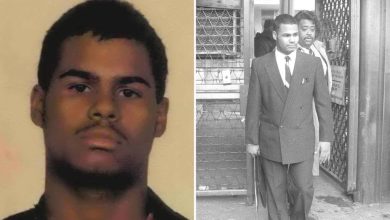