Dramatic footage has surfaced of a modern-day Lassie saving his owners’ 6-year-old son from being attacked by a neighbour’s dog, who charged straight at him.

Videos, which have been viewed nearly 45 million times on TikTok, show a German shepherd named Tank initially playing with his young pal outside their Florida home.

Suddenly, a dark dog rushes towards them from the top right of the screen – and Tank immediately goes into defense mode.

As the attacking would-be attacker approaches, Tank pushes the boy out of the way and confronts the other dog.

Tank snaps at the aggressive animal and follows it until it’s a safe distance – even turning around to make sure the little boy he saved isn’t in danger.

He wasn’t the only hero, as the family’s other dog, a pit bull, also rushed to ward off the threat. The boy’s mother runs out and picks up her son while Tank joins them to protect them permanently as the attacker is controlled by his owner.

The boy’s father shared surveillance footage of the incident with the soundtrack of DMX’s “Dogs Out,” which has been viewed more than 20 million times as of Tuesday morning.

A video shared by the mother has also been viewed almost 24 million times. “Our neighbor’s dog randomly attacked my son last night and my tanky saved him from being abused or worse,” the mother wrote, and the video went further, saying Tank saved the boy’s life.

She later shared footage of Tank in his usual surroundings – playfully rolling onto his back while enjoying a rubber toy.

“THE MAN, THE MYTH, THE LEGEND,” she wrote, joking that the playful footage featured a “highly skilled professional home security officer.”

“This is Tank & no, he’s not professionally trained. He’s just a man with killer instincts who loves a good chew toy,” she wrote.

She then shared footage of her other dog also coming to the rescue, saying that “every superhero needs a sidekick.” 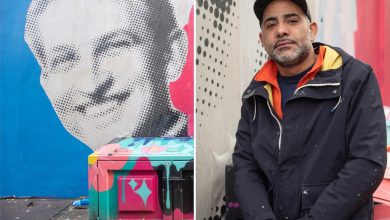 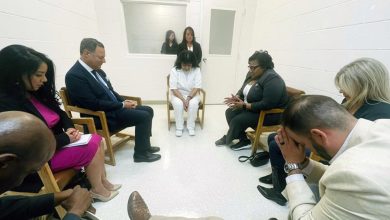 Execution of a woman in Texas: State officials are to weigh the fate of death row inmate Melissa Lucio 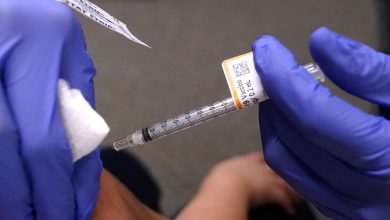 The Pfizer vaccine for toddlers 2 to 5 years old did not provide the expected immunity during testing; Company tests additional COVID shots 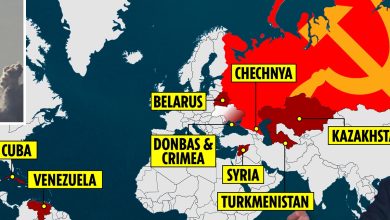