Michael Shannon and Jessica Chastain shine in Showtime’s drama about fabled country legends George Jones and Tammy Wynette, who couldn’t live with or without each other as they headed down a collision course fueled by alcoholism, opioid addiction and emotional turmoil – none of those things couldn’t contain their love.

George & Tammy, which premieres December 4, follows the duo’s relationship from when they first met, through their eventual marriage and divorce, to Wynette’s death — in 1998 at the far too young age of 55 — and everything in between. The series was created by Abe Sylvia, who wrote the screenplay for Chastain’s Oscar-winning role as Tammy Faye Bakker in The Eyes of Tammy Faye. His passion for telling the Jones/Wynette story is palpable from the start, as Chastain and Shannon sing all of the couple’s solos and duets themselves, adding a touch of authenticity and at times heartbreak.

(“George & Tammy” is an adaptation of her daughter Georgette Jones’ book, The Three of Us: Growing Up with Tammy and George.)

Not only do we see both sides of the Jones/Wynette equation, but their story is given additional depth by others who have witnessed their tumultuous relationship firsthand: guitarist Earl “Peanutt” Montgomery (Walton Goggins); Wynette’s confidante/hairdresser Jan Smith (Katy Mixon); Billy Sherrill (David Wilson Barnes), who co-wrote Stand By Your Man with Wynette; and songwriter George Richey (Steve Zahn), who later married Wynette (her fifth and final husband) and allegedly abused her (as seen in “George & Tammy”).

Chastain said Georgette Jones made sure her mother wasn’t portrayed as a victim despite her tumultuous life.

“She was seen that way … but she was making life choices and navigating her life as she saw fit,” Chastain, 45, told The Post. “It wasn’t ‘Oh, poor Tammy.’ The reality is [that] This was a woman who was in great physical pain. She’s had over three dozen surgeries on her abdomen [cutting out scar tissue from a hysterectomy] and blocks from their opioid addiction. She had to have a port to transfer drugs into her heart.

“Not only is she numbing the physical pain of what she was going through … she also chose to numb the emotional pain” that was an integral part of her life story, Chastain said. Born Virginia Pugh, Wynette’s mother forced her to undergo electroshock therapy when she was about to leave her first husband, with whom she had two daughters.

It was the arc of her tumultuous life that pierced Wynette’s singing, Chastain said.

“I think sometimes when she sang it felt primal,” Chastain said. “Her voice on ‘Stand By Your Man’ is incredible – it goes from a whisper to a scream, but she hated it. She always felt like she sounded like a squeaky pig.

“I felt like her voice came from a woman who was institutionalized … and wanted to leave her marriage and her mother took her children away,” she said. “I always thought when I played her, she had this feeling of anger and wildness, like, ‘Listen to me and see me and be considerate of me.'”

It’s Wynette’s relationship with Jones, of course, that takes center stage as “George & Tammy” delves deep into her personal and artistic lives and her artistic life, both as a solo artist and as a duet team on stage — which continued after they separated divorced.

“Seeing them on YouTube when they’re both married to other people is something I’ve never seen before,” Chastain said. “The way they sing to each other, the way George tries to get her to kiss him…when you have that kind of connection with another person, that almost artistic soulmate, where you make that music together, it is unbelievable.”

“I think country music is about not letting wounds heal and opening up and exposing the darkest part of yourself, and that has to come at a cost to be iconic singers like they were,” he said you. “Mike [Shannon] and I was talking about it the other day. Happiness is not a stagnant thing. George was happy at home and Tammy said, ‘Let’s go to Vegas,’ and he said he never wanted to go to Vegas.”

Chastain said she didn’t think Jones and Wynette could live without each other.

“They kept circling each other even before they met. Tammy had a book where she wrote down every lyrics of George’s songs before she even met him,” she said. “Even after Tammy died, George wrote letters to DJs discussing the strange and suspicious nature of her death. They sang over each other in their solos. They were, in a way, destined to meet – I know that sounds cheesy, but I find it deeply romantic.

“They both had very difficult childhoods and struggles and they knew how to put their hearts and souls into their music,” she said. “They put everything they were into their art.”

Chinese university students have been sent home amid protests 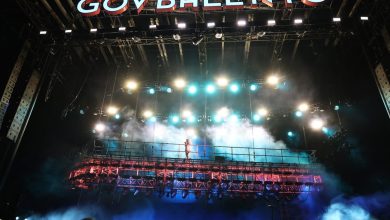 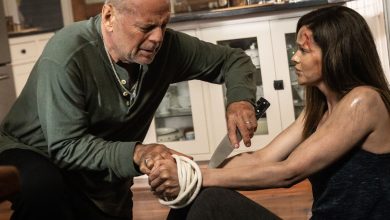 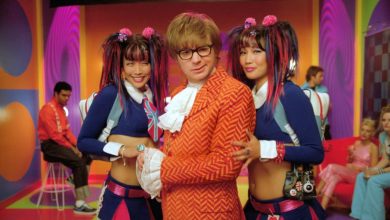 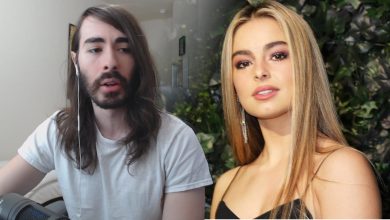