A Hawaii man has been arrested for the 1982 murder of a teenager who was kidnapped from a bus stop in California, authorities announced on Tuesday.

Sunnyvale police have caught 75-year-old Gary Ramirez in Maui after concluding his DNA matched the blood from the crime scene of 15-year-old Karen Stitt, according to the Santa Clara County District Attorney’s Office.

Stitt was waiting for a bus in Sunnyvale when she disappeared in the early hours of September 3, 1982. According to a Mercury News report released Tuesday, a pickup truck driver found her naked body in bushes a soccer field away from the train station.

Police said DNA technology was used to link Ramirez to the blood from Karen’s leather jacket and the 4-foot cinder block wall where the killer left her after stabbing her 59 times.

Sunnyvale Police Detective Matt Hutchison revealed that upon his arrest, Ramirez — a retired bug exterminator and Air Force veteran with an injured hip — looked so shocked all he could say was, “Oh my God.”

Ramirez, a Fresno native, had no criminal record, police said. His older brother, Rudy Ramirez, who also lives on Maui, said it was hard to imagine his younger brother committing a gruesome murder.

In 2019, Hutchison worked with a genealogist who narrowed the DNA down to four brothers.

When he opened the email with the DNA match, “I wanted to scream but I can’t because I didn’t want to wake the hotel up,” Hutchison said. “So I just took a moment to think.”

He opened his laptop and clicked on the photo of Karen.

Ramirez is being held in a Maui jail while awaiting an extradition hearing Wednesday for transport to California. 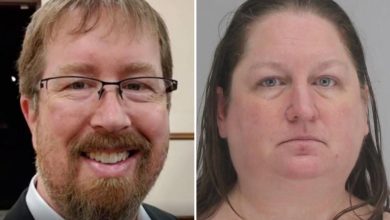 The mysterious murder of Jamie Faith, who was gunned down while walking the dog, has been solved after police uncovered the elaborate ‘cover-up’. 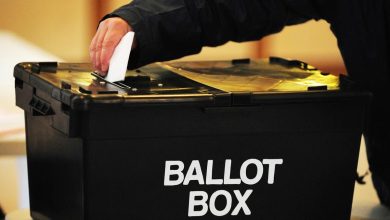 Scots go to the polls in local elections 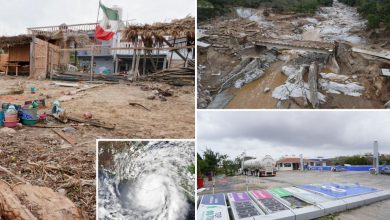