AUGUSTA, Georgia — His picture still hangs on the Champions Wall in the Augusta National Press Building, sandwiched between Trevor Immelman and Phil Mickelson. However, his chair at Tuesday night’s Champions’ Dinner was empty, and if there was an invitation to play at the Masters this year, nobody saw it.

As the Masters unfolds this week, Angel Cabrera is being held in an Argentine prison. He is serving two years on domestic violence charges, and there is a possibility he could face an even longer sentence.

“A lot of kids grow up without a role model and make some bad decisions, and their anger takes over in them,” said Charlie Epps, a Houston golf pro who has a father-son relationship with Cabrera. “But it doesn’t justify doing the wrong thing.”

Cabrera was an unlikely champion from the start, a street kid who grew up without parents and never had any formal education. A huge crowd greeted him as he flew home after winning the 2007 US Open and there was a parade in his honor.

He then became a two-time major champion — and the first South American to win a green jacket — by winning a three-way Masters playoff in 2009. His future in golf seemed unlimited.

But what was once a feel-good story has now gone bad, and no one can predict when Cabrera will be free, let alone golfing again.

“I saw a lot of that in his Golf, he was a perfectionist early on and had a temper,” Epps said. “He never had a sports psychologist or anything like that and grew up with a chip on his shoulder. Once he got it under control, he became a champion that he is.”

While the details of Cabrera’s case remain somewhat unclear, he was charged with gender-based violence with a former partner and could face extra time for allegedly threatening the woman over the phone after being charged. Prosecutors are also looking into the allegations of two other women, including the mother of his children, and his attorney says there is a possibility he could be charged with other crimes.

What is clear is that Cabrera – who was arrested in Brazil in January 2021 after prosecutors issued an international arrest warrant for failing to attend his first trial – in July 2021 for assault, threats and molestation of Cecilia Torres Mana, his partner between 2016 and 2018 , was convicted. Despite his pleas of innocence, he is not due to be released from prison until January next year at the earliest.

“There was no crime,” his lawyer Carlos Hairabedian told The Associated Press over the phone from Argentina on Wednesday, claiming the charges were brought “out of defiance and resentment.” Hairabedian claimed that in the reported cases “the common denominator is that there was no physical violence but an exchange of high-pitched words”.

Cabrera’s rise in the golfing world wasn’t exactly meteoric, even if it looked like it at the time. Abandoned by his parents, he became a caddy at the age of 8 to make enough money to eat and it wasn’t long before he took up the game himself.

Epps was living in Argentina at the time and Cabrera was working as a caddy for some of his friends, leading to the two beginning a relationship with Epps who served as the young player’s coach and father figure. They would reconnect after Cabrera turned pro, and the work led to his breakthrough win at the 2007 US Open.

“He really wanted to get better and saw that everyone had a coach, so he asked me to help him,” Epps said. “He’s a first-class golfer, an excellent ball striker. He’s very athletic and could have been a soccer player or even a linebacker if he grew up around soccer.”

The Open victory made him a great champion even if the golf world didn’t fully embrace him. Cabrera spoke no English and never seemed to gain the kind of recognition another player could have, even after adding the green jacket with his three-hole playoff win over Kenny Perry and Chad Campbell.

The player, known as el pato (the duck) because of his unusual gait, later told reporters in Spanish that it was the dream of his life.

Epps says he has not spoken to Cabrera since his incarceration, though he guards the golfer’s Houston home. He still hopes to work with the now 52-year-old when he gets out of prison and tries to continue his career on the senior tour.

“I want the best for him and I think he has a lot of golf ahead of him,” Epps said. “I think he will come out of it a better man. At least that is the hope.” 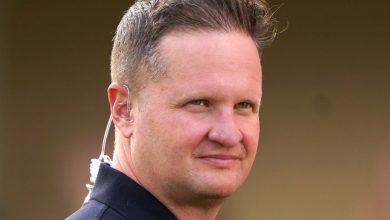 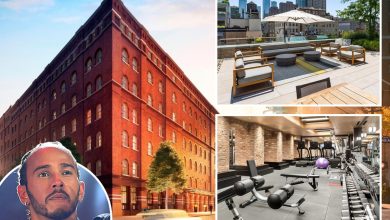 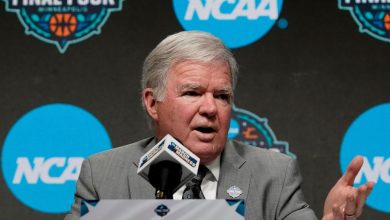