Former rebel Gustavo Petro narrowly won a runoff election over a political maverick on Sunday, ushering in a new era of politics for Colombia by becoming the country’s first left-wing president.

Petro, a senator in his third attempt at the presidency, received 50.48% of the vote, while real estate tycoon Rodolfo Hernández received 47.26%, with almost all the ballots counted, according to results released by the electoral authorities.

Petro’s victory underscored a drastic shift in presidential politics for a country that has long marginalized the left over its perceived connection with the armed conflict. Petro himself was once a rebel in the now-defunct M-19 movement and was granted amnesty after being jailed for his involvement with the group.

“Today is a holiday for the people. Let them celebrate the first people’s victory,” Petro tweeted. “May so many sufferings be cushioned in the joy that is flooding the heart of the fatherland today.”

Petro called for unity during his victory speech and handed an olive branch to some of his harshest critics, saying that all members of the opposition will be welcomed to the presidential palace “to discuss Colombia’s problems”.

“From this incipient government there will never be any political prosecution or legal prosecution, there will only be respect and dialogue,” he said, adding that he will listen not only to those who took up arms but also to “them silent majority of peasants, indigenous people, women, youth.”

Outgoing Conservative President Iván Duque congratulated Petro shortly after the results were announced, and Hernández was quick to concede defeat.

“I accept the outcome as it should be if we want our institutions to be strong,” Hernández said in a video on social media. “I sincerely hope that this decision is beneficial for everyone.”

Colombia also elected its first black woman as vice president. Petro’s collaborator Francia Márquez is a lawyer and environmentalist whose opposition to illegal mining led to threats and a grenade attack in 2019.

The vote came amid widespread unhappiness over rising inequality, inflation and violence – factors that prompted voters in last month’s first round of voting to turn their backs on long-ruling centrist and right-wing politicians and two outsiders in Latin America’s third-largest population to choose nation.

Petro’s appearance was the latest political victory for the left in Latin America, fueled by voters’ desire for change. Chile, Peru and Honduras will be elected left-wing presidents in 2021, and in Brazil, former President Luiz Inácio Lula da Silva is leading the polls for this year’s presidential election.

“What I think shows is that the strategy of fear, hate and stigmatization of the left no longer works as a voter-winning policy,” said Elizabeth Dickinson, senior analyst for Colombia at International Crisis Group.

But the results were an immediate cause for concern for some voters whose closest tie to a left-wing government is troubled neighboring Venezuela.

“We hope that Mr. Gustavo Petro will stick to what was said in his government plan, that he will lead this country to greatness that we so badly need and that (he) will end corruption,” said Karin Ardila García, a Supporter of Hernández the north-central city of Bucaramanga. “That it doesn’t lead to communism, to socialism, to a war in which they keep killing us in Colombia. … (H)e does not take us to another Venezuela, Cuba, Argentina, Chile.”

Around 21.6 million of the 39 million eligible voters cast their votes on Sunday. Since 1990, abstention has exceeded 40% in every presidential election.

Petro, 62, will be officially declared the winner after a formal count that will last a few days. Historically, the preliminary results agreed with the final ones.

Several heads of state congratulated Petro on Sunday. So did a harsh critic, former President Álvaro Uribe, who remains a central figure in Colombian politics.

Polls ahead of the runoff had shown that Petro and Hernández – both former mayors – were in a tight race, having nominated four other candidates in the first election on May 29. Neither received enough votes to win outright and went to the runoff.

Petro won 40% of the vote and Hernández 28% in the first round, but the difference quickly narrowed as Hernández began to attract so-called anti-Petrista voters.

Petro has proposed ambitious pension, tax, healthcare and agrarian reforms, as well as changes in how Colombia fights drug cartels and other armed groups. But he’ll have a hard time delivering on his promises because he doesn’t have a majority in Congress, which is key to enacting reforms.

“The people who support him have very high hopes and they’re probably going to be disappointed pretty quickly if he can’t move things right away,” said Adam Isacson, an expert on Colombia at the Washington Office on Latin America think tank.

“I think you could find a situation where he either has to close some deals and abandon a lot of his programs just to get some things through, or the whole country could get bogged down,” Isacson added.

Petro is ready to resume diplomatic ties with Venezuela, which were severed in 2019. He also wants to change Colombia’s relationship with the United States by seeking a renegotiation of a free trade agreement and new solutions to the fight against drug trafficking.

US Secretary of State Antony Blinken said in a statement that the Biden administration looks forward to working with Petro.

Hernández, who made his money from real estate, does not belong to any major political party and rejects alliances. His harsh campaign, conducted mostly on TikTok and other social media platforms, was self-funded and based primarily on fighting corruption, which he blames for poverty and the loss of government resources that could be used for social programs.

According to polls, most Colombians believe the country is moving in the wrong direction and disapprove of Duque, who did not stand for re-election. The pandemic has set back the country’s poverty reduction efforts by at least a decade. Official figures show that 39% of Colombians lived on less than $89 a month last year.

Rejecting the policy as usual “reflects the fact that people are fed up with the same people as always,” said Nataly Amezquita, a 26-year-old civil engineer awaiting the election. “We need to create more social change. Many people in the country are not in the best shape.”

But even the two outsider candidates left them cold. She said she would cast a blank ballot: “I don’t like either candidate. … Neither of them seems to me to be a good person.” 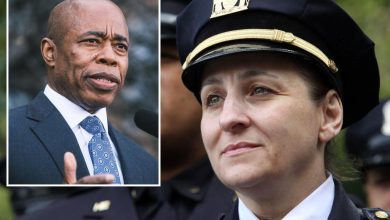 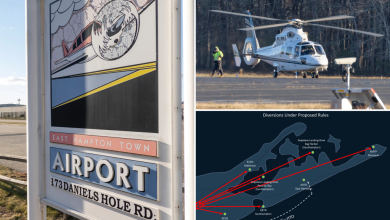 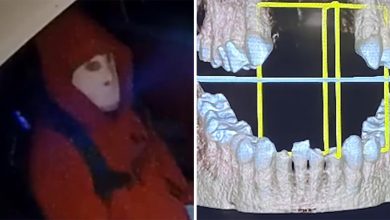 Misty Meadow House Invasion: Man Who Was Tied Up And Brutally Beaten By Masked Intruder In Memorial Park Recalls What He Did To Survive 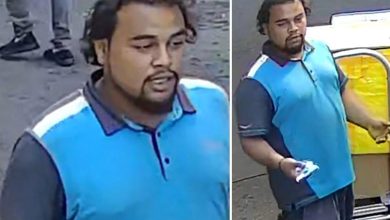