The family of the domestic violence victim who was hacked up and stuffed into suitcases in their Brooklyn apartment recalled the young woman as a “loving” prospective teacher as they questioned why the building’s staff hadn’t done more to help to protect her.

The aunt of Dasia Johnson, 22, criticized security at the Linwood Street apartment building for not barring her abusive boyfriend from entering the place after witnesses saw him hit her in the hallways and police said to neighbors was called several times.

“They dropped the ball here,” the aunt, who declined to give her name, said over the phone.

Johnson also had an active restraining order on her boyfriend and he had previously been arrested for coming to the home to pick up his belongings in March, law enforcement sources said.

“They know their tenants. They opened the door for him,” added the aunt. “She had no other boyfriend. You haven’t done enough. You could have stopped him from getting in there… They’re security guys, they’re trained to put someone down. There are ways to stop him from coming in.”

Johnson’s aunt said she asked building security on Wednesday to do a wellness check after her phone went off – and when they arrived, the woman’s boyfriend and another man were in the unit and refused to let the guards in .

The guards went to call the police and in the meantime the two men managed to sneak away.

“The next thing I hear is a detective calls me and says it’s a crime scene now,” the aunt recalls.

“They just let her go [after the wellness check]. There is 24 hour security in the building.”

Police entered the unit and found a scene that neighbors described as straight out of a horror movie, with the woman’s body in two suitcases, her bathtub filled with blood, and a meat cleaver nearby.

At the time of Johnson’s tragic death, the young woman had been working hard to get on with her life and was on the right track, her heartbroken aunt said.

“Dasia was a loving, fun-loving girl. she has worked [at Macy’s]She wanted to finish school. She wanted to be a teacher,” said the aunt.

“She was at school, she worked. She was loved very much. It’s just awful.

“She loved her sister, she loved her mother. She was a pretty girl. It’s just sad that her life unfortunately came to an end.”

Johnson was a client of HousingPlus, a nonprofit group that provides supportive and stable housing for vulnerable women such as victims of domestic violence, those with criminal records and women with mental health issues.

The building where Johnson lived is owned by a private company that provides on-site security. HousingPlus provides social services to a third of the building’s residents to help them get back on their feet. They declined to comment on the situation, calling it an “ongoing police investigation.”

The aunt said her niece had tried to leave her boyfriend “several times” and it was only on August 16 that she opened up about her plans to get away during a family dinner party.

“She was happy. She told us, ‘I’m done with him.’ If she had told us [the full extent of the abuse]”We could help her if we knew more,” said the aunt.

“It’s just so sad. she was so skinny This boy overpowered her… He broke away from her. He used her kindness. Her mother is terminally ill and she needed a friend and she thought he was that friend.”

Johnson’s friend is believed to be interested in the assassination and is currently wanted by police.

The woman’s aunt wants the NYPD and the public to release his photo so police can take him into custody and question him.

“We want justice for Dasia. We want this boy found. Therefore we ask that his picture be made available to the public. The public needs to be made aware of who he is. That’s why he’s so difficult to locate, nobody has his picture,” she said.

“It’s really difficult. She was a victim. She was full of life. I tried to help her. I tried to intervene. I raised her almost all her life. I heard about an incident [between them] and I told her, ‘This isn’t love. It will not get better. It’s only going to get worse.’” 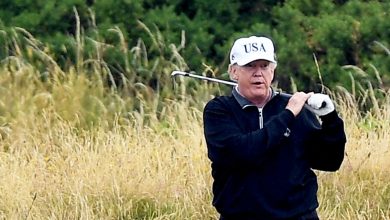 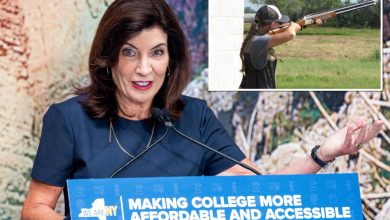 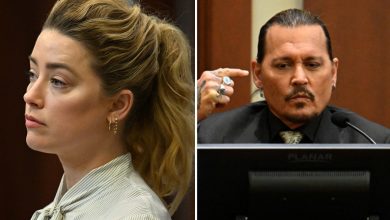 Johnny Depp says in court he went from ‘Cinderella to Quasimodo’ in 0.6 seconds after allegations of abuse by Amber Heard 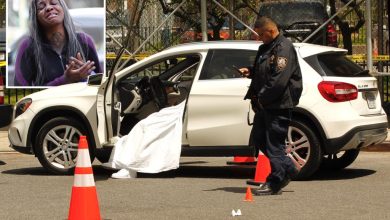