A police union and the widow of a murdered cop beat up a former parole officer who once helped free a cop killer and now supports an Albany law that gives crime victims less say in the release process.

Carol Shapiro, a criminal justice activist and social worker who retired from the state parole board in 2019 after two years, testified in Albany on Dec. 7 in support of the Fair & Timely Parole Act.

Before a convicted felon is released on parole or sentenced to serve time in prison, the crime’s victims are given an opportunity to speak before the board of directors or submit a victim’s testimony.

But Shapiro criticized the victim’s impact process as “unhealthy” and suggested heartbroken loved ones are repeatedly forced to “tell their stories.”

The Fair & Timely Parole Act would require suitable prisoners to be released unless they pose “a current and unreasonable risk” and would focus the decision-making process more on the progress of the person behind bars than on the enormity of the crime.

The bill – S7514 – would not prevent grieving families from making their declarations of impact, but would prevent the parole board from making it a major factor in denial of parole.

“The victim has a say in sentencing,” Shapiro said during her testimony.

The bill’s sponsor, far-left Senator Julia Salazar, argued that the current law “does that [parole] Board vulnerable to political pressure” in high-profile cases.

Shapiro was one of two parole officers on the three-member panel that voted to release Herman Bell in April 2018, who killed two NYPD officers and was under her supervision after 40 years behind bars.

Bell, a former Black Panther and Black Liberation Army soldier, lured officers Joseph Piagentini, 28, and Waverly Jones, 33, to their deaths during an ambush in Harlem in 1971.

“The parole officer who approved the release of one of my husband’s killers has absolutely nothing to do with talking about what’s ‘healthy’ for me and my family,” Diane Piagentini told the Post. “She knows exactly how painful it was for us to see these assassins released because we told her. That is why the victim impact statement is so important.”

Bell was convicted in 1975 and had appeared before the board seven times since 2004. Each time, Piagentini filed a victim impact statement detailing the trauma she and her two young daughters suffered. Parole was denied each time.

Bell, now 73, refused to show remorse or remorse during the first 30 or so years of his 25-year life sentence, insisting he was innocent and nothing more than a “political prisoner”. Witnesses and friends said he openly boasted about the murder. Finally, in 2012, Bell admitted to the board that he was involved in the murders and claimed he was a “peaceful” man one would wish for a friend.

Board members Otis Cruse, Caryne Demosthenes and Shapiro praised Bell during his March 1, 2018 interview, according to a transcript obtained exclusively by The Post at the time.

“This absurd hearing and offensive testimony is just further proof that the parole board and its pro-criminal allies in Albany don’t care about crime victims or the safety of law-abiding New Yorkers,” added PBA President Pat Lynch angrily. “This law would stifle their voices and the voices of other crime victims.”

Shapiro, who was contacted for comment on Saturday, said: “I have great empathy for people who are victims of heinous crime. However, I firmly believe that the purpose of probation is to assess a person’s ability to go home safely and not harm themselves or others.”

Sharon Osbourne rushed to hospital due to medical emergency: report 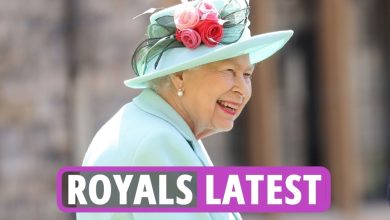 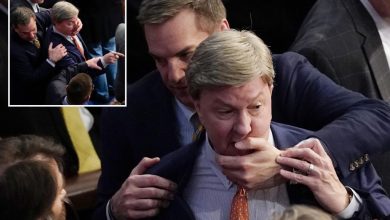 Rep. Mike Rogers leaps onto the floor of the House of Representatives towards Rep. Matt Gaetz after the ‘existing’ vote 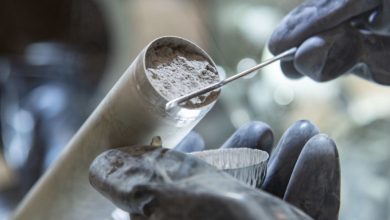 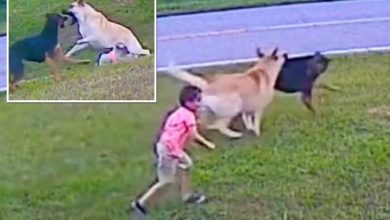