EDDIE HEARN has ’embarrassed’ Mairis Briedis after the Latvian got a Jake Paul tattoo.

The Matchroom promoter was confused by the ink and told the heavy cruiser to ‘be real’ and fight Lawrence Okolie.

Briedis, 36, is a three-time world champion and currently holds the IBF title with a weight of 200lbs.

He was 28-1 in his professional career and now wants to fight Youtuber Paul in a money spin.

And he is even willing to use ink to try to do so.

The experienced boxer showed off a new tattoo with Paul’s name on it.

It read ‘Jake’s Bad Karma’ and ran down his left thigh.

But To listen not impressed.

The promoter said: “Briedis is walking around like a, I mean, what is Briedis doing?

“He tattooed Jake Paul on his leg and called him out to fight. What is he doing?

“He has a unity there against Lawrence Okolie. I know he’s obligated.

“I mean, what a shame the guy is. By the way, an excellent boxer.

“But a world weight cruiser champion calls out Jake Paul’s name and has a tattoo that says something like Karma Jake….

“I mean, the tattoo is real or not, so what?

This is not the first time Briedis has called the Problem Child.

In May, his agent Kaller Sauerland suggested that Paul, 24, shoot his client in the belt.

He wrote on Twitter: “Hey Jake Paul – happy to arrange for you a shot at Mairis Briedis belt, only condition if you lose you have to quit boxing… Deal?”

Tommy Fury still identified as Paul’s next opponent after have to withdraw in their scheduled match last month with injury.

But Paul has teases the move to MMA, posted a clip of him practicing kicks while tagging Bellator and the PFL.

Britons can't stand the loss of cheese or chicken from their diet and go completely vegetarian, study finds

The Divided Nation: The Rise of Omicron Brings Another Endless War Against Another Eternal Enemy 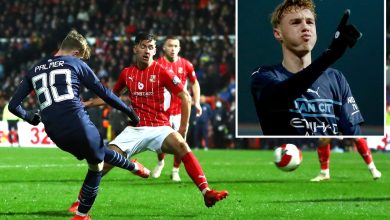 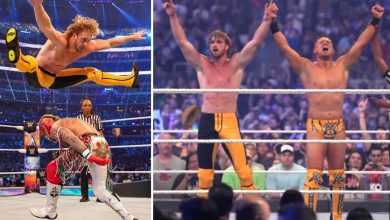 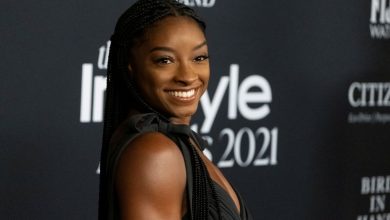 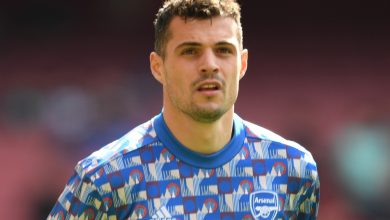 Granit Xhaka tells Arsenal’s keyboard warriors to ‘tell me I’m bitten on my face’ after 2019’s infamous ‘F*** off’ row.