This is the dramatic moment where drones are said to obliterate Russian tanks and missiles while Ukrainians cheer.

The footage shows a Russian vehicle with what appear to be missiles and a military tank exploding into fireballs as Putin’s invasion continues to collapse.

Although the footage was not immediately verified, it appeared on Ukrainian military social media channels.

And cheers could be heard in the background as the presumably Russian military planes burst into flames.

This comes as previous footage showed the moment A column of Russian tanks was destroyed by a Ukrainian ambush near Kyiv.

The attack reportedly claimed the life of another senior Russian commander as Vladimir Putin’s forces advanced on the capital.

Ukrainians have now claimed to have killed more than 12,000 Russians since Putin ordered his troops into their country.

The Russian tyrant expected a quick victory when he launched the invasion two weeks ago, but his forces have stalled and are now regularly attacking civilians.

Moscow’s forces are said to have made rapid advances towards Brovary, a large eastern suburb of Kyiv, in what is believed to be the start of an attempt to capture the city.

But video captured by a Ukrainian drone shows the tanks being artillery bombarded in the devastating ambush and forced to turn back.

An intercepted radio conversation appears to reveal that the column has suffered heavy casualties, with the regiment’s commander killed.

According to the Ukrainian Defense Ministry, the dead officer was Colonel Andrei Sakharov, commander of a tank regiment.

He was pictured being awarded the Order of Courage by Vladimir Putin himself in 2016.

His death adds to the number of Russian commanders killed during the invasion of Ukraine includes three generalswith the operation reportedly described as “Clusterf***” by a Kremlin insider.

Aleksey Danilov, secretary of Ukraine’s National Security and Defense Council, said the failures have now resulted in eight generals being fired as well. This is reported by Ukrainskaya Pravda.

He also revealed that the Russians changed tactics after slaughtering their troops.

The invasion also saw Russian Pilots shot from the skycaptured tanks huge traffic jams and videos from Sobbing shows soldiers after the surrender to the Ukrainians.

Zakharov’s death comes after that of Major General Vitaly Gerasimovwho was killed earlier this week in fighting outside Ukraine’s second largest city, Kharkiv.

Other footage from the ambush scene shows burning Russian vehicles on the road, including a terrible thermobaric rocket launcher.

Fighting in the Brovary region intensified, and it was alleged that the Russians had been terrorizing the local population, even using them as human shields.

“They shoot to scare people and force them to stay at home, steal what they can to get supplies and settle among residents so Ukrainian forces don’t bomb them,” Volodymyr said. a 41-year-old resident of Velyka Dymerka, nine miles from Brovary.

Overnight, Ukraine’s General Staff said Russian forces continued their “offensive operation” to encircle Kyiv while ramping up attacks on a number of other cities across the country.

“The night was quite difficult, but in general we can say that the Ukrainian army counterattacked near Kyiv,” he said.

Analysts at the Institute for the Study of War said the Russian mission to attack the Ukrainian capital is now underway.

Meanwhile, pictures show in Mariupol in southern Ukraine Corpses are placed in body bags and disposed of in mass graves after heavy shelling.

and Rockets rained down on Kharkiv the White House has warned that Vladimir Putin could be desperate to unleash biological and chemical weapons on Ukraine.

In Mariupol, workers were seen digging a 25-metre ditch in one of the old cemeteries in the besieged port city, making the sign of the cross as they pushed the bodies into the pit.

It comes after Russia shelled a maternity hospital in Mariupolkilled three, including a six-year-old girl.

Another 17 people were injured, including heavily pregnant women.

Kim, Khloe and Kourtney Kardashian's REAL skin was revealed in an 'unedited' behind-the-scenes video from the Variety interview

Homeless boy, 12, bought £130 Christmas present after showing up at police station with just a black bag 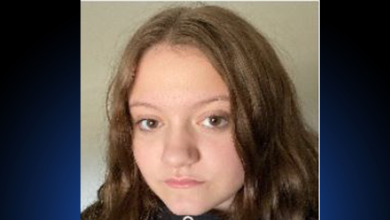 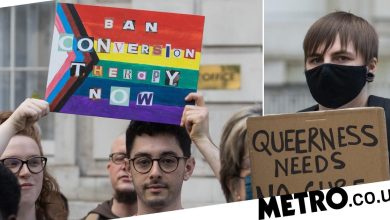 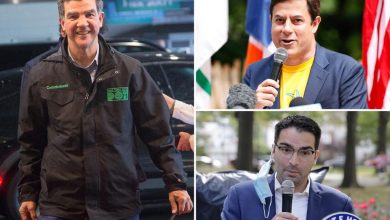