Bilingual teachers brought to work in New York schools from the Dominican Republic found service on their phones abruptly cut last week – adding to concerns they faced amid an investigation by Department of Education officials that they hired.

The disruption came without warning or explanation as city and federal authorities investigate complaints that Dominican teachers have been exploited and threatened.

“I realized it when one of the other teachers said to me, ‘Check your phone to see if it’s just mine that’s running low,'” one told the Post. “I couldn’t make calls, I didn’t have access to the internet.”

The teachers, who work with Spanish-speaking students learning English, said ADASA, a fraternal group of Dominican-American school administrators, has insisted on providing them with cellphones, each charging $60 a month for the service.

“We tried to buy one when we arrived,” said one teacher. “They said, ‘No, that’s not possible. You have no credit.’”

The teachers said they paid the $60 fee last month but will not pay this month because ADASA cut communication with them.

“We don’t see ADASA anywhere and they just cut it [phone] Line. We don’t know what happened because they don’t talk to us about anything at all,” one said.

ADASA could not be reached for comment. Teachers try to buy their own phones and services.

As reported by The Post, ADASA set up three dormitories in the Bronx, where at least 19 teachers each had to pay $1,300 to $1,450 a month for a single room and share a kitchen and bathroom with others. Several teachers who refused the agreements were fired and lost their visas, they said.

A co-op on Marion Avenue that houses three teachers was purchased in 2006 for $155,000 by Juana Polanco-Abreu, the late mother of Emmanuel Polanco, first vice president of ADASA and director of MS 80.

When asked repeatedly, city officials declined to explain why a woman who died several years ago is still listed as the owner in public records.

Most of the teachers paid rent to Daniel Calcaño, ADASA’s treasurer. Polanco’s wife, Sterling Báez, a DOE teacher, collected rent money from teachers in the co-op.

According to a report by the Post, Báez told the teachers they could move and offered to refer them to someone who could help them find a new place, they said.

“Thanks, but we don’t need your help. We prefer to do it ourselves,” the women replied.

The Polancos still have keys to the staff room and mailbox, which they can’t open themselves, they said.

The DOE removed Polanco from MS 80 last month and replaced him with an acting principal.

The special investigative officer for city schools is still reviewing the tenancies, a spokesman confirmed on Friday.

The teachers were afraid to speak up after being told not to say anything because of the ongoing investigation.

But they admitted they are under a lot of stress: “We don’t want the situation to affect our jobs. We have to be strong and do a good job,” said one.

The DOE did not respond to the Post’s request for comment. Chancellor David Banks has commented on NY1, calling ADASA “an amazing group”.

“They came to me with this idea to help us find more bilingual teachers. It wasn’t my idea, they actually came. It was innovative, it was out-of-the-box thinking.” 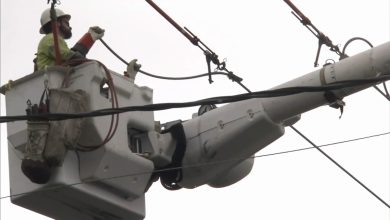 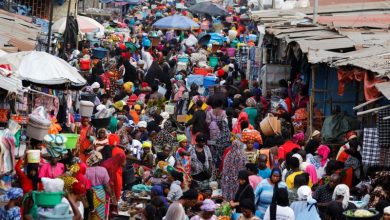 Gamblers vote with marbles in the crucial stability test 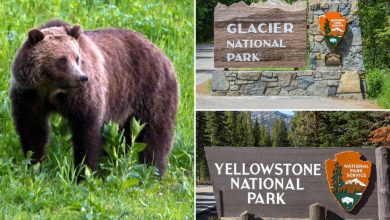 US may lift protections for Yellowstone and glacier grizzly bears 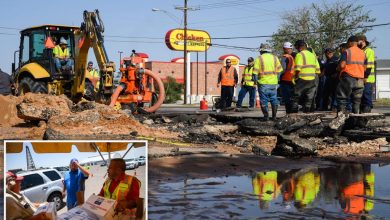 Residents of Odessa, Texas without water for two days during a heat wave