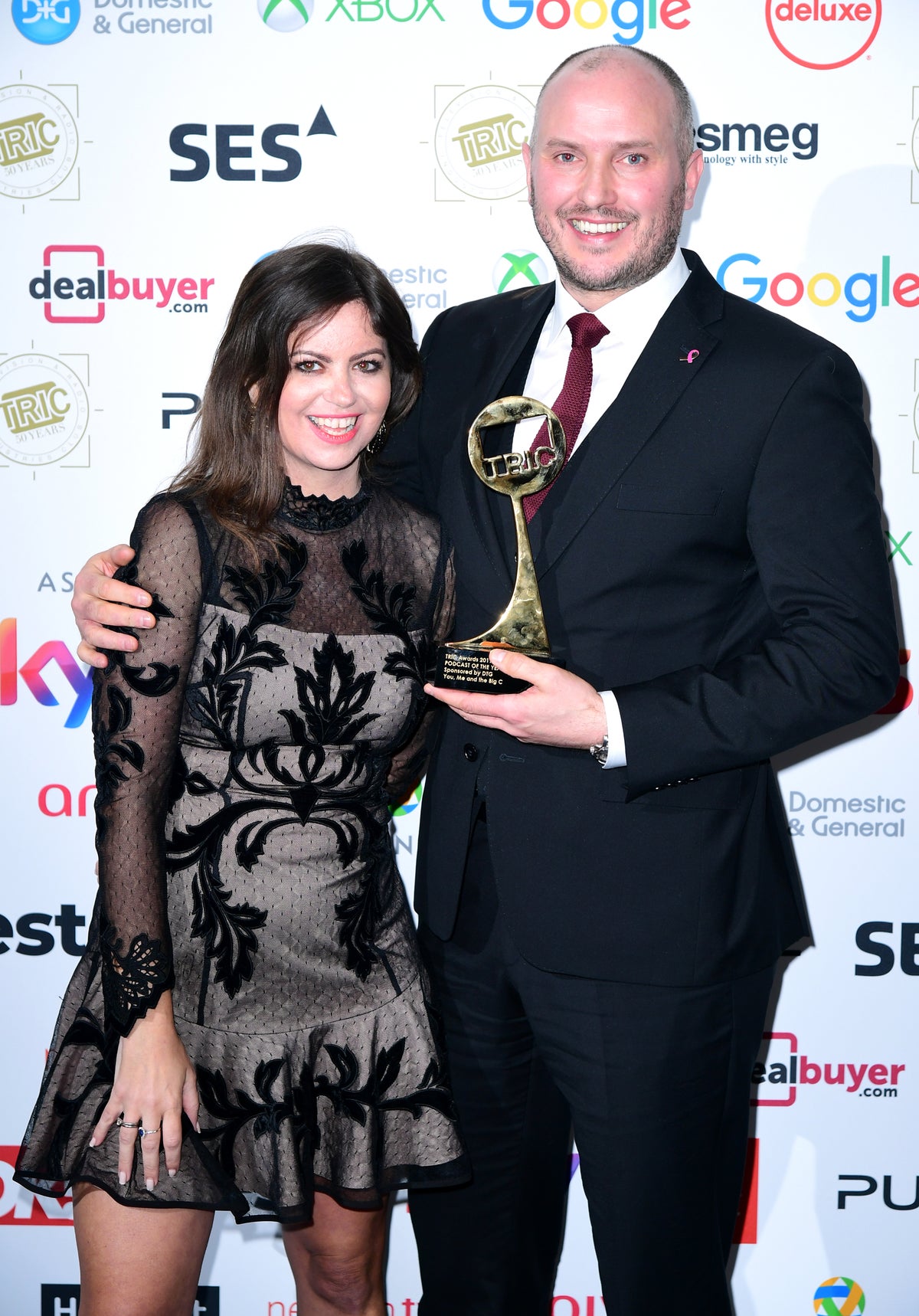 DAme Deborah Jones has died at the age of 40 after a six-year battle with colon cancer.

In a statement posted to Instagram on Tuesday, June 28, her family said: “We are deeply saddened to announce the death of Dame Deborah James; the most amazing wife, daughter, sister, mom. Deborah passed away peacefully today surrounded by her family.

“Deborah, who many of you know as Bowelbabe, has been an inspiration and we are incredibly proud of her and her work and dedication to charitable campaigns, fundraisers and her endless efforts to raise awareness of the cancer that has touched so many lives .

“Deborah shared her experiences with the world to raise awareness, break down barriers, challenge taboos and transform the conversation about cancer. Even in her most challenging moments, her determination to raise money and awareness was inspirational.

“Thank you for giving us time as a family and we look forward to continuing Deborah’s legacy through the @bowelbabefund well into the future.”

“Thank you for playing your part in her journey, you are all amazing.

“And a few last things from Deborah… ‘Find a life worth enjoying; To take risks; to love deeply; regret nothing; and always, always have rebellious hope. And last but not least, check your poop – it could save your life.”

On Monday, May 9, the activist announced that she had been transferred to a home hospice. In a post on her social media channels, she said: “The time has come to say goodbye.”

Clarkson wrote, “Love you Deb, thank you for being a phenomenal friend and unrelenting inspiration,” while Reid said, “You are the most incredible person. I send my love to you and your family.”

“You changed so many people’s lives, you spread so much joy and kindness,” Piper added. “An eternal effect.”

Educator-turned-cancer activist James has never shied away from the reality of her illness since she was first diagnosed with stage 4 colon cancer in 2016 at the age of 35.

The podcast host has worked tirelessly to raise awareness of the fact that colorectal cancer is diagnosed at a young age through charity Bowel Cancer UK’s Never Too Young campaign.

In the six years since her diagnosis, James has run marathons, organized a charity ball and attended numerous fundraisers between cancer treatments, successfully raising £60,000 for the charity when she was named patron in February 2021.

She was popular for her candid and open approach to sharing her experiences of living with the disease. Her candid discussions with co-hosts Lauren Mahon and Rachael Bland on the award-winning podcast You, me and the Big C resonated with hundreds of thousands of listeners across Britain.

No cancer-related topic was off-limits to James’ podcast discussions and her online column The sun, things cancer made me say. From the brutal effects chemotherapy had on her body, to near-death experiences, to celebrating her body despite internet trolls, James’ distinctive voice paved the way for difficult, funny, and intimate conversations about cancer.

James wrote in her social media posts on Monday May 9 that this was “the message I never wanted to write” but added that she was surrounded by her “amazing family”. James was married to Pomona Capital banker Sebastien Bowen, with whom she shared two children, 14-year-old Hugo and 12-year-old Eloise.

In her post, she added: “No one knows how long I have left.

“I know that we have left no stone unturned. But even with all the innovative cancer drugs in the world, or some magical new breakthrough, my body just can’t keep going.”

Before becoming an outspoken activist and fundraiser for cancer treatment and education, James was an assistant principal. She was diagnosed with stage 4 colon cancer in December 2016 and has since shared her journey in finding treatment with her 600,000 Instagram followers.

James detailed how she received her diagnosis in December 2016, saying she began seeking medical advice “after a change in bowel habits,” but was reassured by her doctors there was nothing wrong.

“And yet I was still losing weight, losing blood, walking like 100 times a day and feeling shattered,” she said. “I knew there was something wrong with me… for the first time I was scared — very scared of going forward.”

James later went to a private medical provider to have a colonoscopy, which revealed a mucinous tumor, a subtype of colon cancer that occurs in 10 to 15 percent of colon cancer patients.

The tumor also had a BRAF mutation, “the rarest and most difficult to treat because it’s unresponsive [chemotherapy], aggressive makeup or the lack of “miracle” immunotherapy,” she wrote. The mutation occurs in a gene that makes a protein involved in cell growth, which can cause cells to grow and divide too quickly.

James began the co-presentation You, me and the Big C in 2018. Her co-host Bland died six months after the show started at the age of 40 after being diagnosed with breast cancer two years earlier.

The podcast won multiple awards after being praised for its style of discussing the disease in the “confessional.” It won Podcast of the Year at the Television and Radio Industries Club Awards in March 2019.

James has also authored two books. The first is titled F*** You Cancer: How to face the Big C, live your life and still be yourselfreleased in 2018, and their second, How to live when you could be deadwas released in April 2021.

In 2020, James was named JustGiving Celebrity Fundraiser of the Year and also received an honorary doctorate from Royal Marsden School, where she was invited to speak at the graduation ceremony.

During the Covid-19 pandemic, James has made it his mission to highlight the impact of the virus on cancer patients. She shared the personal stories of patients affected by tests and treatments canceled as a result of lockdown on BBC Panorama’s Britain’s Cancer Crisis Documentary film released on July 6, 2020.

As part of her farewell message, James performed her final major act of charity by referring her followers to her Bowelbabe Fund for Cancer Research UK to raise money to fund clinical trials and research into personalized medicine for cancer patients, and to support fundraisers to raise awareness colon cancer.

Within 12 hours of launch, the fund surpassed its original target of £250,000 to reach £1m on 10 May. By the end of June, the fund had raised more than £6million. In an Instagram Story, James wrote: “The most generous people I know. Let’s show the cancer who’s boss!”

James was also honored with a damehood for her campaign efforts. Announcing the news on Thursday May 12, Prime Minister Boris Johnson said: “If ever an honor was well deserved, this is it. Deborah was an inspiration and her honesty, warmth and courage were a source of strength to so many people.

“Through her tireless campaign and by being so open in sharing her experiences, she has not only helped in our fight against this dreadful disease, but has also ensured that countless others have not felt alone with the Big C.”

In response to the title in the weeks leading up to her death, James said she was “blown away” and “cried with the honor”.

In a message on her Bowelbabe Fund website, James said she plans to take things “day by day, step by step and grateful for another sunrise.”

“Everyone around me has been working incredibly hard over the last few weeks to get everything right. My whole family is around me and we will dance through this together, sunbathe and laugh at every possible moment!”

https://www.independent.co.uk/life-style/deborah-james-obituary-death-legacy-b2078332.html Dame Deborah James: The Life and Legacy of the Colon Cancer Activist

The Metropolitan Museum of Art is NYC's most expensive museum 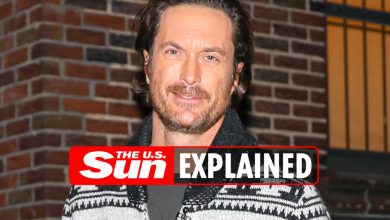 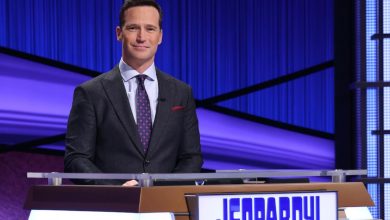 ‘Danger!’ gets a new boss after the Mike Richards scandal 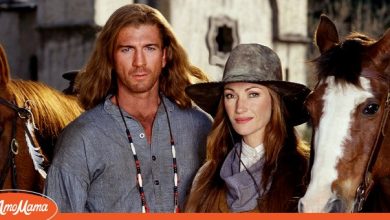 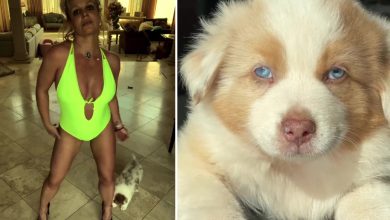