The billionaire — the brand-new owner of more than 2,000 acres of prime farmland in northeastern North Dakota — is adding a little more luxury to his burgeoning real estate portfolio: Rome’s Palazzo Marini. Gates is reportedly planning to convert the 17th-century building near the fabled Spanish Steps into a six-star hotel.

The building is very close to the Trevi Fountain, Piazza di Spagna and Via Condotti and not far from Piazza Navona and Via Veneto.

The palazzo is reportedly a “true fixer upper,” having been used in recent years as a pop-up Ikea store selling kitchen essentials and a canteen for lawmakers in the country’s lower house.

Gates and the prince are likely to spend big bucks to transform the four-block building in the heart of Rome into a luxury hotel that will reportedly have about 100 rooms and possibly space for a conference center, gym and spa .

It is planned as a “six-star” hotel, although such a classification does not officially exist. According to at least one travel writer, other high-end hotels worthy of six stars include the Burj Al Arab in Dubai, the Baur au Lac in Zurich, the Le Bristol in Paris, the Mandarin Oriental in Thailand and the Taj Falaknuma Palace in the south of India.

Gates and Prince Alwaweed were hampered in their efforts to buy the venerable Danieli Hotel on Venice’s Grand Canal earlier this year because the Venetians didn’t want foreign investors to take control of the property.

North Dakota’s Attorney General recently asked the Gates Trust, which acquired the land in North Dakota, to explain how it will be used to ensure rules of the state’s anti-corporate farming law are followed. This law prohibits any corporation or limited liability company, with some exceptions, from owning or leasing farmland or ranch land.

North Dakota’s agriculture commissioner told a regional TV station that many people feel they are being exploited by the super-rich, who are grabbing local land but don’t necessarily share local values.

Some of Gates’ many critics have long been skeptical about how some of his philanthropy seems to benefit him and other big corporations. The Nation reported in 2020 that of the Gates Foundation’s 19,000 charitable giving, nearly $2 billion in tax-deductible charitable giving went to some of the world’s largest and most powerful corporations, such as GlaxoSmithKline, Unilever, IBM and NBC Universal Media.

Gates is now the country’s largest private farmland owner and a budding hotelier – businesses that have picked up steam since his messy divorce from his 27-year-old wife Melinda French last May.

“The question is why did people consider him a benevolent tsar for global well-being when normally his own well-being seems to come first.”

Gian Lorenzo Bernini began building the Palazzo Marini in 1650, which has hosted many noble families over the years. Pope Innocent XII. eventually took over the reins and briefly became the seat of the Pontifical Court.

The building has fallen into disrepair in recent years after a developer was forced to sell it at a discount after being arrested for bribery in 2016.

Locals hope the transformation of the Palazzo Marini into a top-notch hotel will breathe new life into Rome’s ailing tourism economy. During the pandemic, 410 hotels out of 1,200 in the city closed.

Gates’ Cascade Investment took control of Four Seasons Hotels and Resorts in September 2021 by buying about half of Prince Alwaleed bin Talal’s stake for $2.21 billion.

Prince Alwaleed will continue to own the remaining stake through his investment vehicle Kingdom Holding Co, Four Seasons said in a statement last year. Alwaleed is worth around $18 billion.

The Four Seasons didn’t respond to a call from The Post.

The prince’s holdings include shares in Lyft, Twitter, Citigroup, the Hotel George V in Paris and the Savoy Hotel in London. Alwaweed is also one of the outside supporters of Elon Musk’s upcoming takeover of Twitter.

Gates’ myriad real estate investments are often much less conspicuous than his recent acquisition in Rome.

Last year, a reporter for the Land Report tracked down the new owner of 14,500 acres of prime farmland in eastern Washington — purchased for $171 million — to an LLC with earnings of less than $300,000 and just two employees in tiny Bayou- City of Monterey, Louisiana .

He eventually returned the LLC to Cascade Investments and Gates. Cascade has been helmed since 1994 by reclusive Michael Larson, who, according to The New York Times last year, fostered a “culture of fear” at the company. 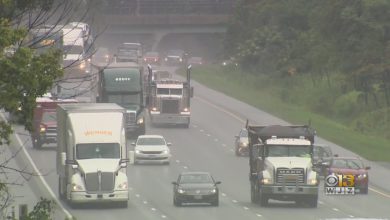 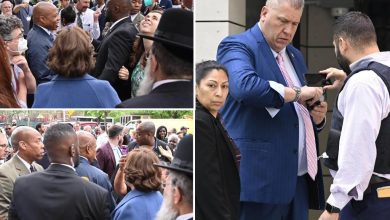 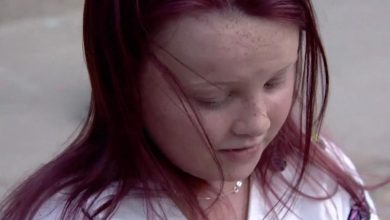 Khloe Torres, a survivor of the Texas school shooting, recalls the moment her best friend, a teacher, was shot to death 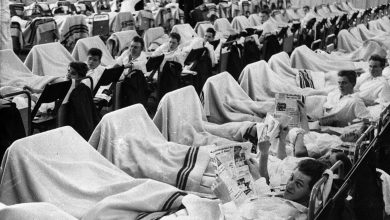 End of COVID pandemic: Experts look for clues about past epidemics, including the flu