Twenty-three-year-old Mick Schumacher, son of legendary F1 driver Michael Schumacher, has had a rough start to his summer break as the Haas f1 team has halted all contract negotiations with the driver. This is because of a slew of unusual moves during this year’s F1 silly season, however, it is safe to assume the biggest amongst these is the fact that Mattia Binotto, the Team Principal of Scuderia Ferrari, has stated that he is “no longer convinced” about the former F2 champion’s potential. Who would like to take bets on how long it will take before this decision will also come back to bite Mattia Binotto? As a matter of fact, there is a great app for you to try if you are interested in mobile betting. Go check out this SBK betting review after this article and see for yourself.

Mick’s contract woes are only exasperated by the fact that Aston Martin’s available seat has been snatched up by Fernando Alonso, a four-time world champion. It is worth mentioning that Guenther Steiner has made it clear that he is not uninterested in the German prodigy; it is more the fact that he now does not feel pressured to sign Mick to a contract before it ends because the German driver does not have anywhere else to go.

Is Mick Schumacher Worth Keeping?

Last season when compared to his teammate Nikita Mazepin, Mick seemed to be far and away the more dependable and talented driver. Let us be honest though, that is not a very high bar to overcome. This season, however, Mick’s teammate is the very experienced driver Kevin Magnussen, who from the very first moment of stepping into the new 2022 car seemed to have the upper hand on young Schumacher. Mick has also not been without fault this year with a handful of spins and crashes that must be a heavy weight to bear in a season with the lowest cost cap in Formula 1 history. Understandably, Guenther Steiner is in no rush to renew Mick Schumacher’s contract. Here is the rub though, it is well known that the young Schumacher struggles to get used to a new formula series when he first enters it. His first year in F2 was nothing special either. What about his second year? Well, that is the year he won the championship. Yes, this is his second year in Formula 1, and no, he is not exactly fighting for wins, however, let us not forget that the 2022 season does mark a massive regulation change from the old-style down-force cars to the new ground-effect down-force style of cars. So in effect, it can be seen as Mick’s first year with the new type of cars, not to mention that drivers with far more experienced drivers in much better-funded teams are also struggling with the new cars. You have to look no further than the immensely talented Daniel Ricciardo in his Papaya Mclaren to see that these cars are not easy to hustle around a track.

I believe that Haas F1 and team principal Guenther Steiner have every intention of resigning Mick Schumacher for 2023. The team is just taking every liberty afforded to them, which we can not hold against them. It is the infamous silly season, after all, who knows what on earth is going on over at Alpine and their driver situation? There are going to be many more crazy stories in the coming weeks, so strap on your racing harnesses, adjust your Hanz devices and make sure your visors are clean because it is going to be a wild ride. Fernando Alonso and Oscar Piastri may have got us off to a pretty rambunctious start, so let me keep those crazy vibes going with a prediction from my helmet-shaped crystal ball. You read it here first folks. Mick Schumacher at Alpine F1 and Colton Herta will leave Indy car to sign for Haas F1 for the 2023 season and we will finally have an American driver in our American F1 team. Now, if only we can get Gunther a green card?

Death of Vincent Gil: Mad Max's Nightrider dies at the age of 83 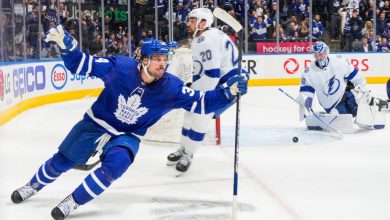 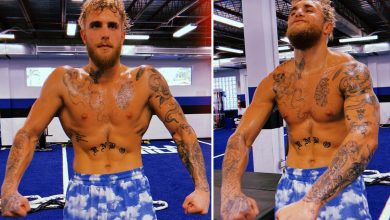 Jake Paul poses topless ahead of rematch with Tyron Woodley after putting ‘bounty’ on top with 500,000 KO prize money 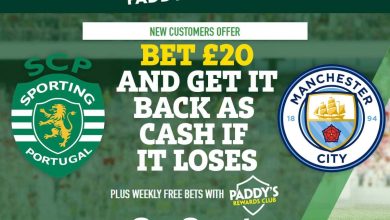 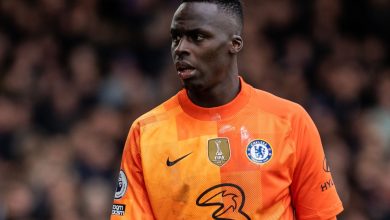