Christine McVie, a longtime member of Fleetwood Mac, has died at the age of 79.

She died in hospital after a short illness, according to a statement from her family released on Wednesday (November 30).

They added, “We want everyone to keep Christine in their hearts and remember the life of an incredible human being and adored musician who was loved by all.”

After joining Fleetwood Mac in 1970, McVie wrote some of the band’s best known and most commercially successful songs.

Here are six key tracks penned by Christine McVie that you can listen to as a tribute.

Album: Heroes are hard to find

Included on the group’s ninth studio album, Heroes are hard to find (1974), is McVie’s Come a Little Bit Closer.

There is little information about the actual song, but the album itself was the first recorded by the British-American band in the States.

It was also former bandmate Bob Welch’s last record with Fleetwood Mac before his departure in late 1974. He was replaced by Stevie Nicks and Lindsay Buckingham.

“Over My Head” ended the band’s six-year dry spell on the American music charts and was their first single to chart in the United States billboards Hot 100 since her 1969 “Oh Well.”

Inspired by her working relationship with bandmate Lindsay Buckingham, who McVie once described in an interview as “that kind of guy, he could be stone cold and then awesome,” she “took the feeling I was feeling and turned it into a song.”

It was chosen as the group’s lead single from their 1975 LP Fleetwood Mac, a decision by US label Reprise Records that surprised the band, who initially believed the song was the “likeliest track on Fleetwood Mac to be released as a single”.

Inspired by McVie’s affair with the band’s lighting director, Curry Grant, “You Make Loving Fun” was the fourth and final single from the band’s most popular album. rumours (1977).

At the time, she told then-husband and bandmate John McVie to “avoid flare-ups” that the song was about her dog.

“You Make Loving Fun” became a staple at Fleetwood Mac concerts. They played it during every tour McVie was on from 1976 to 1997.

It was laid to rest a year before McVie’s retirement and departure from the band, but was later revived for a short time when she rejoined for her 2014–15 tour.

McVie wrote four songs entirely on his own on Fleetwood Mac’s biggest album, rumours. One was the haunting and sentimental ballad “Songbird,” which came to her late one night after a recording session with the band in March 1976.

She wrote the song in 30 minutes and stayed up all night to make sure she didn’t forget the chord structure and melody before she had someone to help her record it.

Though it took several tries to get it right, “Songbird” as we know it was recorded live in one take at the suggestion of music producer Ken Caillat.

She sings and plays piano on the track, accompanied by Lindsay Buckingham on acoustic guitar.

Earlier this year, McVie released a new version of the song, using the original vocal track with a new string arrangement. It is currently nominated for a Grammy Award at the 2023 awards in the Best Arrangements, Instruments and Vocals category.

McVie’s marriage to keyboardist/songwriter Eddy Quintela led to the creation of several songs – perhaps the most famous being the 1987 hit “Little Lies.” She provides lead vocals on the record, backed by backing vocals from Stevie Nicks and Lindsay Buckingham.

The song reached number five on the UK Singles Chart and number four on the US Billboard Hot 100 in November 1987. “Little Lies” remains Fleetwood Mac’s most recent top 10 hit in the US.

The song has been heralded as a signature sound of the late 1980s.

“Everywhere” was recorded between 1985 and 1986 and written entirely by McVie.

In a 2019 BBC Four documentary Fleetwood Mac’s Songbird – Christine McVieMcVie said of the song’s sparkling, distinctive intro: “[Buckingham] I slowed the tape down, really slow, and played the parts slowly, and then when it got the right speed, it sounded amazing as hell.”

One of Fleetwood Mac’s most popular songs, “Everywhere” has been performed by many other artists, including Paramore, Vampire Weekend, Niall Horan and Anne-Marie. 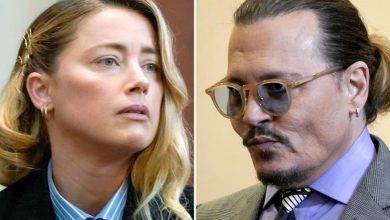 Depp v Heard: How courtroom live streaming turned an ugly fight between exes into a circus 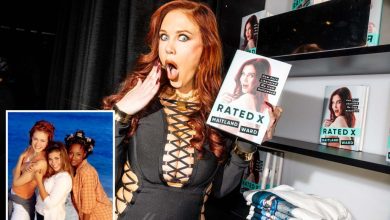 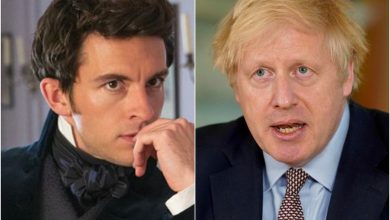 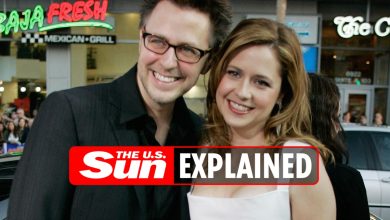 Who is James Gunn’s ex-wife?