China’s surge in COVID-19 cases after the government abruptly lifted strict restrictions had wreaked havoc in ill-prepared and understaffed hospitals, as long lines of anxious residents flooded the clinics.

With limited exposure to a disease that has so far been largely kept under control, China is unprepared for a wave of infections that could overwhelm its fragile health system and cripple businesses as its economy continues to shrink, analysts said.

In Beijing, about 80 people huddled in the cold outside a fever clinic in the high-end Chaoyang district as ambulances drove by.

A Beijing government official said Monday night that visits to such clinics rose to 22,000 a day, up 16 times from the previous week.

Some medical facilities are struggling to find enough staff and others are suspending or postponing non-COVID treatments, including dialysis and chemotherapy.

State media have urged people with mild symptoms to stay at home and not call the Beijing medical emergency number to free up resources for those who are seriously ill.

Staffers at at least one hospital in the capital have been asked to continue coming to work even if they have COVID, provided their symptoms are mild, a medical worker told Bloomberg News.

At another hospital in Beijing, doctors and nurses were reportedly ordered back to work from vacations.

Some institutions have reported staff shortages of up to 20%.

China has 138,000 intensive care beds, director-general of the Bureau of Medical Administration of the National Health Commission, Jiao Yahui, said at a news conference on Friday. That is less than one in 10,000 inhabitants.

Local cases have been falling in recent weeks since a peak of 40,052 in late November, official figures show. Sunday’s number of 8,626 was down from 10,597 new cases the previous day.

It’s not clear how much infection numbers have risen since Beijing ended mandatory up to once-daily testing in many areas last week.

But interviews and social media accounts say there are outbreaks in businesses and schools across the country. Some restaurants and other businesses have closed because too many employees are ill.

The virus testing center in Beijing’s Runfeng Shuishang district was closed because all of its employees were infected, the neighborhood government said on its social media account on Saturday. “Please be patient,” they said.

China’s official total of 363,072 cases has risen nearly 50% from the Oct. 1 level, following a series of outbreaks across the country. The official death toll is 5,235, compared to 1.1 million in the United States.

In an op-ed Monday in the state-backed Shanghai Securities News, Zhang Wenhong, head of a team of experts at the trade hub, said the current outbreak could peak in a month, although an end to the pandemic could be three to six months away.

China has halted testing ahead of many activities, eased quarantines and prepared to shut down a mobile app used to track the travel histories of its 1.4 billion citizens as the country seeks to join much of the rest of the world to live with the virus.

In a WeChat post, Zhang’s team said that despite the surge, the current strain of Omicron has not caused any long-term damage and people should be optimistic.

“We are about to exit the tunnel; Air, sunshine, free travel, everything is waiting for us,” the post reads.

“Try not to go out as much as you can…” the messaging app WeChat said. “Be the first to take responsibility for your own health, let’s do this together.”

Such news seems to have gotten through to some, who say they are reluctant to visit crowded places or dine out in restaurants.

However, China is pushing to facilitate nationwide travel, although overseas travel may still take a while.

A state-mandated mobile app that identifies travelers in COVID-hit areas will shut down at midnight Monday.

But experts warn that China’s ruling Communist Party still has the option to do an about-face and reintroduce restrictions amid fears hospitals may be overwhelmed.

Tom Cruise told Emily Blunt to stop being a pussy after she cried on set, the Edge of Tomorrow star claims 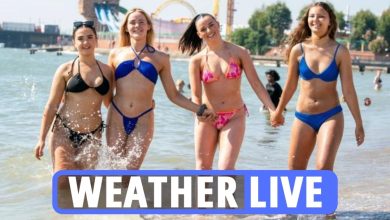 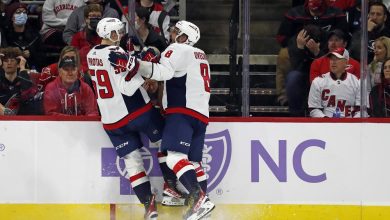 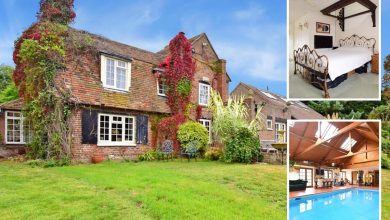 The ‘charming’ three-bedroom house with its own garden and swimming pool is for sale for £875,000 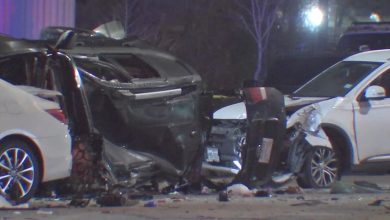