Casey Anthony’s father was seen outside his Florida home on Tuesday for the first time since she renewed allegations that he had sexually abused her.

George Anthony, 71, was seen working in the garage of his Orlando home on Tuesday as he was thrust back into the spotlight ahead of an upcoming documentary about the death of Casey Anthony’s 2-year-old daughter Caylee in 2008.

In her first on-camera interviews 11 years after she was acquitted of her daughter’s murder, Casey Anthony also blamed her father for little Caylee’s death.

Casey Anthony, now 36, said she “still [doesn’t] knows what happened to Caylee,” but added, “It all comes back to my dad,” in an interview for the new Peacock series Casey Anthony: Where The Truth Lies.

She claimed her father repeatedly raped her as a child – after smothering her with a pillow – and fears he may have abused Caylee as well.

“I know what he did to me – and that was my fear. I had a job — to protect her,” she said through tears from Caylee.

“I let her down over and over again because I was still protecting the person who hurt me,” she said of her father.

Caylee was reported missing on July 15, 2008 – a month after she was last seen alive. Six months later, her skeletal remains were found in garbage bags wrapped with duct tape in a wooded area near the family home.

Casey Anthony said she was woken up by her father on June 16, 2008 and asked where Caylee was. After a feverish search, she said she went outside and saw her father “standing with her.”

“She was soaking wet. I can see him standing there in his hands and telling me it’s my fault that I did that — that I caused that,” she said.

“But he didn’t rush to call 911 and he didn’t try to resuscitate her. And I just collapsed with her in my arms,” ​​she said, recalling being “heavy” and “cold.”

“As I’m sitting there with her on my lap, just being hysterical — just staring at her and not knowing what to do — he takes her away from me and he immediately softens up and tells me, ‘It’s going to be okay.’ That she would be fine.

“That’s what he said to me, and I wanted to believe him — because I wanted her to be okay,” she sobbed.

According to the show, George Anthony did not respond to questions from the filmmakers. However, he has vehemently denied molesting his daughter or being responsible for his granddaughter’s death many times in the past.

Raven-Symoné claims she was "fished" for joining The View. 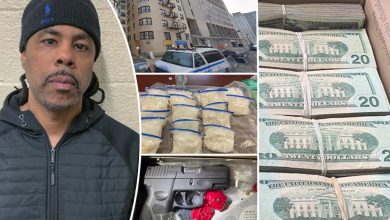 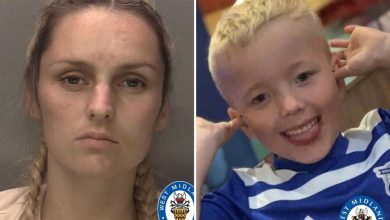 Monster stepmother who tortured Arthur, 6, ‘felt sorry for herself’ and never mentioned the boy she killed, roommate says 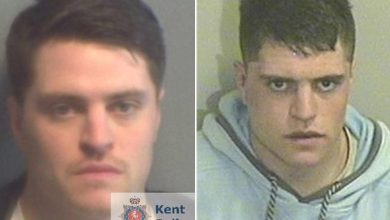