The video shows that Hueser had lunch under the clock.

High school freshman Riley Kelly had just bitten into a cheeseburger when he realized “something was wrong.”

“I just didn’t chew it all the way through,” Kelly said. He reached for his milk, but it didn’t seem to help. His neighbors at the table didn’t seem to notice that he grabbed his throat. The students then called for help.

“I had a little trouble opening my milk because the panic was building,” Kelly said. “I was like drinking the milk and I didn’t feel any movement, I just felt the milk being kind of held in my throat and I just couldn’t breathe.”

Meanwhile, Hueser was still working on his laptop before he jumped up and immediately performed the Heimlich maneuver on Kelly.

“It was all so sudden. It was like a flash in my head, but at the same time it was great, damn slow,” Kelly said. “Only this universal sign, you know they suffocate and sure enough.”

In such moments, valuable seconds count.

“All I remember is like the fear. Next thing you know, I was rescued,” Kelly said.

A few good jabs and the chunk of the cheeseburger was out.

“Every two years, when we have to do cardiopulmonary resuscitation, I think, oh man, we really have to do it again, and it definitely paid off this time,” said Hueser.

Kelly says he’s grateful to a coach he’d never met up until that moment.

“I would definitely like to thank you very much. I really appreciate that,” Kelly said.

Hueser says he’s not a hero. He’s just grateful that Kelly’s still around at lunchtime.

“Any teacher or coach would have done the same. I just happened to be there,” said Hueser.

Kelly says he’s had something like this happen to him before, where he got something stuck in his throat and he can wash it down nine times out of ten.

Luckily Hueser was there this one time out of 10. 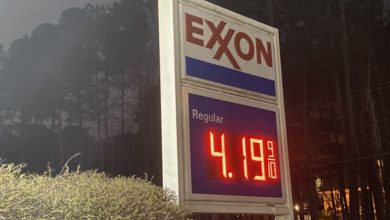 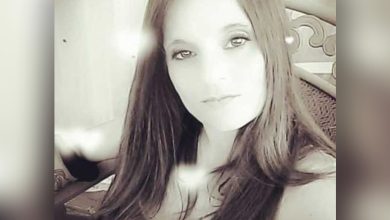 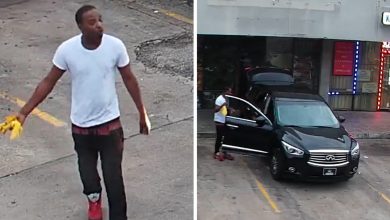 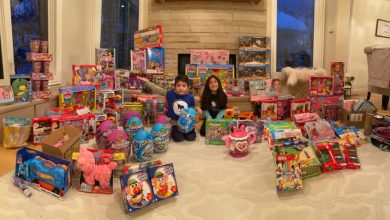