AUGUSTA, Georgia — Cameron Young has made the most of his rookie year on the PGA Tour.

He already has two second-place finishes — at the Genesis Invitational and at Sanderson Farms — that put him in the top 50 in the world rankings and earned him an invite to this week’s Masters, his first.

The 25-year-old, from Scarborough, played his youth golf at Sleepy Hollow Country Club, where his father David is a longtime head professional, and is now playing for a green jacket this week.

When he qualified for the US Open in Pebble Beach in June 2019, he placed 2,066. place in the world rankings. About a year and a half ago, Young didn’t have any status on any tour. This resulted in a temporary membership status with the Korn Ferry Tour, requiring one to rely on Monday qualifiers to enter tournaments.

Then last year he won two Korn Ferry events and got his PGA Tour card. And here we are. He tees off alongside Min Woo Lee and Hudson Swafford in the opening round of the Masters Thursday at 8:55 a.m.

“It’s something you have to dream about and look forward to playing at a high level when you’re young,” Young told the Post. “It’s sort of the pinnacle of what we’re doing.”

After hitting the world No. 1 ranking two weeks ago, Scottie Scheffler said he never dreamed that big.

When asked if he’d ever dreamed of playing in a Masters, Young said, “It’s always a dream until you actually sit here. It was something I’ve always wanted, and then this fall it became a very real possibility and became more of a goal than a dream earlier this year.”

Stewart Hagestad lives a certain life. He’s an amateur golfer playing in his second Masters this week. Many PGA Tour pros are not allowed to compete in one Masters, let alone two.

In 2017, while interning in Manhattan and playing golf at Deepdale on Long Island, Hagestad became the first mid-amateur champion ever to make the cut at the Masters, finishing 36th.

“They’re both obviously very special,” Hagestad told the Post. “When I got it [invitation] Letter around Christmas time, I was in tears for about two hours. It was pretty surreal. I almost think I was more emotional for this one than the first one. The first time you look back and don’t really understand or know the impact it’s having on your life.”

Hagestad, who grew up competing against players like Jordan Spieth, has maintained his amateur status while he’s on the verge of earning his MBA and working for a Chicago-based private equity firm.

When asked after playing a practice round with Will Zalatoris, who finished second at last year’s Masters, and Young as to why he isn’t influenced by the attraction of going pro, he said: “I’ve got the second best ball forward in the world right now seen [Zalatoris] for 18 holes and the other kid who almost beat Joaquin Niemann [Young at the Genesis]. No I’m fine.”

One of Young’s playing partners, Lee, had his sister, Minjee Lee, the No. 4 women’s player in the world and a major championship winner, caddy for him in Wednesday’s par-3 contest. He said his mother wanted Caddy, but Minjee nudged her.

“It’s my first time at Augusta National,” Minjee, who won the Evian Championship last year, told Australian Golf Digest. “It’s pretty surreal to be here and watch my brother practice for the Masters.”

Min Woo Lee, 23, played his last four practice holes ahead of Tiger Woods on Wednesday and was stunned by the huge crowd. He said: “I almost had to speak to the crowd just to calm the nerves.”

After his practice round, Min Woo Lee played the par 3 with his sister on the bag, which was eventually abandoned due to the dangerous weather.

“It’s a great honor for Min Woo to play in the Masters; He’s been watching the tournament on TV his whole life and it’s a big dream come true for him,” said Minjee. “He drove up Magnolia Lane this morning and I took a video of him driving in. It’s so cool to be able to experience it with him at his first Masters and with my parents for the first time in Augusta.”

https://nypost.com/2022/04/06/cameron-young-living-his-dream-at-the-masters/ Cameron Young is living his dream at The Masters

Person hospitalized after jumping out of moving car on Highway 290 in northwest Harris County, sheriff says 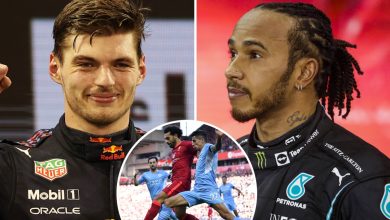 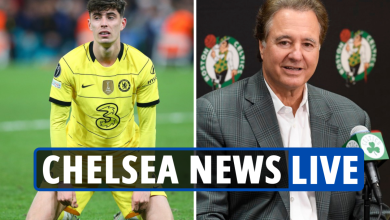 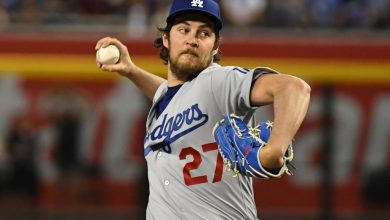 Dodger’s drama looms as no one “wants to stand” with Trevor Bauer. 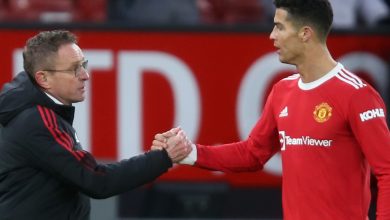