BALTIMORE (WJZ) – Business owners on The Block protested outside City Hall on Tuesday, saying a bill in the Maryland General Assembly that would shut down strip clubs and street bars at 10pm would cripple their livelihoods.

“Just because our work is a little different from our normal day-to-day work doesn’t mean it’s not equal for everyone,” she said. “It’s just that you chose that career path, and we chose this path.”

Nathaniel Brown, owner of Lust at 408 E. Baltimore St., said he has a lot of employees that depend on his business.

“I’ve been putting in the hard work for seven years and putting everything in the right place as a business owner, and they’re just trying to take it,” he said.

Thiru Vignarajah, a former Maryland deputy attorney general and political candidate who is acting as an owner’s spokesman, questioned the rationale for the act, which supporters say is counterproductive. Respond to increased crime from strip clubs, bars and adult shops.

He also noted the proximity of businesses to the Baltimore police headquarters, which is adjacent to 400 E. Baltimore St.

“If you can’t keep The Block safe when police headquarters are a stone thrown away, what do you do when crime spirals out of control in Fells Point or Edmondson Village? In Canton or Federal Hill? ‘ he asked. ‘You shut down those businesses, too.’

Owners on The Block benefit from a safer environment that makes customers and tourists feel comfortable and have cooperated with police in previous investigations, Vignarajah added.

With the battle for The Block’s future raging in the state legislature, he called on the mayor and city council to come forward to protect businesses.

Introduced on January 12, Senate Bill 222 would require businesses on the 400th block of E. Baltimore Street with a Grade A or Grade BD-7 liquor license or adult entertainment license to close by 10 p.m. The text outlines an area bounded by E. Fayette Street to the north, Water Street to the south, Holliday and Commerce Streets to the west, and Gay Street to the east.

Although police headquarters are located adjacent to The Block, officials say the number of police deployed to the area has put a strain on Central District resources.

READ MORE: Investigating the shooting at the student apartment building in Towson

“Violence within and in the aftermath of the City of Baltimore’s Central Business District has increased dramatically in recent months despite strong and consistent actions by the Baltimore City Police Department.” He said, later adding, “Many of those were brazen incidents with police officers in the vicinity. “

Lawmakers involved with the proposal say that, unlike other counties where bars operate at night, owners of The Block businesses do not

“We met with them many times to give them a chance to take control of the situation, and they failed to do so so this is an act of inducement. Because they haven’t been able to clean it up for themselves, it will now be cleaned up for them,” Costello said.

On January 21, business owners hold a press conference to push back.

Speaking Tuesday, the owners challenged accounts of meetings with elected officials. They said they had not met Ferguson, Lierman, Clippinger, Harrison, Mayor Brandon Scott or Baltimore State Attorney Marilyn Mosby to discuss the issues on the street.

Wantland claims Costello showed up at a meeting last summer and left after five minutes.

Speaking to WJZ, the councilor called that feature a “serious mistake,” saying he’s met the owner five or six times in the past seven years.

Costello said he most recently attended with the owners a meeting at the Staybridge Suites hotel on September 13 and stayed for about 50 minutes. The meeting took place almost a month later police shot a man moments after he drew his gun on a group of people and an officer, he said.

“At this most recent meeting, block owners/managers were once again informed that the situation was completely out of control,” Costello wrote in an email to WJZ.

Only one shot at The Block the night after the meeting, he noted.

Ron Furman, owner of Max’s Taphouse, said he wants to protect all businesses, saying the plan helps fight crime by shutting down the city.

“We can’t put a curfew on this neighborhood, or any other commercial area for that matter,” he said. “Our businesses and their employees have suffered as much as they have over the past few years.” 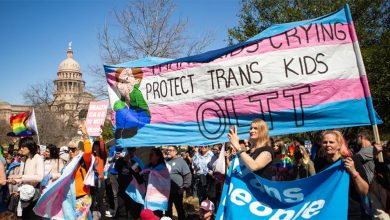 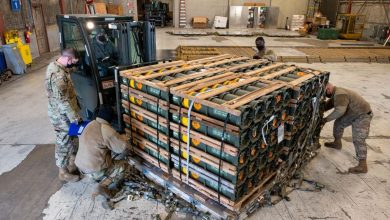