Brittney Griner’s wife, Cherelle Griner, has spoken out on a prisoner swap for the first time since the WNBA star returned to the US from Russia – and said the couple are now on a “journey to healing” from the 10- month’s ordeal.

Sharing the emotional message, Cherelle thanked the many supporters who campaigned for the Olympic champion’s release in an Instagram post on Sunday.

“Yesterday my heart was restored thanks to the combined efforts of MANY! I am humbled by their hearts,” Cherelle wrote.

“Caring for others, a stranger to some, a friend to some — that’s humanity at its purest,” she continued.

“As BG and I begin our journey to heal our mind, body and spirit, I wanted to say a personal thank you to some of the hands; seen and unseen, that helped me see my wife again!” Cherelle added.

She listed a number of politicians, celebrities, athletes and organizations in her post.

She thanked the Biden administration and the Office of the President’s Special Envoy for Hostage Affairs for their efforts in the prisoner swap that swapped Brittney for international arms dealer Viktor Bout.

Cherelle also expressed her appreciation for “the 44 civil and human rights organizations, particularly those representing Black women (*Win With Black Women) and LGBTQ+ individuals, who have helped demonstrate the power of our coalition.”

She concluded her post: “I appreciate each and every one of you! Let’s continue to use our hands, voices, platforms and resources to bring Paul and all Americans home. All families deserve to be whole!”

Brittney and her wife remain at Brooke Army Medical Center in San Antonio, where the Olympic gold medalist is undergoing a routine physical.

“She had a lot of psychological support,” her agent, Lindsay Kagawa Colas, told CNN. “The resources are very robust. It’s very supportive and very BG-centric. It’s about their development agency.”

Griner also underscored her return to the basketball court for the first time since her incarceration with a dunk on the Texas base.

“I think it’s fair to say that she willingly picks up a ball and the first thing that’s a dunk… it was really encouraging,” Colas told CNN. “She was really excited.”

She added Griner appears to be in good physical health but has not yet decided if she will return to the WNBA’s Phoenix Mercury.

“Will she be ready? We’ll see,” Colas told the network. 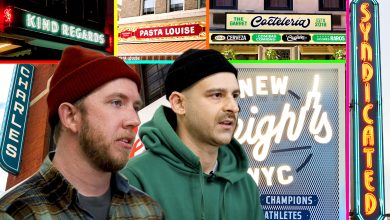 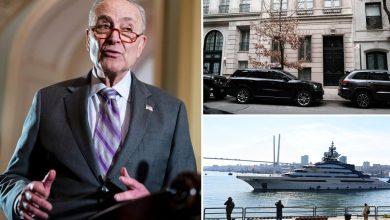 Senator Schumer wants to confiscate Russian art, yachts, homes in the US and give proceeds to Ukraine 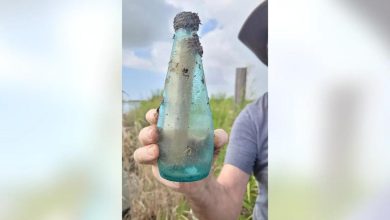 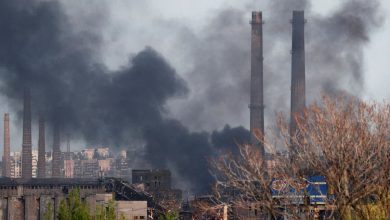