MOSCOW — WNBA star Brittney Griner, who has been jailed in Russia for over five months, was found guilty on drug charges in a Moscow court on Thursday.

Hours earlier, the prosecutor in the case requested that the basketball star serve 9 1/2 years in prison.

Griner, a 31-year-old Houston native who plays professional basketball for Phoenix Mercury, was arrested at Sheremetyevo International Airport in Khimki on February 17 as she returned to Russia to play in the WNBA’s offseason after being accused became aware of having vape cartridges containing hash oil, which is illegal in the country.

The two-time Olympic gold medalist, who appeared in court Thursday for the final hearing in her trial, faces up to 10 years in prison, although 9 1/2 years is the maximum sentence with time served. Griner has a right of appeal.

This is a breaking news update. A previous version of this report can be found below.

An emotional Brittney Griner apologized in a Russian court Thursday as her drug possession trial drew to a close, and a prosecutor was urging the American basketball star be convicted and sentenced to 9 1/2 years in prison in a case that reached the highest tiers US-Russian Diplomacy.

With a judge expected to render an unusually quick verdict later in the day and a conviction almost certain, Griner made a final appeal to the court. She said she had no intention of breaking the law by bringing vape cartridges with cannabis oil when she flew to Moscow to play basketball in the city of Yekaterinburg in February.

Under Russian law, Griner, 31, faces up to 10 years in prison, but judges have significant latitude in sentencing.

If she is not released, attention will turn to the possibility of a blown prisoner swap proposed by US Secretary of State Antony Blinken to his Russian counterpart last week.

Griner said she made “an honest mistake” in bringing the vape cartridges to Russia, adding, “I hope your decision doesn’t end my life.”

Griner said Yekaterinburg, a city east of the Ural Mountains, has become her “second home.”

“I had no idea that the team, the cities, the fans, my teammates would make such a big impression on me in the 6 1/2 years I’ve been here,” she said. “I vividly remember coming out of the gym and all the little girls waiting for me there in the stands, and that’s what kept me coming back here.”

Prosecutor Nikolai Vlasenko insisted that Griner intentionally packaged the cannabis oil and asked the court to fine Briner 1 million rubles (about US$16,700) in addition to the prison sentence.

Lawyers for the Phoenix Mercury Center and the two-time Olympic gold medalist have tried to support Griner’s claim that she had no criminal intent and the canisters accidentally ended up in her luggage. They presented character witnesses from the Yekaterinburg team, for which she plays in the WNBA offseason, and a written testimony from a doctor who said he prescribed her cannabis to treat pain from injuries sustained during her basketball career.

Her attorney, Maria Blagovolina, argued that Griner only used the cannabis in Arizona, where medical marijuana is legal.

She stressed that Griner was packing in a hurry after a grueling flight and suffering from the effects of COVID-19. Blagovolina also pointed out that the analysis of cannabis found in Griner’s possession was flawed and in violation of legal procedures.

Blagovolina asked the court to acquit Griner, noting that she had no criminal record and praising her role in the “development of Russian basketball.”

Another defender, Alexander Boykov, emphasized Griner’s role in winning multiple championships with her Yekaterinburg team, noting that she was loved and admired by her teammates. He told the judge that a conviction would undermine Russia’s efforts to develop the national sport and make Moscow’s call to depoliticize sport sound superficial.

Boykov added that even after her arrest, Griner won the sympathy of both her guards and the prison inmates, who supported her by shouting, “Brittney, everything will be fine!” as she walked around the prison.

Before her trial began in July, the State Department labeled her “unlawfully detained” and placed her case under the oversight of the President’s special envoy for hostage affairs, effectively the government’s chief hostage negotiator.

Then, in an extraordinary move, Blinken spoke to Russian Foreign Minister Sergei Lavrov last week, urging him to accept a deal under which Griner and Paul Whelan, an American jailed in Russia for espionage, would be released.

The Lavrov Blinken call was the most high-profile contact between Washington and Moscow since Russia deployed troops to Ukraine more than five months ago. Direct access to Griner is at odds with US efforts to isolate the Kremlin.

People familiar with the proposal say it envisages trading Griner and Whelan for notorious arms dealer Viktor Bout, who is serving a prison sentence in the United States. It underscores the public pressure the White House has faced to release Griner.

White House press secretary Karine Jean-Pierre said Monday Russia responded “in bad faith” to the US government’s offer, a counter-offer that American officials do not take seriously. She declined to elaborate.

Russian officials have ridiculed US statements on the case, saying they flout Russian law. They remained unconcerned, urging Washington to discuss the issue through “quiet diplomacy without the release of speculative information.” 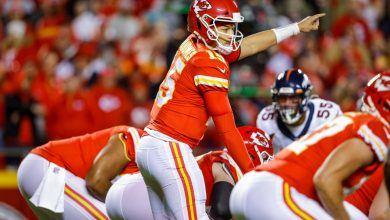 The key to attacking the chief other than catching the ball: playing explosively 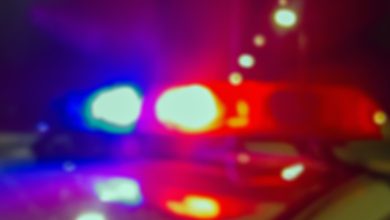 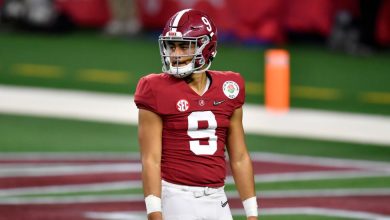 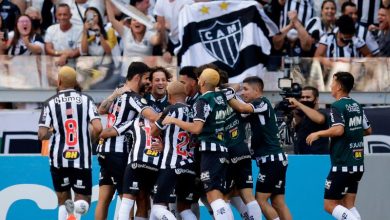