BRITS hit hardest by soaring bills will get up to £500 a year for heating under Rishi Sunak’s £2.5billion plan to address the cost of living catastrophe, it’s reported.

The Chancellor will hold a press conference tonight with a major announcement to shield struggling families and elderly people from crippling fuel bill rises.

And sources claim he’s set to bring in targeted help for the most vulnerable households, with a huge expansion on the existing ‘warm homes discount’ scheme.

At the moment, that’s currently worth £140 for 2.7million homes.

But the Financial Times reports that Mr Sunak will extend it to 8.5m households receiving Universal Credit and other state help.

The proposal would see all of those households given a £200 discount from a projected £650 increase in their energy bills.

Those struggling the most would get a £500 discount.

A £300 payment will cost £2.5bn alone, which would not be paid back to the Treasury.

It comes as a brutal ‘Black Thursday’ looms.

From today, Brits will face a painful triple whammy, with:

“Millions of households across the UK are waking up to the reality of huge energy price rise hits, while inflation inches ever up and all the main bills we pay look set to rise.

“Whatever you do, don’t panic – there is help out there. But the Government need to know that it’s nowhere near enough for millions of hard-up people.”

Energy watchdog Ofgem was forced to bring forward its planned price cap rise on gas and electric bills to today.

Suppliers will be allowed to hike the basic tariff for 22m households, meaning families are set for huge increases in bills.

Experts last night predicted capped energy tariffs will shoot up by around 50 per cent to £1,915 for the typical customer as a result of today’s announcement.

It comes at a disastrous time for Boris Johnson, who is scrambling to move past Partygate amid the looming threat of a Russian invasion in Ukraine.

And the crisis may only deepen in the autumn, when the price cap is likely to go up yet again.

Mr Sunak, under pressure to scrap VAT on energy bills, is set to head off trouble as he unveils his major “Rebate and Repay” scheme to give every household in the country cash back.

Ministers will underwrite billions of pounds worth of loans to energy firms to dish out to their customers — to be recouped over time.

The so-called “smoothing” mechanism will mean Brits pay less now when prices are high, but face paying back huge sums over several years.

Meanwhile, the Treasury is expected to announce a £150 rebate on council tax for everyone on bands A to D – costing the Exchequer at least £9bn – as an extra measure of support for those on the lowest incomes.

Last night, the Resolution Foundation warned up to 6.6 million households could be forced into fuel poverty.

The massive rise in the energy price cap comes as interest rates are set to at least double, clobbering families with bigger mortgage repayments.

The Bank of England will update its forecasts today and is expected to hike interest rates by at least 0.25 per cent to 0.5 per cent.

But some economists have called for an increase to 0.75 per cent to tackle spiralling inflation which could hit six per cent by April.

Elsewhere, the cost of food and petrol are surging too.

Assuming you don’t want most of the country to spend a third of the year not eating, where are people going to find the money?

And the RAC warned that “storm clouds are gathering” over rising petrol prices.

The Government is facing huge anger over the rises.

Discussing the National Insurance rise, Mr Phillips said: “In practical terms, for an average household that’s an extra £300 a year, or, according to Office for National Statistics figures, six weeks of shopping at a supermarket.

“Assuming you don’t want most of the country to spend a third of the year not eating, where are people going to find the money?”

He suggested imposing windfall taxes on big businesses, particularly oil companies – and said they’ve been “raking it in over past couple of years.”

https://www.thesun.co.uk/money/17528230/brits-fuel-energy-bills-rishi-sunak-cost-living/ Brits will get up to £500 OFF their energy bills under Rishi Sunak’s plan to tackle cost of living crisis, insiders say

Whoopi Goldberg Reportedly Made Threats After Being Suspended From 'The View' 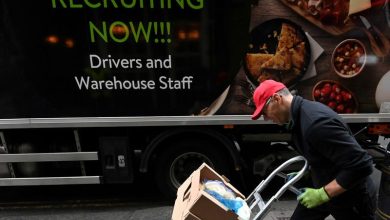 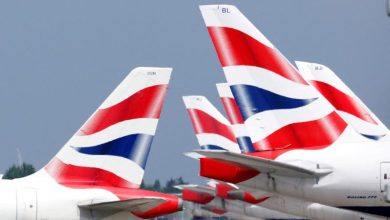 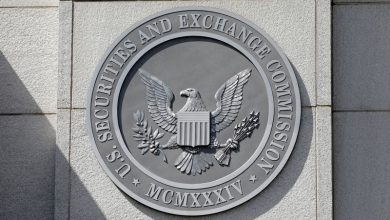