The UK has pledged to provide Ukraine with an additional $1.6 billion in military aid to help the country fend off Russian attacks, officials said Sunday, as Europe marks the anniversary of the Nazis’ surrender. Commemorates Germany during World War II.

The British government said the package was the largest amount of British military spending on a war since the end of the conflicts in Iraq and Afghanistan. Officials said British Prime Minister Boris Johnson would hold talks with British defense contractors later in May to discuss increasing production due to increased demand sparked by Russia’s invasion of Ukraine in February.

“Putin’s brutal attack is not only causing untold devastation in Ukraine, it is also threatening peace and security across Europe,” Johnson said, according to the Guardian.

“Britain was the first country to recognize the scale of the threat and sent arms to help Ukrainians defend themselves. We will stand by this quest and work with our allies to ensure Ukraine can continue to push back the Russian invasion and survive as a free and democratic country.”

Later Sunday, Johnson, President Joe Biden and world leaders from other countries in the Group of Seven are expected to hold online talks with Ukrainian President Volodymyr Zelenskyy to discuss the increased aid.

The meeting also aims to demonstrate the unity of the Western allies on Victory Day in Europe, which marks Nazi Germany’s surrender in 1945.

The announcements come after Zelensky lamented earlier Sunday that “evil” had “returned” to Ukraine as he delivered an emotional Victory Day address.

“The evil has returned. Again!” said Zelensky. “In a different form, under different slogans, but for the same purpose.”

It also came afterwards amid fears that dozens were killed in a Russian bombing of a village school in eastern Ukraine on Saturday afternoon. Regional governor Serhiy Gaidai said Sunday that Russian forces dropped a bomb on a school in the Luhansk region where about 90 people were sheltering.

Expect Mariners to be in the playoff race next September 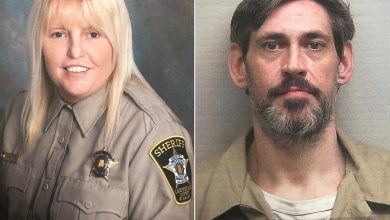 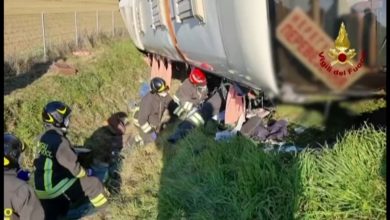 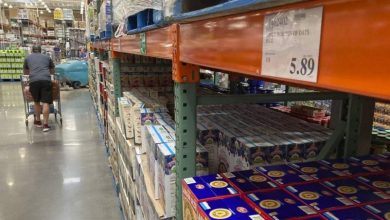 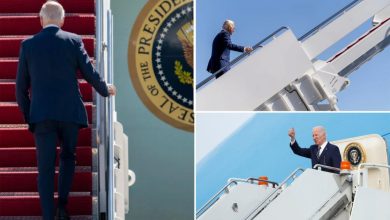 US President Biden nearly trips while boarding Air Force One