Brandi Carlile She is the first female musician to win two Grammy Awards for Song of the Year in the same year. She was nominated for her own songs “Right on Time” and “A Beautiful Noise” which she recorded with. Alicia key. Carlile and Keys co-wrote the latter song with six other female writers.

Carlile is one of two musicians to have two Song of the Year awards this year. Dernst Emile II, better known as D’Mile, also have a couple of nods for HERof “Fight for You” and Silk Sonic“Leave the door open.”

Carlile’s double assent comes as the Recording Academy expands the number of nominations in each of the Big Four categories from eight to 10 this year. The Academy confirmed that “Right on Time” was one of two songs to receive a nomination for that eleventh decision. (The other is the Doja Cat/SZA “Kiss Me More.”)

The final round of voting for the 64th Annual Grammy Awards is underway. Voting members of the Recording Academy have until Wednesday, January 5 at 6 p.m. PT to cast their ballots. The winners will be announced on the Grammy TV show on January 31.

Here are all the musicians who received two Song of the Year nominations in the same year. They are listed in reverse chronological order.

2021 — Brandi Carlile: The singer/songwriter is nominated for her own track “Right on Time,” which she co-wrote with Dave Cobb, Phil Hanseroth, and Tim Hanseroth, and for “A Beautiful Noise,” which she recorded. with Alicia Keys and co-writer Keys, Ruby Amanfu, Brandy Clark, Hillary Lindsey, Lori McKenna, Linda Perry and Hailey Whitters.

2021 — D’Mile: The musician gave a double nod to HER’s “Fight for You,” the Oscar-winning song he co-wrote with HER and Tiara Thomas, and Silk Sonic’s ’70s soulful flashback “Leave the Door Open.” , a song he co-wrote. written with Christopher Brody Brown and members of Silk Sonic, Bruno Mars and Anderson .Paak.

1994—Elton John & Tim Rice: The pair have been nominated for both “Can You Feel the Love Tonight” and “Circle of Life.” They wrote both songs for the box office Lion King. Bruce Springsteen won the Grammy for song of the year for “Streets of Philadelphia.” Both “Streets” and “Can You Feel the Love Tonight” won Oscars for best original song, but due to different eligibility periods at the Oscars and the Grammys, they went head-to-head here. (John, a longtime AIDS activist, probably wouldn’t mind losing a Grammy for a song that shows empathy and compassion for people with AIDS.)

1983—Michael Jackson: MJ has been nominated for both “Billie Jean” and “Beat It.” Both classic singles from Splash 1st place on Billboard Hot 100. Two nods may have split his vote, allowing Sting to win for “Every Breath You Take.”

In 1979—Michael McDonald: The blue-eyed soul master won for co-writing “What a Fool Believes” and was nominated to co-write “Minute by Minute.” The Doobie Brothers, of which he is a member, popularized both songs. McDonald co-wrote the previous installment with Kenny Loggins; then, the title song from the group’s current album, featuring Lester Abrams.

1979 — Dino Fekaris and Freddie Perren: The pair were nominated for co-writing “I Will Survive,” the disco smash that was instantly popularized by Gloria Gaynor, and “Reunited,” the tender ballad popularized by Peaches & Herb. Both singles reached #1 on the Hot 100. As noted above, “What a Fool Believes” won. Perren is the first black musician to receive two Song of the Year awards in the same year. (Jackson and D’Mile came in second and third, respectively.)

In 1971—Kris Kristofferson: The future musician and movie star has been nominated for “Help Me Make It Through the Night,” popularized by Sammi Smith, and “Me and Bobby McGee,” popularized by Janis Joplin. Kristofferson collaborated with Fred Foster to write the second song. Carole King won for “You’ve got a friend.”

1969—Burt Bacharach & Hal David: The peerless pair has been nominated for “Raindrops Keep Falling On My Head,” popularized by BJ Thomas, and “I’ll Never Fall in Love Again,” popularized by Dionne Warwick. They wrote the song before for the movie Butch Cassidy and the Sundance Kid; the latter for a Broadway show Promise, promise. Joe South won for “The Game Everyone Plays”. It may have won because it was considered “relevant,” a buzzword of the time.

In 1968—Bobby Russell: That year, Russell won for the philosophical drama “Little Green Apples,” which was popularized by both OC Smith and Roger Miller. Russell was also nominated for the movie “Honey” popularized by Bobby Goldsboro.

In 1967—Jimmy Webb: The prodigy, then just 21 years old, won for the effervescent song “Up, Up and Away”, popularized by the Fifth Dimension. He was also nominated for excellence in “By the Time I Get to Phoenix”, popularized by Glen Campbell.

https://www.billboard.com/music/awards/grammys-2022-brandi-carlile-female-songwriter-record-1235014848/ Brandi Carlile Is The First Woman To Receive Two Grammy Awards For Song Of The Year – Billboard

Ted Cruz's Daughter Typing Him On TikTok: "I Really Don't Agree With Most Of His Points" 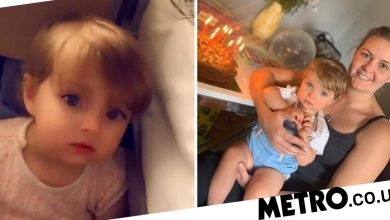 Hobson star’s killer smiles as she poses with ‘terrified’ toddler 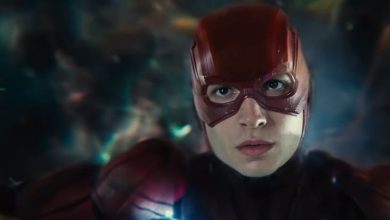 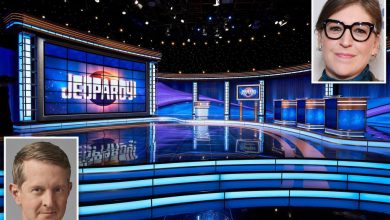 Mayim Bialik and Ken Jennings Will Both Host Jeopardy!: Reports