The White House released details of the order on Monday, before Biden signed it in the afternoon as planned. Portions of the order have also been made available in advance to advocacy groups that have called on the government to improve levels of public service.

The order is intended to reduce the current bureaucratic situation whereby people often have to go to the office, endure long phone calls, or struggle with mail and fax delays when trying to contact agents. federal agency.

White House officials have said they hope it can help rebuild trust in government and democracy at a time when deep political polarization has eroded trust in US institutions.

“This executive order is really focused on how the federal government provides services to the public and ensures that we deliver high-quality products to the public,” said Neera Tanden, senior adviser to the president. said. “When we ask the government to do more, we can make sure it does it better.”

That’s a tall order, considering that the federal government has persisted in its slow way despite repeated efforts over generations to make it more agile. In 1993, President Bill Clinton famously pledged to “reinvent government” with an interagency task force.

The order comes at a critical time for Biden to demonstrate that he can deliver results. The country has seen a strong economic recovery as coronavirus relief programs send money directly to Americans. But support for the president has dipped as the United States faces its highest inflation in nearly four decades and the coronavirus pandemic continues.

The goal is to implement most of the order changes across 17 federal agencies within the next year. Officials say existing funds will be enough for agencies to pay for improvements and better and efficient services that will ultimately save the government money. Biden plans to sign the order Monday afternoon.

Paul Light, a professor of public policy at New York University and an expert on federal bureaucracy, said the initiative could be a big deal, although the Biden administration would face setbacks.

“The problem is not with hope but with the bureaucracy,” Light said. “The battle to improve government services will require extensive retooling of the bureaucratic chain and flattening of the hierarchy. The federal government may be ready, but its technology is outdated. In the past, its personnel system was slow, the bureaucracy was relentless.”

The government has identified 35 service providers in federal agencies that can ease the administrative burden and develop “new online tools and technologies that can provide a simple, seamless customer experience.” circuit and safe,” according to a White House fact sheet.

For retirees and the nearly 4 million Americans turning 65 each year, the order requires them to be able to claim Social Security benefits online more easily. Medicare recipients can access personalized online tools to save money on drugs and manage their health care. Taxpayers will be able to schedule a call back with the IRS instead of having to wait or have to manage issues through mail and fax.

For travelers, Americans will be able to renew their passports online instead of having to print a form and pay by paper check or money order. New computers and security machines with advanced screening features to streamline the passage of security lines for the roughly 2 million people who fly daily.

The 45 million student debtors will be able to manage their federal loans through a single portal, rather than several websites with different passwords. Paperwork will also be reduced for those seeking loan forgiveness.

Natural disasters strike about 25 million U.S. homes and small businesses each year. Survivors seeking federal aid are no longer required to complete multiple forms at some agencies, while virtual checks and smartphone images of damage can be used to assist. claim.

Veterans can access their benefits with a single login. Poorer families will find it easier to certify their income and enroll in qualifying social safety net programs without additional paperwork. Lending programs for small businesses and farmers will become faster. Families receiving food aid can buy groceries online. It will be easier to update mailing addresses with the government or change your name with the Social Security Administration.

Anne Zimmerman, an accountant based in the Cincinnati area, said the changes to the sequence were necessary because companies often had to navigate the federal bureaucracy on their own. As co-chair of the advocacy group Small Business for America’s Future, she was briefed on the order by the White House before it was announced.

“It was necessary because things really got worse,” Zimmerman said. “There’s a maze that’s too big to pass when you’re trying to deal with the government.”

Jason Miller, deputy managing director of the Office of Management and Budget, said the changes are intended to help improve “trust between the public and its government.” Online forms can also reduce the risk of fraud, while authorities take steps to ensure that personal information is safe.

Why didn’t all of this happen sooner?

Officials say the pandemic has increased calls to the IRS and other agencies. It also shows how the government can adapt and innovate despite closed offices and remote employees.

Even if government services improve, it’s not clear whether that will benefit politically for Biden, whose efforts to put the economy on track for its strongest growth since 1984. was overshadowed by inflation.

About a third of Americans call the economy “good” under the president’s oversight, down from 47% in June, according to a survey this month by the Center for the Study of Public Affairs. AP-NORC. The poll shows that 48% approve of Biden, while 51% disapprove. 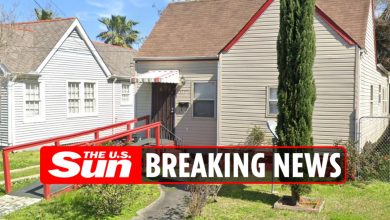 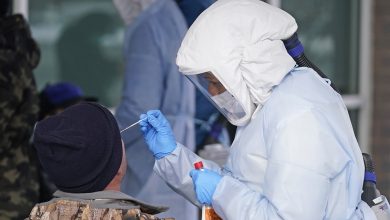 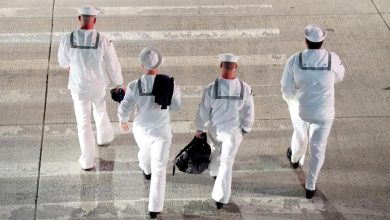 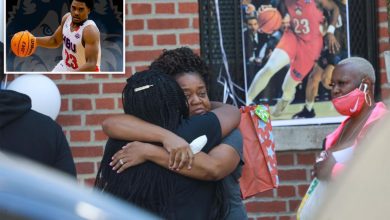