Childe is a special case in Genshin Impact: the Hydro Bow user can move between this and a melee weapon, dealing insane damage regardless of form. We’ve got the best build here, including his best artifacts and weapons to get the most out of his gear.

Childe is one of the most popular characters in Genshin Impact – especially given the amount of iterations he’s had. The 11th Harbinger of the Fatui hails from Snezhnaya and plays on both sides of the conflict in Teyvat ⁠ – allowing him to attack unsuspecting “allies”.

He loves to cause havoc and if you manage to recruit him in Genshin Impact he will do just that. The Hydro Bow user isn’t just good-looking ⁠ – he can switch between ranged and melee forms, and dish out an insane amount of damage with either.

If you’re looking for the best child build in Genshin Impact, you’ve come to the right place. Here are his key artifacts, weapons, and more to help you master the shape-shifting Hydro character.

Childe’s basic attacks with his bow don’t really matter much. The only advantage of them is the charged attack bonus for applying reactions and increasing the Riptide buff. Use that to power up the rest of his kit.

Childe’s Elemental Skill builds on his basic attacks, switching from his traditional bow to a melee weapon. All attacks deal Hydro DMG versus just his charged shots, resulting in massive elemental combos with other allies.

Childe cannot perform a dash attack in his melee form, but he gains additional damage when attacking an enemy affected by Riptide. This deals massive damage since it counts as elemental skill damage, so you’ll want to keep Riptide up for as long as possible.

Childe’s Elemental Burst changes based on the stance he’s currently in.

While still in his ranged stance, Childe fires a Hydro Imbued Arrow that applies Riptide. If he has his elemental ability activated, Childe will instead strike in a large radius, dealing Hydro damage to nearby enemies.

Childe can be built as both a main and sub DPS.

Finding multiple copies of Childe will give you access to some of his awesome Constellation buffs.

Like most DPS characters, Childe thrives on artifacts that increase his elemental damage. Anything that powers Hydro DMG is great, especially as a main stat, but Heart of Depth as a set gives you that too. ATK% and CRIT stats are also desirable as major and minor stats.

However, if you’re having trouble, you can do the usual 2-piece sets of Gladiator’s Finale, Shimenawa’s Reminiscence, or Noblesse Oblige. Choose which sets have the best stats in your inventory as both the ATK buff and the Elemental Burst buff are great.

Below is a full list of Childe’s best artifacts.

Childe got a custom gun for his Genshin Impact Update 2.2 is rerun in Polar Star. The Five Star Bow is the perfect addition to his loadout, allowing him to rack up massive amounts of damage with his Elemental skill.

Of course, there are other options if you don’t want to invest too much in the banner. Skyward Harp and Thundering Pulse are still great options (the former for Sub DPS, the latter for Main DPS).

Rust is also a good free-to-play option if you can’t roll for five-star weapons. It’s a four-star bow, and while it does decrease its charged attack DMG a bit, it’s worth it for the normal attack DMG increase that lets its elemental ability shine.

All of Childe’s Level Up and Ascension materials can be found in Liyue (except for the Freedom books) ⁠ – which ultimately makes sense considering that’s the region he was released in.

Starconchs can be found around the Qiongji Estuary and in the Sea of ​​Clouds below Guyun Stone Forest. If you get a bit lost just go to the beach and you will find them there.

Regalia can be found by farming Fatui Harbringers throughout Teyvat. You can look them up in the Adventurer’s Guide and your map will guide you from camp to camp so you can maximize your farming.

Funnily enough, Childe is the only character in Genshin Impact who also uses himself as a boss material. You can get the Corrupted Heritage Shard by taking on Childe outside of Liyue Harbor.

As a main DPS, you should focus on boosting his melee attacks by first boosting his elemental ability. For Sub DPS, that changes to his Elemental Burst, as this brings a massive amount of Hydro onto the battlefield to react with.

Childe’s Genshin Impact Trailer, called “Foul Legacy‘, emphasizing its differences from the 10 other harbingers of the Fatui. He goes head first onto the battlefield and makes himself the star of every show.

It doesn’t delve too deeply into his backstory, however – and that’s because he’s quite a secretive person. Instead of flaunting it all, he lets others warm up with his charismatic looks before pulling the strings for Snezhnaya.

Childe runs best in either a Vaporize or Permafrost team competition ⁠ – depending on whether you want him as a main or secondary DPS.

If you’re playing it as a primary carry, you’ll want to maximize the vaporize effect. Stack your team with pyro supports like Xiangling and bennettthrow in an Anemo Sub DPS or similar Kazuha or sucroseand go to town.

In a permafrost contest, Childe’s primary goal is to maintain Freeze as a sub-DPS. Combine with a double Cryo stack of both ayaka or ganyu than wear diona as support and an anemo flex option like valve really makes Childe shine.

Of course, if you invest a lot in Childe, you’ll have more success with him as your main DPS. However, if you just got him on the latest rerun banner and still need to farm resources, the sub-DPS comps are a nice bridge until you max him out.

Childe can be a formidable carry with his shape-shifting hydro damage if built right – which encapsulates many of Genshin Impact’s five-star characters.

Need more allies to pair him with? Check out our other Genshin Impact character guides below:

Save £5 on your Mother's Day snack with Just Eat 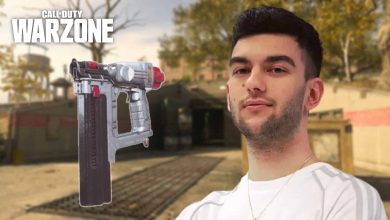 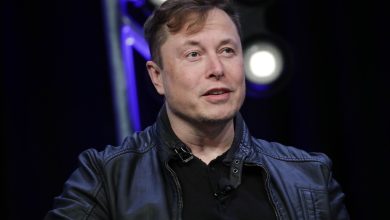 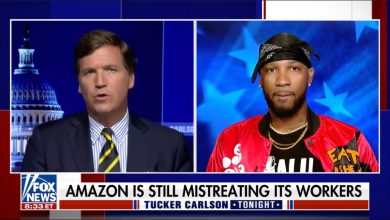 Tucker Carlson Praises Amazon’s Labor Movement: ‘I Cheer On You’ 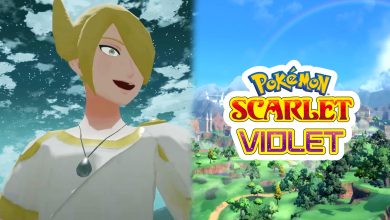