Bella Hadid made her first appearance at the Met Gala in 2015 and has since made multiple appearances at the prestigious event.

For the last Met Gala in 2022, Hadid followed the theme of “gilded glam” with her outfit. However, Hadid admitted she was also quite uncomfortable walking the red carpet.

Hadid’s outfit was an all-black ensemble. She wore a leather corset body with tulle sleeves and stockings with intricate patterns. The supermodel collaborated with Burberry Chief Creative Officer Riccardo Tisci on her outfit.

“I made a 25-page deck with all of our references and tried to narrow it down to 1895-1903,” she explained in an interview with Interview Magazine. “I liked a lot of the ties and the big fabrics and the tulle and of course the corsets and the bustiers, but we also wanted to make sure it stayed very Riccardo – very simple but chic.”

She added: “At this point in my life I’m really, really proud of my style and what I do for myself. So I guess that’s why this mead was so different. I mean I always put my little bit of creativity into every look but yeah I really wanted to make sure this one felt like me, Riccardo and Gabi [Gabriella Karefa-Johnson] and Raisa [Flowers] and Evani [Frausto]. I think there was a little bit of all of us.”

Bella Hadid says she “passed out” on the red carpet and “couldn’t breathe.”

Although Hadid’s outfit matched well, she admitted that wearing it on the red carpet wasn’t the most comfortable experience.

“I like it literally, passed out,” she said. “I don’t even think I got a good photo on the red carpet. Looking back now, I see people literally stand there and give for 20 minutes. I looked left once, right once, and ran up the stairs.”

Hadid continued, “I don’t think I was out there more than three minutes. I don’t know if that was my fear or maybe my waist gave out and I couldn’t breathe. I mean, a lot probably happened there.”

Bella Hadid’s boyfriend was involved in her glam trial

As Hadid got ready for the Met Gala, she was joined by her boyfriend, Marc Kalman. Kalman is an art director and took photos of her glam process, which she then shared with Interview Magazine.

“I feel super comfortable and feel very safe with Marc,” said Hadid. “He does this weird thing where he puts the camera next to his stomach so sometimes I literally don’t even know he’s taking a picture. He’s very in the moment, takes a picture and that’s the picture you get, which I find interesting and funny.”

She also added of the photos she sent to Interview: “I’m really excited that these are going to be out and I’m really proud of Marc who is like my emotional support bunny and with everything he does , is incredibly talented . So yes, it worked out well.”

RELATED: Being Gigi Hadid and Bella Hadid’s father is ‘dangerous’ according to Mohamed Hadid.

https://www.cheatsheet.com/entertainment/bella-hadid-says-she-blacked-out-couldnt-breathe-met-gala-red-carpet.html/ Bella Hadid says she “blacked out” on the Met Gala red carpet and “couldn’t breathe.” 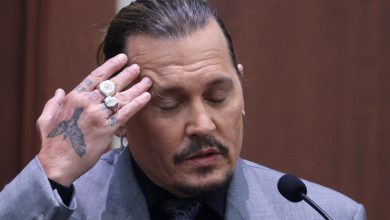 Johnny Depp has lost “nothing less than everything” after abuse allegations 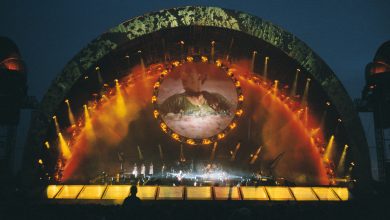 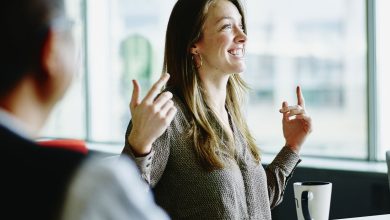 My bosses have a ‘no humor policy’ at work – if I laugh, my co-workers will report me to Human Resources