LA MASIA has long been recognized as one of the most respected centers of talent in world football.

Barcelona’s fabled academy boasts an enormous roster of talented graduates who have honed their skills in Catalonia.

From Messi to Guardiola, Xavi to Iniesta, Busquets to Puyol – the list goes on and on.

Of course, given his stellar reputation – players who make waves within the academy are quick to garner enthusiasm from fans and coaches alike.

But what happens to those who don’t quite make it?

After the failure of La Masia, is it going downhill? Or can things still be saved?

We at SunSport, take a look.

Considering he has made 37 first-team appearances for Barcelona, ​​it seems harsh to call the Mexican a complete failure.

But things went horribly wrong after that.

Touted as “the next Ronaldinho‘ said Dos Santos at the Camp Nou with a hat-trick against Real Murcia in his last game before joining Tottenham in 2008.

However, within a year he was loaned out to Ipswich, a humiliatingly rapid descent for the fleet-footed attacker.

Dos Santos was reportedly insufferable from Spurs’ 2009 hilarious Christmas party and was never keen on new boss Harry Redknapp – and he’s now a free agent at 32, having been in his native America.

The 6-foot midfielder plays in the classic form of a La Masia midfielder, undeterred in possession – a metronomic figure at the heart of a team.

His problem? He would never be better than Sergio Busquets, three years his senior.

His Barcelona The first-team career lasted a full nine minutes and ended in May 2011 with a 0-0 draw against Deportivo La Coruna.

When little-known academy star Jeffren ended Barcelona’s humiliating 5-0 win over Jose Mourinho’s Real Madrid in added time, it seemed the winger had the world at his feet.

After floating around in the first team for five years, Jeffren has finally reached the pinnacle and achieved a win over their fiercest rivals.

But things fizzled out spectacularly as he was due to play just six more La Liga games for Pep Guardiola’s men.

An injury subsequently destroyed his Barca chances and paved the way for a nomadic career – since playing for Sporting Lisbon, Eupen, Grasshoppers and AEK Larnaca.

At 32, he now plays for Thai club Lamphun Warrior.

If anyone proves you can become a superstar again after being rejected by La Masia, it’s Mauro Icardi.

The Argentine was bizarrely underused by Barcelona’s academy and never even came close to the first-team image.

He went to Sampdoria, spending a season at the Genoa club before moving to Inter Milan in 2013.

A high-scoring, controversial phase followed, in which the striker fired 124 goals in 219 games, became captain – and outraged the ultras.

Cuenca is another curious case of a winger once loved by Guardiola – before seemingly falling off the face of the earth.

The speedy full-back was a regular at the start of the 2011/12 season, even providing a hat-trick of assists in one Champions League Match against BATE Borisov.

A serious knee injury hampered his progress over the following year, and a stunning loan spell at Ajax ensued.

He was never able to regain the magic of his first few months at Barca and since then has represented Deportivo, Bursaspor, Granada, Hapoel Beer Sheva, Sagan Tosu and Vegalta Sendai.

So-called football fans were convinced Gai was going to be the next big thing when he signed his first professional contract with Barcelona in 2007 aged 16.

Even at that tender age, he was a regular for Guardiola’s all-conquering Barca B side – the kind of pottering attacker long associated with the famous Catalan club.

When Pep stepped up to take on the big job, Gai was tapped for first-team duty.

But it was Pedro who made the leap onto the wing – with Gai being limited to just 56 minutes of a Copa del Rey game against Cultural Leonesa in 2009.

After Gai had a difficult relationship with then-Barca B boss Luis Enrique, Gai turned down a new contract in 2010 – instead moving to Manchester City.

However, he didn’t make it at the Etihad either and is now unattached – amazingly he never managed to extend the lone international cap he earned as a child prodigy in 2008.

Soriano was a bizarre case from the start.

He signed as a 24-year-old from rivals Espanyol specifically for Barcelona’s B team, falling two divisions down in the process.

The Spaniard then went on to score as many goals as any forward for the club’s reserve side – he netted 39 goals in 51 games.

Those exploits only earned him a first-team call-up, playing the final five minutes of the same Copa del Rey clash against Cultural Leonesa that Gai Assulin featured.

His unusual career took another turn in 2012 when he finally stepped from Barca’s reserves into the Austrian spotlight, scoring 174 goals in just 203 games for Red Bull Salzburg.

He then enjoyed a number of successful seasons in China with Beijing Gouan before joining Al Hilal in 2018.

Soriano returned to Catalonia and played for Girona as a 34-year-old until he retired last season.

Spotted playing for his local team in the Catalan town of L’Hospitalet de Llobregat as an eight-year-oldAdama was an exceptional talent that caused a lot of excitement at La Masia.

He was pushed into the first team as a skinny 17-year-old in 2013, playing back-to-back games against Granada and Ajax… before disappearing from the herd.

Traore briefly returned for two Copa del Rey appearances the following season – but he soon went under a cloud – frustrated by his lack of reward for outstanding performances in Barcelona’s B squad.

He joined Aston Villa in 2015 but only really started to realize his potential under the unlikely tutelage of Tony Pulis at Middlesbrough.

Traore, 26, is back on loan at Barcelona – but recent reports suggest he could be back at Wolves after failing to impress Xavi.

Given the Spaniard’s lack of influence at Stoke City between 2013 and 2018, it’s hard to believe Marc Muniesa is a Champions League winner.

The 30-year-old picked up a winners’ medal despite not playing at all in the run to win against Manchester United in Rome in 2009, failing to come on as a substitute in the final.

Muniesa had actually been red-carded four days earlier on his first-team debut.

Like Ibrahim Afellay and Bojan, he traded Barcelona for the Potteries after three more appearances – but was limited in his options for Mark Hughes’ side.

Most league appearances he made in a season was 19 in 2014/15 – and after a stint with Girona, Muniesa now plays for Al-Arabi in the Qatari Stars League.

https://www.thesun.co.uk/sport/football/11436608/barcelona-failed-kids-la-masia/ Barcelona prodigies who failed after their performance at La Masia include PSG star Icardi and ex-Spurs ace dos Santos – The Sun 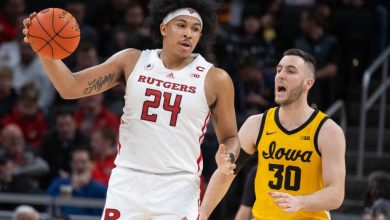 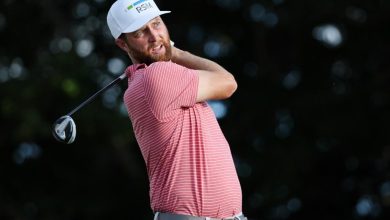 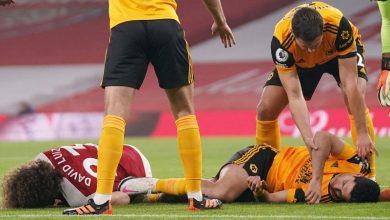 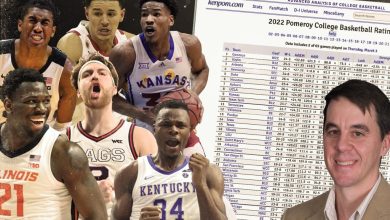