The Georgian fashion designer, known only by his first name, posted a lengthy statement on Instagram promising to “team up with child protection organizations.”

“I would like to personally apologize for the wrong artistic choice of the concept for the gift campaign with the children and accept my responsibility. It was inappropriate to have children promote items that had nothing to do with them,” the 41-year-old wrote.

“As much as I would like at times to be thought-provoking through my work, I would NEVER intend to do so on a subject as horrific as child abuse, which I condemn. Period,” said Demna, who is personal friends with Kim Kardashian and disgraced rapper Kanye West. “I need to learn from this, listen and work with child protection organizations to know how I can contribute and help on this terrible issue.

“My apologies to anyone who is offended by the images and Balenciaga has guaranteed that appropriate action will be taken not only to avoid similar mistakes in the future, but also to take responsibility in every way possible to protect children’s welfare.” take over,” he concluded.

Last week, the French fashion house, owned by Kering, released its own statement along with a lawsuit against the production company responsible for some of the images.

For the uninitiated, the top fashion label came under fire after running a troubled campaign that featured young children modeling with what appeared to be teddy bears in bondage gear. Meanwhile, another ad showed what appeared to be legal documents from a Supreme Court case ruling on federal laws regarding child pornography.

The fashion house has since apologized, pulled the ads and announced internal and external investigations. It also filed a $25 million lawsuit against the producers of one of the ads.

Demna’s apology comes after fashion designers accused the mogul of not taking responsibility for the scandal. Olga Liriano, who has worked in the fashion industry for years as a model booker, photo director and editor of top magazines, said it was ridiculous to think Demna and the top echelons at Balenciaga didn’t know what the campaigns would look like once they were photographed . (The teddy bear commercial was shot by Gabriele Galimberti, who said he was told the theme was “punk.”)

“Oh please,” Liriano said of the Vetements co-founder. “Demna will not publish a single image that he has not approved. Demna is not only the creative director, he also controls all the imagery behind the campaigns. Blaming a production company is crazy.”

Meanwhile, Business of Fashion revoked its Global Voices Award, which was due to be presented to Demna at the site’s annual gala on Thursday.

Balenciaga has previously been panned for Demna’s bizarre, expensive creations, like a $1,790 purse that resembled a garbage bag, as well as his latest fashion show, which featured models marching in war trenches.

However, Demna wrote in his show notes that he “became a perpetual fugitive” when his family fled the war in his native Georgia at a young age, noting that the conflict with Russia “triggered the pain” from his past and the “Absurdity” of fashion glasses.

“I realized that canceling this show would mean giving up and surrendering to the evil that has hurt me so badly for almost 30 years,” Demna said. “I have decided that I can no longer sacrifice parts of myself to this senseless, heartless ego war.” 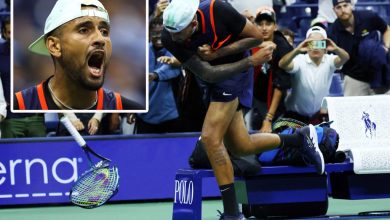 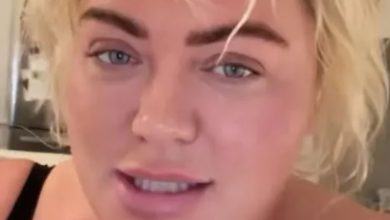 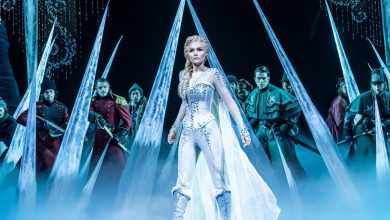 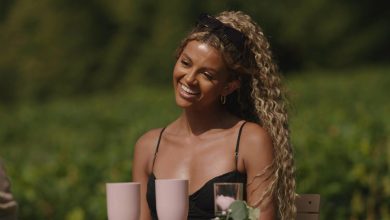