A brave boy who underwent brain tumor surgery when he was 12 days old turned on the festive lights at the hospital to save his life.

Shortly after being born, Joey Sharp underwent two surgeries to remove a tumor on his brain – before undergoing six months of chemotherapy and receiving a full recovery.

But this week – almost a year on – Joey was invited back to the Royal Hospital for Children and Young People, in Edinburgh, to turn on the Christmas lights.

The boy was accompanied by his parents Sam and Steven, as well as his three-year-old sister Carly – which took place on November 28.

Mother-of-two Sam said her world was ‘broken’ last December when Joey was diagnosed with a brain tumor – and she was told her child needed two different surgeries before Christmas.

Thankfully, everything went well and the doctors were able to remove 98% of the tumor.

Sam said: ‘Our baby Joey was just 12 days old when he had emergency surgery last December.

‘We were told to prepare for the worst, our world was shattered.

‘I made a Christmas list, bought presents and organized family fun. Suddenly, all seemed hopeless.

‘After eight hours of pain, 50% of the tumor was removed. But Joey was still very ill and needed a second surgery.

‘The days that went by were blurry as we sat with him in the Intensive Care programme. Two days before Christmas, he had a second brain surgery.

After receiving six months of chemotherapy, Joey was given a full checkup on July 27 – but still requires regular visits for CT scans and check-ups.

Now, the boy is 11 months old and is getting bigger day by day.

The Sharp family are thanking the Edinburgh Children’s Hospital Charity (ECHC) for helping them through a difficult time.

Sam added: ‘During our hospital stay, ECHC was always by our side, supporting us back to the clinic when no one in our family or friends could visit.

‘There is no doubt the support from ECHC has made a huge difference to his recovery and our first memories as a family, so it’s fantastic to see he was the first to turn on the Christmas lights for charity at the new hospital.’

Earlier this week, children, families and staff gathered at the hospital gates to watch Joey light up a giant Christmas tree – donated by Conifox Adventure Park.

Victoria Buchanan, from ECHC, said: ‘We would like to thank Joey and his family for helping to make our first Christmas Lights up at the new hospital as special as it was. so.

‘Every year, ECHC makes Christmas magical for hospitalized children by creating a calendar of adventures that come alive around the wards with a new surprise behind every door, with everything from real ballerinas to carnival magic shows and samba bands.’

You can find ECHC’s call for Lights up Christmas here: www.echcharity.org/christmas

THAN : Parents of identical four-year-olds buy 24 diapers a day and spend £230 on the store weekly

THAN : How to co-sleep safely – and the positive impact it can have on your baby

THAN : 15-month-old baby has spent his life traveling Europe in a camping truck with his parents 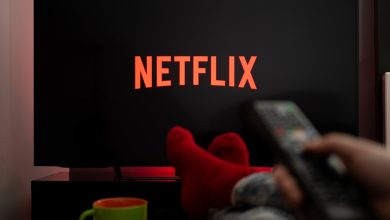 Netflix UK: 5 tricks to save money on streaming subscriptions – including cutting costs by £96 per year 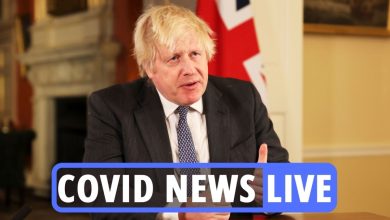 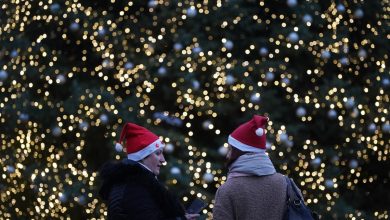 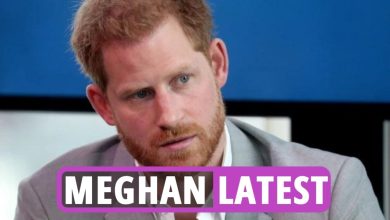