To finally appreciate Ohio State Murders, which opened Thursday on Broadway, you first have to get the bombastic title out of your head. Playwright Adrienne Kennedy’s 1992 drama, her Netflix junkies, doesn’t share the DNA of Mindhunter or Dahmer.

Rather, director Kenny Leon’s thoughtful revival examines the racist climate of a Midwestern university during the 1950s and the monsters such prejudice can unleash even in a supposed place of higher learning.

That’s not to say the play is a liability from Kennedy, who is making her late Broadway debut at 91. It’s an engaging, thoughtful, and admirably quirky character study with striking contemporary parallels. What the one-act drama just falls short of is meaty.

With tales of murder and who committed it – such as Death on the Nile – audiences are conditioned to expect a gripping build-up to an explosive revelation. While we learn of the deaths early and there are some terrible shocks along the way, this just isn’t the piece Kennedy wrote.

But she has created a formidable acting challenge in the form of Suzanne – a renowned novelist finally confronting her tragic past – played by Audra McDonald in a gripping tug-of-war.

Methodical and kind, Suzanne has built a wall over decades against the tremendous pain she has endured. She begins by addressing a crowd to explain once and for all the violent imagery that pervades her work. “Blood heads, severed limbs, dead father, dead Nazis, dying Jesus,” she says, to name a few. Suzanne, we’re told, was inspired by her struggles at Ohio State University.

She was a young black student who, because of the color of her skin, was not allowed to study her dream subject – English. But she does manage to enroll in a few courses, and is particularly captivated by one course taught by Professor Hampshire (Bryce Pinkham), who is surprised by her superior essay-writing skills.

Watch McDonald’s face as Suzanne listens raptly as Hampshire reads “Tess of the d’Urbervilles.” Her only way out is through literature, and her gaze wanders touchingly over Hardy’s prose. We discover her outbursts of emotion take on more complex levels as the show progresses, but for now it’s great. These will turn out to be some of their last happy days.

Suzanne then becomes entangled with Hampshire, and so begins the disintegration of her life.

McDonald is an actress who exudes optimism and smiles often. And that positivity makes her tormented characters like Suzanne absolutely fascinating to watch. From beginning to end, a gripping battle rages within the academic. Suzanne is desperate not to show her cards at first because it means the oppressive world will have won. Even after a terrible event befalls her, she refuses to leave Columbus. She is filled with stoic determination.

McDonald wisely finds contrarian moments where her careful professorial facade can crack, and each one makes an impact. When her radiant face suddenly becomes hurt, cold, angry, or lifeless, it packs a big, wordless punch.

She owns the lion’s share of the show, but Pinkham, best known for his roles in musicals, has an impressive scene. During another performance late in the play, this time Suzanne watches with a completely opposite expression on his face, his eyes so red and strained as if he hadn’t slept in days. It’s simple but scary.

The drama is given some weight by Beowulf Boritt’s borderline operatic set, with a cleft rock face in the background meant to evoke an all-important chasm alongside lopsided bookshelves covering the stage. In the gap between the rocks, it rains snow for almost the entire game and makes us uncomfortable.

Less successful is Justin Ellington’s sound design, which, while drawn from Suzanne’s non-linear memories, is occasionally so distracting and contrasting with the lines of dialogue spoken by the characters that audiences tune out both.

Kennedy’s play is not one to love or even necessarily overwhelm. Still, her drama gives us a chill, some food for thought, and a leading performance that’s a wow. 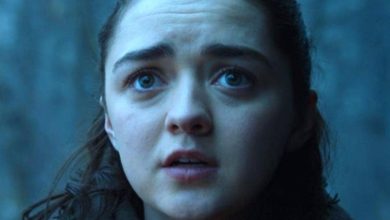 Game of Thrones: Maisie Williams makes a brutal confession about the HBO series 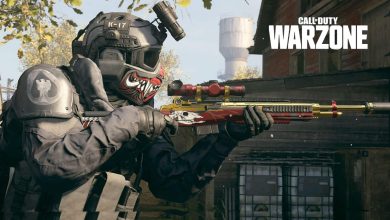 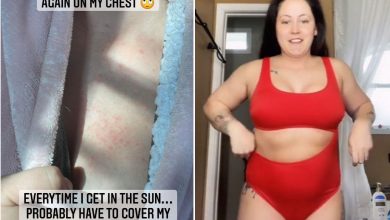 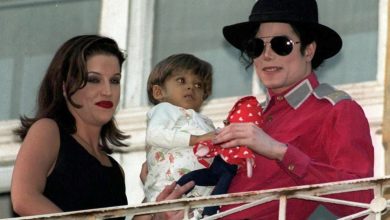