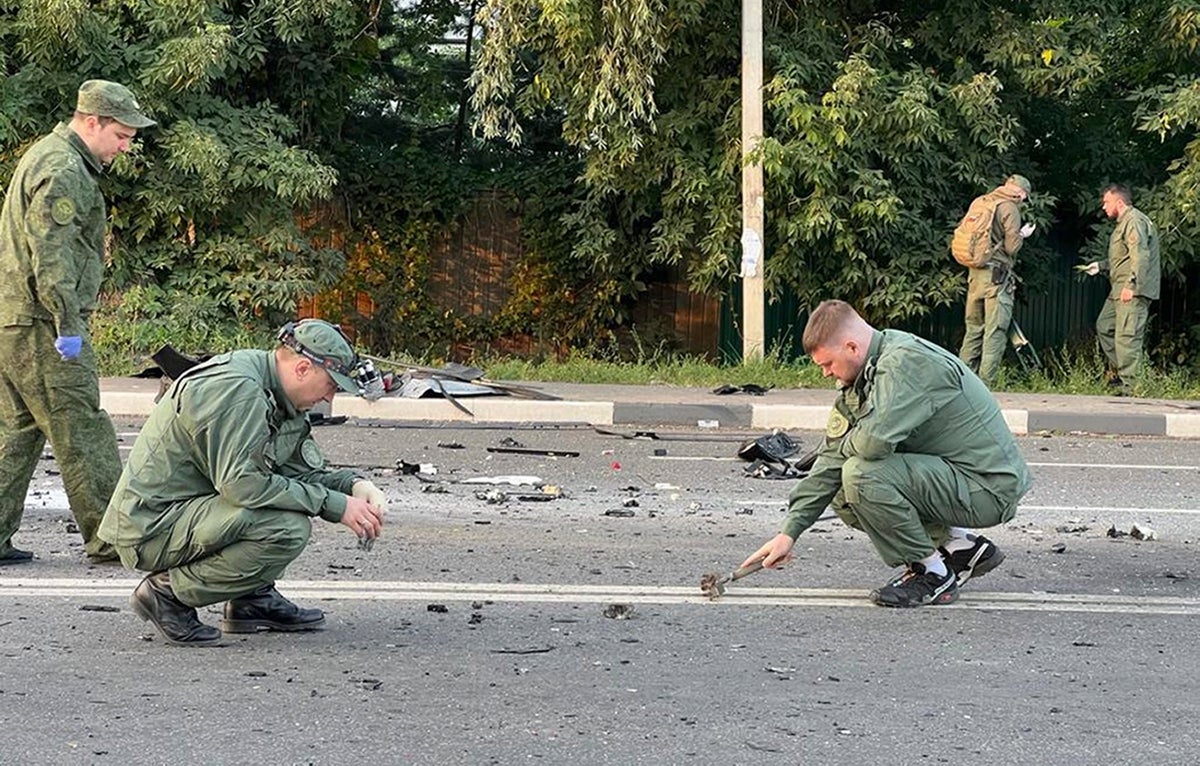 We will not send out the 7 a.m. digest today.

TRUMP — Well before he entered politics, former President Donald Trump had a penchant for collecting. And that lifelong habit — combined with his flip disregard for the rules of government record keeping, his careless handling of classified information, and a chaotic transition borne from his refusal to accept defeat in 2020 — have all culminated in a federal investigation that poses extraordinary legal and political challenges. By Jill Colvin and Michael Balsamo. SENT: 1,530 words, photos. A 1,000-word abridged version has also moved.

PAKISTAN — Pakistani police have filed terrorism charges against former Prime Minister Imran Khan, escalating political tensions in the country as the ex-premier holds mass rallies seeking to return to office. The terrorism charges come over a speech Khan gave in Islamabad in which he vowed to sue police officers and a female judge and alleged that a close aide had been tortured after his arrest. Khan himself appeared to still be free and had not immediately addressed the police charge sheet being lodged against him. By Munir Ahmed. SENT: 650 words, photos.

RUSSIA-URAINE-WAR-REFUGEES — As Russia’s war against Ukraine reaches the sixth-month mark, many refugees are coming to the bitter realization that they will not be returning home soon. With shelling around a nuclear power plant and missiles threatening even western regions of Ukraine, many refugees don’t feel safe at home, even if those areas are under Ukrainian control. Though some plan to make new lives abroad, many are simply biding their time until they can return. Some reluctantly sign their children up for schools in Poland, Germany and elsewhere, worried they will fall behind. Meanwhile some professionals take jobs below their skill levels just trying to survive. By Vanessa Gera and Kirsten Grieshaber. SENT: 1,100 words, photos.

BACK TO SCHOOL-PANIC BUTTONS — Schools are installing panic buttons to summon help during a shooting, as they scramble to reassure worried parents after this spring’s massacre in Uvalde, Texas, and ahead of back-to-school. By Heather Hollingsworth. SENT: 1,250 words, photos.

PEOPLE-LOPEZ-AFFLECK — Jennifer Lopez and Ben Affleck said “I do” again this weekend. But instead of in a late night Las Vegas drive through chapel, this time it was in front of friends and family in Georgia, a person close to the couple who was not authorized to speak publicly said. SENT: 200 words, photo.

BRITAIN-PRINCE-ANDREW-MUSICAL — Prince Andrew will be the subject of a satirical TV musical in the latest season of shows from U.K. broadcaster Channel 4. SENT: 250 words.

OBIT-LEON-VITALI — Leon Vitali, the “Barry Lyndon” actor who became one of Stanley Kubrick’s closest associates, has died. He was 74. SENT: 590 words, photos.

RUSSIA-NATIONALIST KILLED — The daughter of an influential Russian political theorist often referred to as “Putin’s brain” was killed in a car bombing on the outskirts of Moscow over the weekend. Ukraine denied involvement in the death of 29-year-old TV commentator Daria Dugina, The bloodshed gave rise to suspicions that the intended target was her father, Alexander Dugin, a nationalist philosopher and writer. By Jim Heintz. SENT: 600 words, photos.

RUSSIA-URAINE-WAR-OCCUPIED TERRITORIES — As the war in Ukraine nears its six-month mark, Russia faces multiple problems in the territory it has taken over. Civilian infrastructure that was pulverized by artillery needs urgent rebuilding as colder weather looms. There is guerrilla resistance to the rule imposed by Moscow. Kyiv’s military forces are launching increasingly debilitating attacks as they gear up for a possible counteroffensive in the south. SENT: 1,100 words, photos.

RUSSIA-UKRAINE-WAR-GLOBAL ECONOMY — It’s almost six months since Russia invaded Ukraine, and the consequences are posing a devastating threat to the global economy. Governments, businesses and families worldwide are feeling the effects just two years after the coronavirus pandemic ravaged global trade. Everyone has been hit, from a family-owned company that rustproofs steel parts in Germany to a Pakistani man needing a second job to meet expenses and a Thai street-food vendor wondering how long her business can hold on. By Paul Wiseman and David McHugh. SENT: 1,290 words, photos.

GEORGIA-ELECTION INVESTIGATION — A federal appeals court puts a temporary hold on Sen. Lindsey Graham’s testimony before a special grand jury investigating possible illegal attempts to overturn Donald Trump’s 2020 presidential election loss in Georgia. The fate of his scheduled appearance Tuesday is back in the hands of a lower court judge to decide whether Graham’s protections as a member of Congress could prevent his testimony. SENT: 400 words, photos.

ABORTION-KANSAS-RECOUNT — Election officials say a decisive statewide vote in favor of abortion rights in Kansas has been confirmed with a partial hand recount. By Heather Hollingsworth and John Hanna. SENT: 760 words, photos.

ELECTION 2022-GEORGIA GOVERNOR — Georgia Gov. Brian Kemp’s decision to defy Donald Trump and ratify Joe Biden’s presidential electors in 2020 won Kemp credit with some Democrats and their support in the Republican primary in May. Now, heading into the general election, Democratic nominee Stacey Abrams needs those voters in her column. And she is unvarnished in arguing that Kemp is due nothing from them for refusing to subvert a free and fair American presidential election. SENT: 890 words, photos.

VIRUS OUTBREAK-JILL BIDEN — The White House says first lady Jill Biden has tested negative for COVID-19 and will leave South Carolina, where she had isolated since vacationing with President Joe Biden, and rejoin him at their Delaware beach home. SENT: 130 words, photo.

RACIAL INJUSTICE-SLAVERY LEGAL CHALLENGE — A bronze statue of an enslaved woman from Massachusetts who went to court to win her freedom in 1781 has been unveiled in the Berkshires. SENT: 820 words, photos.

ANIMAL-WELFARE-PIGS — Hog farmers who already comply with a California animal welfare law approved by voters in 2018 stand to benefit when the regulations are implemented. But it’s unclear if that will ever happen. SENT: 950 words, photos.

MINNEAPOLIS-TEACHER LAYOFF POLICY — When Minneapolis teachers settled a 14-day strike earlier this year, they celebrated a groundbreaking provision in their new contract that was meant to shield teachers of color from traditional seniority-based layoffs. Months later, that language has ignited a firestorm, with denunciations of the policy as racist and unconstitutional discrimination against white people. The teachers union paints the dispute as a ginned-up controversy. By Steve Karnowski. SENT: 1,050 words, photos.

KOREAS-TENSIONS — The U.S. and South Korea are holding their biggest combined military training in years as they heighten their defense posture against the growing North Korean nuclear threat. By Kim Tong-Hyung. SENT: 610 words, photo.

SINGAPORE — Singapore’s gay community says the government’s plan to decriminalize sex between men is “a triumph of love over fear.” But they warned there is still a long way to equality and new bans on same-sex unions could entrench discrimination against them. Prime Minister Lee Hsien Loong caught many by surprise when he announced in a National Day speech that the government would repeal the colonial-era law that punishes sex between men by up to two years in jail. Lee, however, vowed to amend the constitution to prevent challenges to allow same-sex unions. SENT: 750 words, photos.

QATAR — An advocacy group says Qatar arrested at least 60 foreign workers who protested going months without their pay and deported some of them. The incident comes just three months before Doha hosts the 2022 FIFA World Cup. The move comes as Qatar faces intense international scrutiny over its labor practices ahead of the tournament. SENT:700 words, photos.

PHILIPPINES-SCHOOLS REOPEN — Millions of students wearing face masks have streamed back to schools across the Philippines in their first in-person classes after two years of coronavirus lockdowns that are feared to have worsened one of the world’s most alarming illiteracy rates among children. SENT: 630 words, photos.

MED-POLIO VACCINE PROBLEMS — Polio viruses recently found in Jerusalem, New York and London were mutated versions of viruses that first originated in vaccines meant to stamp out the paralytic disease. That is a surprising twist in the decades-long effort to eradicate polio. By Medical Writer Maria Cheng. SENT: 1,020 words, photos.

FORD-TRUCK CRASH VERDICT — A Georgia jury has returned a $1.7 billion verdict against Ford Motor Co. involving a pickup truck crash that claimed the lives of a Georgia couple. SENT: 330 words.

BRITAIN-STRIKES — The first day of a planned strike at Britain’s biggest container port has started. Almost 2,000 workers at the Port of Felixstowe walked off the job on Sunday over pay. The action raised fears of severe supply chain problems amid a series of summer walkouts by transportation workers that have disrupted economic activity across the country. SENT: 290 words, photos.

ISRAEL-NSO — The Israeli spyware maker NSO says its chief executive has stepped down as the company prepares to reorganize. NSO has been connected to a number of scandals resulting from alleged misuse by customers of its flagship Pegasus phone surveillance software. SENT: 420 words, photo.

MEDIA-CNN-STELTER — ‘Reliable Sources’ host Brian Stelter insists he’s still rooting for CNN, even as the network canceled the 30-year show on the media this week, and he’s exiting. But he said CNN must still find a way to hold the media accountable, and that it was not partisan to stand up for decency, democracy and dialogue. SENT: 300 words, photo.

BOX–HEAVYWEIGHT DIVISION-FUTURE — The road to becoming the first undisputed world heavyweight champion since 2000 is clear again. Oleksandr Usyk retained the WBA, WBO, IBF and IBO belts after beating Anthony Joshua, and Tyson Fury has the WBC title for the time being at least. They both want to fight each other, so it just needs to get arranged. Fury says he is currently retired and that “it’s not going to be cheap” to get him back in the ring. SENT: 580 words, photos.

GLF–BMW CHAMPIONSHIP — Patrick Cantlay is a winner again at the BMW Championship in another thriller. The only difference this year is he won’t be going to the Tour Championship as the No. 1 seed with a two-shot head start. By AP Golf Writer Doug Ferguson. SENT: 910 words, photos.

HOW TO REACH US 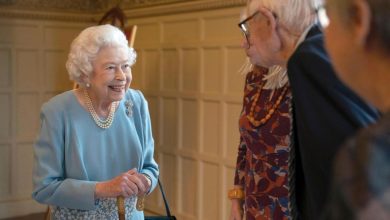 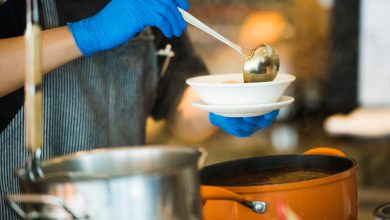 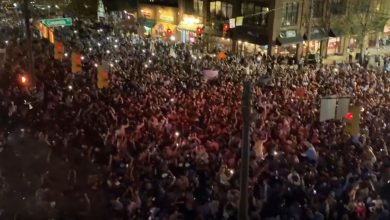