ANTHONY JOSHUA went on a rare twitter tour with eight tweets in just ONE HOUR.

Joshua He addressed several boxing topics on his personal account, surprising even himself, joking that he doesn’t usually talk that much unless he’s getting paid.

AJ tweeted: “Ok mo fo’s I usually get paid to talk that much or Kugan chases me through the boxes ’til he pins me! I’m out of Toodles.”

Joshua opened up about his next potential opponent during his stroll as his rematch with Oleksandr Usyk appears to be on hold.

Usyk made the bold decision to take up arms for Ukraine to fight Russia after Russian President Vladimir Putin led his army to invade the heavyweight country.

Both AJ and his promoter Eddie Hearn confirmed they will be open to a mid-fight in the meantime, with different names thrown into the mix.

It all started when a fan suggested the 32-year-old was dodging fellow British boxer Joe Joyce, who is a WBO mandatory challenger and has a good chance of stepping in.

The Watford hero added:”Lol ok…I shared that ring with most of the people you see in heavyweight today! I boxed Otto Wallin twice as a youth and I boxed Joe and stopped him in one round. I would do the same today! Ain’t it nothing has changed.”

Joshua also had some fun with other tweets, like a post that suggested he is afraid” by Deontay Wilder.

The British star insisted he never went underground with Wilder, instead claiming the American heavyweight wasn’t ready to fight him.

He used an earlier tweet from the Bronze Bomber in which he admitted he turned down a clash with AJ despite being offered more money.

Joshua Posted: “Do I have to say more! Let’s bring this AJ Ducked saga to a close. I respect Wilder, he’s a good fighter. He just wasn’t ready to fight me!”

https://www.thesun.co.uk/sport/17900753/anthony-joshua-oleksandr-usyk-boxing-news-2/ Anthony Joshua does a rare tweet tour and jokes that he “usually gets paid to talk that much”. 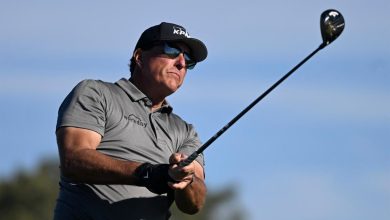 Being the smartest guy in the room finally burned Phil Mickelson 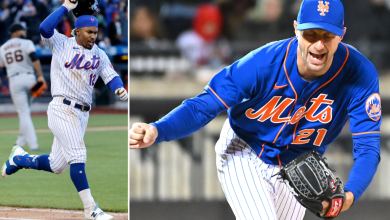 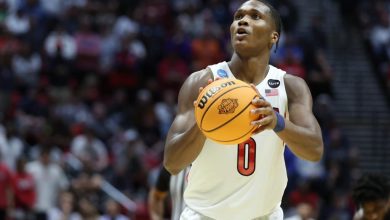 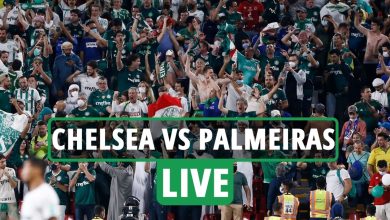