NEW YORK (Reuters) – Sentiment on Wall Street feels like a throwback to the 1970s amid soaring oil prices, concerns about the Federal Reserve’s dovish stance and fears of Russian aggression in Eastern Europe. Bell bottoms aside, the only thing missing so far is stagflation, which occurs when an economy experiences rising inflation and slowing growth at the same time.

But some investors now think it’s not far off.

They are rebalancing their portfolios for an expected period of high inflation and slower growth.

Sanctions on leading commodity exporter Russia helped lift the price of Brent crude oil by about 80% to about $116 a barrel last year, fueling fears that higher energy costs will continue to push up consumer prices while at the same time put global growth under pressure.

At the same time, market volatility due to geopolitical turmoil has made investors more uncertain about how aggressively the US Federal Reserve will tighten monetary policy to curb rising inflation. Investors now expect the Fed to hike rates from zero to 1.5% by February 2023, compared to 1.75% or higher just a few weeks ago. [FEDWATCH]

The percentage of fund managers who believe stagflation will set in within the next 12 months was 30%, up from 22% last month, a survey by BoFA Global Research showed.

“Our baseline scenario is still not the 1970s stagflation, but we’re getting closer to that zip code,” said Anders Persson, chief investment officer of global fixed income at Nuveen.

The threat of stagflation is of particular concern to investors because it cuts across asset classes and leaves few places to hide. According to a stress testing model by MSCI’s Risk Management Solutions research team, a diversified portfolio of global equities, bonds and real estate could lose 13% if rising oil prices trigger stagflation.

The last major phase of stagflation began in the late 1960s. Rising oil prices, rising unemployment, and easy monetary policy pushed the core consumer price index to a peak of 13.5% in 1980, prompting the Fed to hike interest rates to almost 20% that year.

According to Goldman Sachs, the S&P 500 fell an average of 2.1% in quarters marked by stagflation over the past 60 years, while rising an average of 2.5% in all other quarters.

With bond prices impacted by recent market volatility, Persson is looking for ways to position himself in high-yield bonds, which he believes could provide a good hedge against future stagflation-induced declines.

Concerns that stagflation could hit Europe harder due to its greater reliance on imported energy are likely to cause some investors to move away from the region’s assets, said Paul Christopher, head of global market strategy at Wells Fargo Investment Institute. Switching from US assets to European ones became a popular trade towards the end of 2021 as US stocks rose to relatively high valuations.

Stagnation in Europe would likely resemble the long period of low growth and high inflation that the United States experienced in the 1970s, Christopher said.

“If energy prices in Europe get too high, factories will have to close,” he said.

Nuveen’s Persson estimates that a Brent crude oil price of $120 a barrel will weaken the EU economy by 2 percentage points. Rising oil prices are likely to hurt the US economy by 1 percentage point, due in part to the country’s greater domestic supply and lower taxes.

These inflows came amid strong gains in commodity prices, which benefited assets linked to commodity exporters such as Australia, Indonesia and Malaysia.

His fund has taken positions in commodities and emerging market stocks from oil-rich countries like Mexico to hedge against the potential for higher inflation or stagflation.

“The consumer remains healthy and has been able to cope with higher inflation so far,” she said. 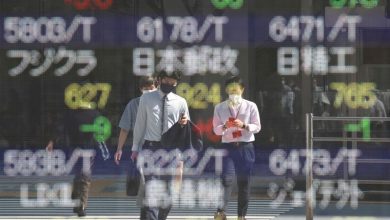 Asian shares slide ahead of key US inflation data 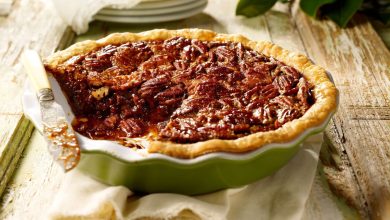 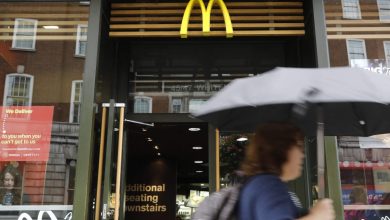 When did McDonald’s Christmas menu start and what’s on it? 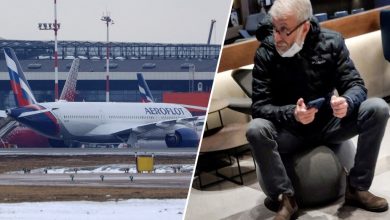