A heroic fourth-grader who died when she called 911 to get help for her classmates during last week’s tragic shooting in Texas was remembered as a “cute, cheeky” teenager at her funeral on Tuesday.

“My heart aches for everyone in this town,” relative Jysenia Garcia said outside Sacred Heart Catholic Church in Uvalde, Texas, where friends, family and members remembered the brief tragic life of 10-year-old Amerie Jo Garza in the congregation.

“When you know the families of the children who lost their children and the family of the shooter, you don’t know where to put your heart,” Garcia added.

“We’ve laughed for a few moments in our house since the shooting, but then we all look at each other guiltily. I feel guilty smiling. I even felt guilty for putting on makeup for the funeral. I don’t know why, I just did it.”

Amerie, who called 911 for help at Robb Elementary School when she was gunned down, was buried in the first of a series of somber ceremonies for the hard-hit city of 16,000.

She had just turned 10 two weeks before her death.

“Amerie was sweet, sassy and funny,” the girl’s cousin, Zaedy Martinez, told The Post. “Everyone calls her a hero for calling 911. She was so brave.”

Amerie’s aunt, Angie Ortega, said the family is “just trying to hold on.

“We’re just trying to get through today,” she said.

Her stepfather, medical technician Angel Garza, was caring for another victim when he learned the girl he had been raising as his own was dead, his mother told People magazine.

“He helped kids,” Berlinda Arreola said of her son.

He said he learned the tragic news about his stepdaughter when another bloodied student told him it was Amerie’s blood on her.

Meanwhile, the funeral service for her schoolmate Maite Yuleana Rodriguez is scheduled for later Tuesday at another funeral home in Uvalde.

Describing the vivacious boy as “a sweet girl” in their obituary, her family said, “Those who know and loved her were blessed with her kind, ambitious, kind and sweet soul.”

At the girl’s wake on Monday, her family asked for privacy.

Three more wakes will be held Tuesday for other victims, including schoolteacher Irma Garcia, 46, one of two educators killed in the massacre.

The other two wakes are for students Nevaeh Bravo and Jose Flores.

Police said gunman Salvador Ramos, 18, barricaded himself in adjacent classrooms at the school and shot the victims with an AR-15 assault rifle. 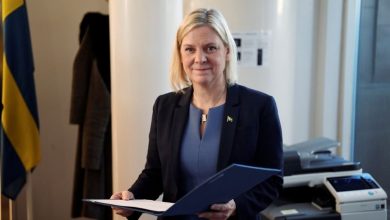 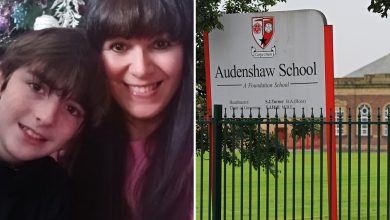 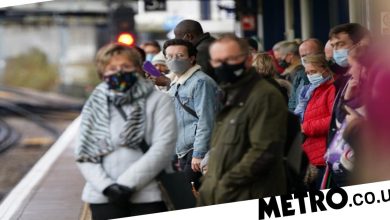 Covid: What are the symptoms of the new strain of Omicron?