Claims that biased FBI agents protected first son Hunter Biden from criminal investigations are “deeply disturbing,” FBI Director Christopher Wray admitted Thursday to the grilling of Republican senators — before breaking off the Q&A by saying claimed he had to catch a flight.

Chief Republican on the Senate Judiciary Committee Chuck Grassley (R-Iowa), noting that Wray did not fly commercially, pleaded with the FBI chief to delay the departure of his government jet, to no avail.

But before he left, Wray was being pushed by Sen. John Kennedy (R-La.) over whistleblower claims against Tim Thibault, the deputy special agent in charge of the FBI’s DC field office, and FBI oversight intelligence analyst Brian Auten.

“Isn’t it true that Mr. Thibault – Agent Thibault, excuse me – and [Auten] covered up derogatory information about Mr. Hunter Biden while he was working for the FBI?” Kennedy asked Wray on Thursday of all days.

“I want to be very careful not to interfere in ongoing personnel matters,” Wray replied. “I should say that when I read the letter, which describes the sort of things you are talking about, I found it deeply disturbing.”

Kennedy also cited to Wray a variety of Thibault’s social media barbs against Republicans that were similar to anti-GOP attacks by FBI agents Peter Strzok and Lisa Page during the bureau’s investigation into possible Russian collusion with Donald Trump’s 2016 presidential campaign.

Grassley’s July letter to Wray said Auten and Thibault were allegedly involved in “a scheme” to “undermine disparaging information related to Hunter Biden by falsely suggesting it was disinformation.”

Auten “opened an assessment used by a team at FBI Headquarters (“FBI Headquarters”) to falsely discredit negative information from Hunter Biden as disinformation and prompted the cessation of investigative activity,” Grassley wrote.

“In October 2020, at the direction of ASAC Thibault, an avenue of additional derogatory reporting on Hunter Biden was ordered to be closed… [when] All reporting was either verified or verifiable by criminal search warrants,” Grassley wrote.

“Thibault allegedly ordered the matter closed without providing a valid reason, as required by FBI policy…. [and] subsequently attempts to improperly flag the matter in FBI systems so that it cannot be opened in the future.”

Citing some of Thibault’s social media messages Thursday, Kennedy asked the FBI director, “You know how this looks to the American people?”

“I have to tell you that what you are describing is not representative of the FBI … where I see patriots working their tails off with tremendous integrity and objectivity,” Wray said.

“Does he have or is he working on the FBI investigation into Mr. Hunter Biden?” Kennedy asked.

“The investigation you’re referring to is being conducted — and I have to be a little cautious because we’re talking about an ongoing investigation — from our Baltimore field office and working with the US Attorney in Delaware, who is a holdover of the previous government,” Wray tried to distract.

Kennedy added: “So I’m confused Chris with your response. Has he worked or is he working on the Hunter Biden investigation?”

Again avoiding a direct answer, Wray said, “As I said, the Hunter Biden investigation is being conducted from the Baltimore field office.”

Thibault’s alleged social media activity included a retweet of a Lincoln Project message that called Donald Trump a “mentally broken, bitter and deeply unhappy man” and a tweet saying he wanted “Kentucky of the Russians.” give federation”.

Hunter Biden recently wrote the IRS a check for about $2 million to acknowledge that he had failed to pay taxes on unexpected foreign earnings. The funds were reportedly provided by Hollywood attorney Kevin Morris, but it’s unclear what the conditions are and the repayment doesn’t prevent prosecution.

Joe Biden’s involvement in his son’s business deals is generally unclear and they continue to pose conflicts of interest for the President.

Emails from Hunter Biden’s laptop indicate that his father, then vice president, attended a dinner in DC in 2015 with a group of his son’s associates from Ukraine, Russia and Kazakhstan. A photo shows Joe Biden posing with the Kazakh group, and a day after dinner, Vadym Pozharskyi, an executive at Ukrainian gas company Burisma, emailed the then-second son to thank him for the opportunity to meet his father hold true. Hunter Biden was reportedly making $1 million a year to sit on Burisma’s board of directors while his father managed the Obama administration’s Ukraine policy.

Russian billionaire Yelena Baturina, an alleged attendee of the 2015 dinner and widow of a former Moscow mayor, has not faced US sanctions this year in response to Russia’s invasion of Ukraine, though Biden has sanctioned many other members of Russia’s elite .

In China, Joe Biden was allegedly involved in his son’s dealings with CEFC China Energy, which The Washington Post reported paid Hunter Biden and his uncle Jim Biden $4.8 million in 2017 and 2018. Hunter Biden’s former business partner, Tony Bobulinski, said he spoke to Joe Biden about the deal in May 2017, and a May 13, 2017 email says the “Big Guy” has a 10 percent interest in a with CEFC established entity. Bobulinski claims the President is the “Big One”.

Also in China, Hunter Biden co-founded an investment firm called BHR Partners in 2013, less than two weeks after he flew to Beijing with his father aboard Air Force Two. Hunter introduced Joe Biden to BHR CEO Jonathan Li in the lobby of a hotel in China’s capital. The fund is partly controlled by government agencies. Hunter Biden’s attorney, Chris Clark, said less than a week after President Biden’s November summit with Chinese President Xi Jinping that the first son divested his 10 percent stake in BHR Partners, but Hunter Biden and the white House gave no further details, and online business records indicate Hunter Biden still owns the 10% stake.

Girls' Lena Dunham says Penny Marshall refused to hire her as she refused to smile on command. 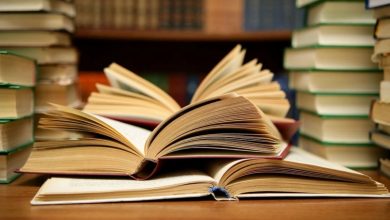 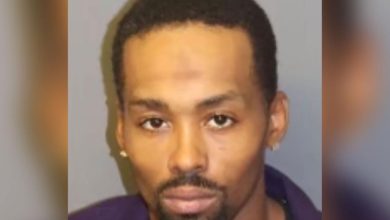 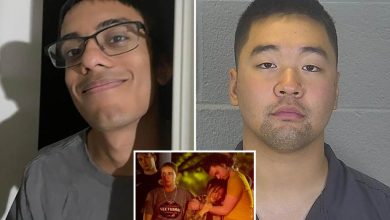