The Pokemon TCG has many legendary cards, but Charizard is the undisputed king when it comes to rarity and value. Here are the 10 most popular Charizard Pokémon cards of all time in 2022.

Charizard was the crown jewel of the original base set pokemon Trading Card Game, and that status has followed the ‘mon for decades to come. While larger, rarer, and more powerful Pokemon have appeared in games, Charizard’s appeal has endured, and in the TCG, the dragon still reigns supreme.

There are countless Charizard Pokémon cards out there these days, but there are some that tower above the rest – so here are the 10 most popular ones you need to know about in 2022.

Charizard has been the king of Pokémon cards since the beginning.

The 10 most popular Charizard Pokemon cards

Part of the Skyridge set, this Charizard card was released just as the Pokemon trading card craze was coming to an end. However, as interest in Pokemon cards waned, those who would become collectors in the years to come found a new legend to chase – and once again, this was a Charizard card.

This rare crystal holo design variant was extremely limited even at release. Anyone who still collected the cards in 2003 will know the design, because back then you could only talk about it. A Skyridge Crystal Charizard card in November 2020 sold for $25,100 at an auction.

While the Skyridge Crystal Charizard isn’t the most famous or celebrated Charizard card, its legend still lives on almost twenty years later.

2006’s Dragon Frontiers Charizard card is in many ways the successor to the Skyridge Crystal Charizard. While other Charizard cards were printed between 2003 and 2006, this would be the next to achieve legendary status with fans: status that would still be celebrated years later in 2021 when the card sold for a staggering $25,405 at auction.

The artwork features a Shiny Charizard, which sets it apart from previous cards that featured the Dragonmon in its default orange form.

This was the Pokemon card that every kid growing up in the ’90s wanted, since Charizard was the king of the original base set. Those who owned this card became legends of the playground, and their reluctance to trade it coupled with its rarity only added to its legend.

The card was also incredibly powerful, and by the time it was removed from the deck, most opponents knew they had a tough task ahead of them. In 2020, rapper Logic paid over $226,000 for a 1st edition Charizard, setting a new benchmark for Pokémon card value.

However, in 2022 the card was sold for a whopping $420,000 at an auction. According to the auction house, only 121 Charizards are known to have the perfect Gem Mint 10 rating anywhere in the world – making this one of the most valuable TCG collectibles of all time.

The most expensive Charizard Pokemon card: Topsun Blue Back

Although the debate rages to this day, that hasn’t stopped the card from being sold at auction for hefty amounts. The current record is $493,230, behind only one other Pokemon card in value. In many ways, the controversy surrounding the card has only added to the intrigue and demand that came with it.

Ironically, those who argue that the card is undeserving of its fame have contributed to its legendary status – and thus its rising value. They say it’s better to be notorious than unknown.

Another Pokemon card made before the Pokemon boom among Western audiences, this card was part of an early set distributed through vending machines in Japan. The Pokemon TCG would soon evolve and adopt the classic branding we’re all familiar with today, but this was the beginning of the journey.

As that style soon became obsolete and superseded, these early Pokemon cards have become highly sought after, and no more than the set’s Charizard.

Only 58 of these cards are said to be known for certain, but chances are more have been lost at the bottom of Japanese toy boxes, in unopened packages, or in someone’s attic over time. As a result, this little piece of Pokémon history means a lot to collectors—after all, this is where it all started.

How do you level up the most famous and celebrated Charizard Pokémon card of all time? They make an even shinier version. Although not everyone agrees. Charizard from 2002’s Legendary Collection splits opinion; some love it, and some consider it a garish imitation of a classic.

However, with only 75 of them in existence, the card became legendary almost overnight. The real genius of this card is in the nostalgia, not the holofoil design. The card continued the collector’s love for the original Gen 1 Charizard card and gave a select few the opportunity to own a new and revived version.

Although for some it is only a pale imitation and never reaches the prestige of the original.

Another Charizard Pokémon card that came out before the TCG got huge, this card also has incredibly humble beginnings. It was sold as a gift in bubble gum packs, along with all the other Pokémon cards in its set!

However, while many of the cards in this set were mass-produced, the same cannot be said of this card. This Charizard card was one of the rarest in the set, and we only included Prisma cards in every 1 of 40 packs, with Charizard being the rarest. The set was discontinued when the TGC was renamed, making them even rarer.

Today, only 18 of them are known, and the likelihood of more turning up decreases with each passing year. The last known sale was on eBay where the card sold for £13,000!

Coveted mainly for its rarity, the Shiny Neo Destiny Charizard Pokemon card is also considered extremely cool by collectors. The Neo sets were also the last time the Pokemon TGC printed First Edition cards, and that makes this Shiny Charizard extra special. In many ways it is the last of its kind and marks the end of an era.

However, the fact that it’s a Charizard card (and a Shiny) also helps set it apart from other cards in the Neo Destiny set.

Those familiar with Pokemon cards will notice two things about this card: first, it’s the original, classic Base Set Charizard card, and second, it’s a Japanese edition. What makes this card really special is that it is a misprint.

The card is considered a No Rarity Symbol card from the Japanese Base Set. These were later updated to include the missing symbols, allowing collectors to confirm the rarity of their cards. However, the fact that some cards existed without rarity symbols made them incredibly rare themselves and skyrocketed in value.

Of course, the version of the already legendary Charizard card would be the most desirable. Despite being a misprint, this card was even rarer than the reprinted version, meaning collectors rushed to snag one.

2000’s Team Rocket Charizard showed a darker side of the Dragon-type Pokémon. The ‘Dark Pokemon’ cards were a hit, but something about the bad guys having their own Charizard made the Pokemon even cooler and scarier.

The 1st Edition Dark Charizard of this set became iconic. Charizard’s face, bathed in darkness, said it all, this was a card used for evil, and a renegade Charizard was a really scary thought. However, Pokemon fans loved the idea and the card is still well known and talked about to this day. 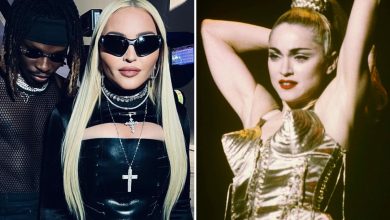 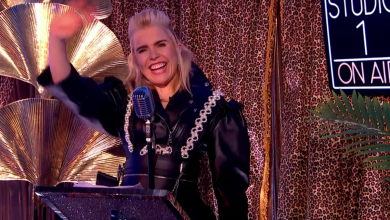 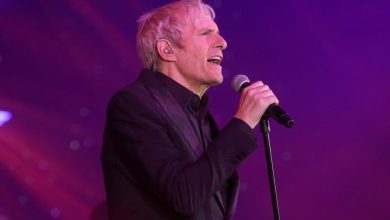 Why Michael Bolton is representing Connecticut in the American Song Contest 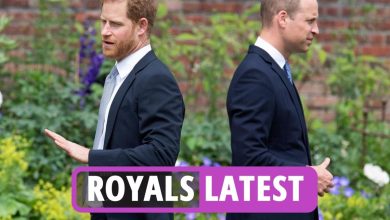