Airbnb has suspended its online rental market services in Russia and Belarus in solidarity with war-torn Ukraine.

Following Russia’s February 24 invasion of Ukraine, American rental company Airbnb Inc (NASDAQ: ABNB) became the latest platform for the boycott of Russia. In a recent tweet, Airbnb CEO Brian Chesky announced that his company was “suspending all operations in Russia and (its ally country) Belarus.” However, Chesky did not provide any further information on the penalty decision.

Airbnb’s decision to cease operations in Russia also comes shortly after the company helped Ukraine. On Monday, the peer-to-peer accommodation service said that was the case help with finding short-term accommodation for up to 100,000 Ukrainian refugees. The housing initiative will come from Airbnb’s independent non-profit organization Airbnb.org, which provides housing to people in need. Airbnb released a formal statement that read:

“While Airbnb.org is committed to providing short-term housing for up to 100,000 refugees from Ukraine, it will work closely with governments to best support the specific needs in each country, including by providing longer-term stays.”

“We know that Airbnb hosts and guests around the world will be ready to step up and support this massive effort to help people fleeing Ukraine,” added the leading online accommodation marketplace .

Airbnb further explained that people interested in offering their homes for humanitarian causes do not have to be hosts. Additionally, all necessary funding for shelters comes directly from Airbnb, Airbnb.org Refugee Fund donors, and Airbnb.org hosts.

Interestingly, a recent development in Ukraine’s Airbnb services is seeing a surge in bookings to raise funds for displaced residents. Members of the public have paid for Airbnb rentals but have not stayed.

Airbnb joins other business decisions against Russia and Belarus

Airbnb is one of several world-renowned companies that left Russia in solidarity with Ukraine in the past week. Disney (NYSE: DIS), Ikea and H&M (STO: HM-B) are some of the other leading companies that have announced they will limit or end their operations in Russia.

For example, Disney, an American multinational media giant, has decided not to show any of its upcoming films in Russian cinemas. The American studio did not specify how long it intended to pause its theatrical releases in Russia, instead stating:

“We will make future business decisions based on the evolving situation.”

Meanwhile, major retail platforms Ikea and H&M also suspended operations in Russia and Belarus. Ikea, the world’s largest furniture company, said its decision would directly affect 15,000 workers. However, the company still wants to go ahead due to the “tremendous human impact” of the ongoing war. Ikea says it will continue to pay its affected employees for the time being.

Clothing company H&M announced late Wednesday that it has also decided to temporarily suspend operations in Russia. The company already donates clothing and other accessories to humanitarian efforts.

“H&M Group cares about all colleagues and joins all those around the world who are calling for peace,” the statement said.

Tolu is a cryptocurrency and blockchain enthusiast based in Lagos. He likes to demystify crypto stories down to the bare essentials so anyone, anywhere can understand them without too much background knowledge. When he’s not deep in crypto, Tolu enjoys music, loves to sing and is an avid movie buff.

https://www.coinspeaker.com/airbnb-discontinue-russia-belarus/ Airbnb suspends operations in Russia and Belarus after Russian invasion of Ukraine

The Definitive Guide to SD-WAN 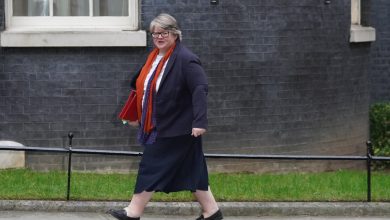 Your benefits could be cut if you turn down job offers amid new unemployment, Cabinet minister warns 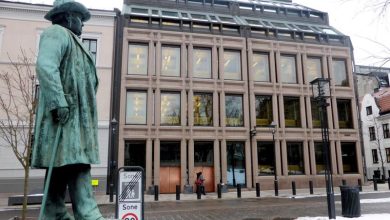 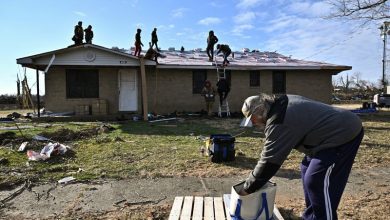 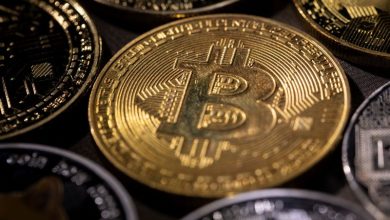