America is risking “another 9/11” by diverting air marshals from airplanes to other operations, the President of the Air Marshal National Council warned in a direct address to Joe Biden.

According to Sonja Labosco of the Air Marshal National Council, federal marshals have been sidetracked from their usual duties as undercover travelers assessing and monitoring terrorist threats to assist at the U.S.-Mexico border in recent weeks.

She told FOX News marshals are now present on less than 1% of flights and are instead being sent to assist border police in dealing with migrants currently overwhelming the southern border.

“Let’s stop another 9/11,” she said in a message to President Biden.

“There have been numerous incidents – a level 4 threat, meaning someone attempted to enter a cockpit on a Southwest flight two days ago. So the message is: “Sir, please replace the Air Marshals at the border. Stop bringing them down and let’s do the work we were trained to do.”

During normal operations, marshals are on board more than 5% of all flights, Labosco said.

“These ground-based duties that they’re pulling us out of the sky to do kills our chances of stopping another 9/11,” she added, referring to the September 2001 attacks on the World Trade Center.

She said her organization, a branch of the Transport Security Administration, sent a letter urging the Biden administration to bring air marshals back on commercial flights, but heard no response from the White House.

“We wrote him another letter over the weekend because we had one level four incident and one level three,” Lobosco explained. “Level three… means there was life-threatening behavior on one of those planes. One person had a razor on a passenger’s throat. These are very serious incidents.”

On November 21, Merrill Darrell Fackrell, 41, of Syracuse, Utah, was arrested after he held a razor to the throat of another passenger during a flight from New York to Salt Lake City.

Earlier this month, a Frontier Airlines flight flew from Cincinnati to Tampa but made an emergency landing in Atlanta on Friday after another distraught passenger began threatening fellow passengers with a box cutter. Both men had passed through airport security with guns.

The Air Marshal National Council’s pleas come at a time when airlines are at their busiest during the holiday season.

Despite the deployment of federal agents to the border, Homeland Security Secretary Alejandro Mayorkas refused to acknowledge there is a border crisis during congressional hearings two weeks ago.

Meanwhile, Republicans who are scheduled to take control of Congress in January have urged Mayorkas to resign or face impeachment if they take control of the House of Representatives next year.

https://nypost.com/2022/11/28/air-marshals-claim-biden-is-risking-another-9-11-by-shifting-them-from-flights-to-border/ Air marshals claim Biden is risking “another 9/11” by moving them from flights to the border

BBC Christmas TV program 2022: From Happy Valley and its dark materials to the Motherland 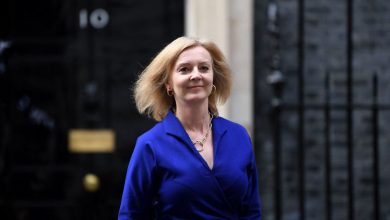 Liz Truss: what does she say about the cheese and pork markets in the speech – and does she support Prime Minister Boris Johnson? 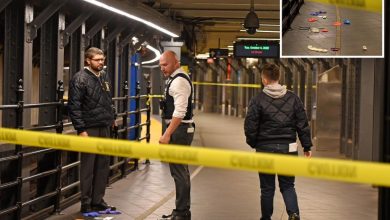 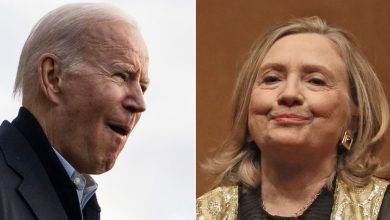 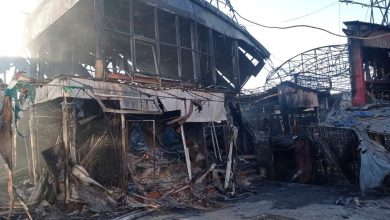 Live updates on war in Ukraine: Russia claims to have destroyed western arms stocks in Kharkiv