“All you hear about Houston is that it’s a sprawling city that doesn’t have bike and pedestrian planning and it’s terrible for cyclists,” she said.

But Raschke said she thinks the city has come a long way since then. As a transportation planner at planning and engineering firm The Goodman Corporation, she has witnessed and been involved in several bicycle projects since Houston passed the Houston Bike Plan in 2017, which aims to connect neighborhoods with existing trails and other destinations.

TIED TOGETHER: Police are searching for driver in hit-and-run that killed pedestrian in northwest Houston

Five years after the plan was approved, several high-profile projects are coming to life, including The Heights and Montrose areas. Work on a reconstruction of the Shepherd and Durham access roads that will bring bike lanes and wider sidewalks from North Loop 610 to I-10 will begin this spring, and designs for the 11th Street Bikeway through the heart of The Heights are in in progress.

Improving cycling infrastructure on these roads will require either reducing the width of car lanes or reducing their number, a method transport planners refer to as “the road diet.” This means both a commitment to safety and making roads usable for all types of travelers, said David Fields, a senior transportation planner at the City of Houston.

“We will no longer design anything that is no longer safe for all ages and abilities of cyclists,” he said. “Some of our early projects from a long time ago are not designs that we would build today.”

Houston’s cycling plan includes nearly 1,800 miles of new, convenient bike lanes — or lanes that are safe for all ages throughout the city, Fields said.

Because of the grand nature of the plan, city officials don’t have an end date for completing all projects, Fields said. Instead, city planners review the plan every few years to determine which projects should be prioritized based on safety, demand, equity, and connectivity.

Joe Cutrufo, executive director of cyclist advocacy group BikeHouston, said he thinks the city has a lot to do to make Houston a more bike-friendly city. Still, he said the amount of work already underway is more than meets the eye.

“Today’s bike network is like a tree that you can see, but you can’t see all the roots underground,” he said. “We have all these roots that you don’t see because there’s so much planning.” 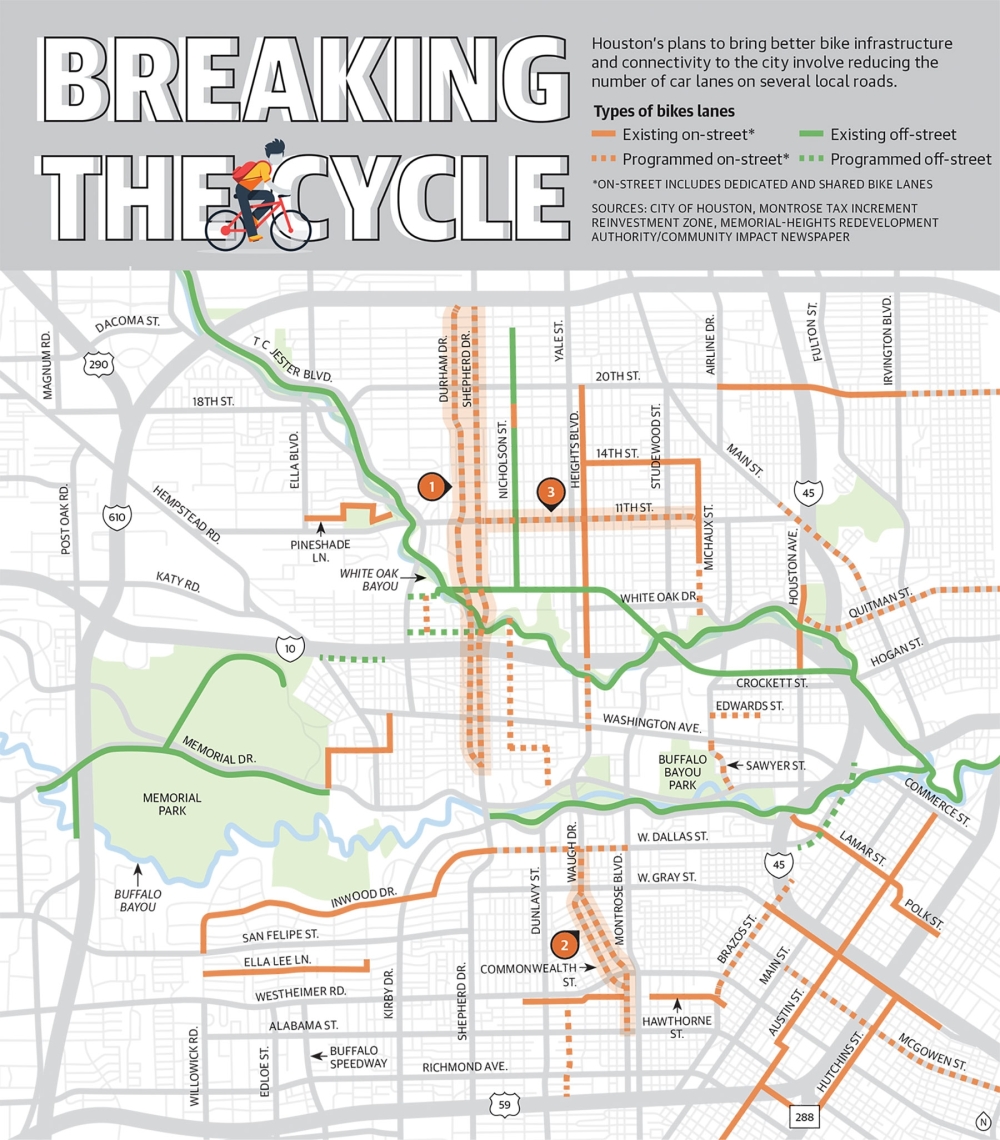 This map shows existing and programmed bike lanes in the Heights, River Oaks, Montrose, and Midtown areas, but the Houston bike plan is city-wide. For a full map see Houston Bikeways website.

The 11th Street Bikeway is one of eight bicycle projects in the design phase as part of February’s Houston Bike Plan. While the city has taken the lead on this project, others in The Heights and Montrose areas are accelerating with the help of local tax-raising reinvestment zones and redevelopment agencies — community organizations funded by property tax revenues that work with Houston to make improvements in an area.

Proposed plans for 11th Street include reducing the number of car lanes from four to two, with the addition of bike lanes on each side. The project includes two 6-foot wide bike lanes stretching from Shepherd Drive to Michaux Street and down to White Oak Bayou. The planning work could be completed this spring.

Some portions of the roads affected by the street diet will be reduced to three lanes to establish a safe center turning lane, said Lauren Grove, a project manager with the Houston Public Works Department.

Fields said road diets, if implemented appropriately, won’t negatively impact traffic as some might think. Looking down 11th Street, Houston planners found that one lane in each direction could accommodate traffic except for about 45 minutes on weekdays, he said.

Not only is the underutilized space a lousy use of the city’s right-of-way, but it also contributes to a speed problem on 11th Street, according to Fields, where the average speed is 38.5 mph despite the top speed being 30 mph.

“Drivers drive faster when there’s more space that isn’t being filled,” he said.

Lanes will be reduced from four to three lanes for the $115 million Shepherd and Durham project, according to Sherry Weesner, president of the Memorial-Heights Redevelopment Authority, which implements and funds the project. When complete, there will be improved turn lanes and drainage, 6- to 10-foot-wide sidewalks for pedestrians, and 6-foot-wide bike lanes.

TIED TOGETHER: A man on a bicycle was struck and killed while crossing a dark area of ​​Highway 6 in west Houston

Two separate studies — one by the rehabilitation agency and one by the city of Houston — found that the project would improve traffic flow despite the street diet, Weesner said, because it also includes the strategic implementation of turn lanes.

“This is one of those rare but wonderful places in Houston where road renewal … improves traffic throughput, improves bicycle facilities, improves pedestrian facilities and improves on-road transit,” she said.

When Houston planners met last fall to determine which bike projects to include next, they landed on three. Fields said: the Irvington Boulevard corridor from downtown to outside of Loop 610; a bicycle network in the Gulfton area; and the Washington Avenue corridor.

Fields said infrastructure on Washington Avenue is where a recently opened HEB has not kept pace with land use.

Now that it’s been identified as a priority project, Fields said the city is working with the Houston-Galveston Area Council, which has agreed to pay for consultancy work expected to begin this summer.

The H-GAC also played a role in the realization of the Shepherd/Durham project, providing $40 million for the second phase of the project. Susan Jaworski, a senior transportation planner at H-GAC, said federal funding available for “transportation alternative” projects, which include bicycle and pedestrian elements, has increased as officials learn more about its benefits, including theirs Ability to pull cars off the road.

“It’s kind of a chicken and egg thing,” she said. “Demand has definitely increased and funding has followed suit to encourage and support that.”

The 11th Street Bikeway has gained supporters, but some residents have decried the reduction in car lanes, saying it could result in more cars navigating small neighborhood streets to avoid traffic. Some 11th Street business owners also said they had safety concerns.

“I’m concerned about traffic flow, especially during rush hours when there’s a lot of traffic around our business,” said Zach Buchanan, Buchanan’s Native Plants chief operating officer. He stressed that he was not opposed to the proposed plan. “I think what’s worrying is that there are so many unknowns and it’s all just speculation as to what will actually be the end result.”

“Population growth leaves the city with no other choice to be smarter about road planning,” said Raschke.

“The bigger you get, the worse the problem of traffic congestion,” she said. “At some point you don’t have enough space to widen the street without taking away buildings.”

Though Raschke said Houston will always be a car-centric city, bike lanes can bring a sense of community to an area. A sentiment Cutrufo agreed with.

Cutrufo recalled a recent stroll through Montrose with his children, where he first discovered the Soundwaves record store. Such experiences, Cutrufo said, are much less likely when driving.

“When you ride a bike, you take in the world much more slowly,” he said. “You’re more likely to perceive and appreciate the fine-grained nature of a city.”

TIED TOGETHER: Pedestrian hospitalized after hit-and-run in north Houston

Going forward, Cutrufo said BikeHouston is urging the city to focus not just on building new bike lanes, but also maintaining the ones that already exist. The city of Houston currently has no item in its budget for bike lane maintenance, Cutrufo said, but he said he’s had some encouraging talks that one could be included in the budget this year.

Meanwhile, Fields says, evidence is mounting that if the city builds better bike lanes, more people will leave their cars where the option is available.

“Any time we set up a safe, secure bike facility, a person feels comfortable with it…they get used to it very well,” Fields said.

https://abc13.com/lanes-pedestrian-side-walk-bike/11629673/ According to transit planners, Houston’s cycling plan calls for 1,800 miles of new, all-age-friendly lanes throughout the city 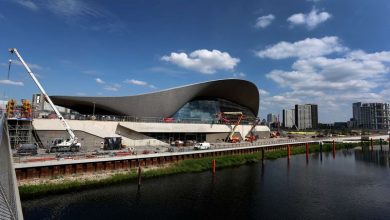 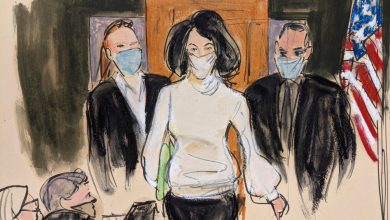 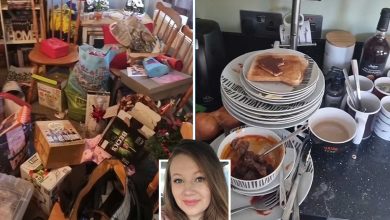 My house is a disgusting mess 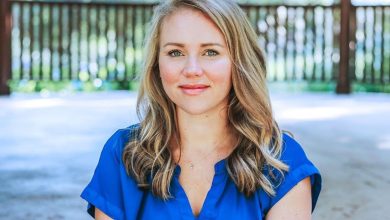