Rachel Posner’s original 1931 photograph, taken by Rachel Posner at her home in Kiel, Germany, depicted the Jewish mother-of-three’s defiant display of a menorah on the last night of Hanukkah in December of that year – with the Nazi Party flag waving menacingly on background.

At a time when the Nazis were coming to power, most Jews dared not display a menorah in an open window, as is customary during the eight-day Festival of Lights, opting instead to celebrate with the curtains drawn.

“They weren’t afraid – they were very proud Jews,” Nava Gilo, a granddaughter of Posner who lives in Israel, told The Post.

On Monday, Gilo and her brother Yehuda Mansbach, together with Federal President Frank-Walter Steinmeier, lit the candles of the menorah in Bellevue Palace in Berlin. The two Posner descendants showed the family heirloom in addition to an exhibition with the original Posner family in the Warleberger Hof City Museum in Kiel.

In 1931, the Nazis were just a year away from becoming the largest party in the German Bundestag. The Posner house was across the street from a local Nazi headquarters.

Rachel Posner and her husband, Rabbi Akiva Posner, along with their three young children, recognized the historic moment and took the picture.

On the back of the photograph, developed in 1932, Rachel wrote in German what family members now describe as a form of prophecy:

“Death Judah” – that’s what it says on the flag

“Judah will live forever” – so answers the light

“My grandmother looked far into the future and agrees that we have won a victory over anti-Semitism. I think the most important thing is what’s on the back of the picture — she was like a prophetess,” said Gilo, 68. “She saw it and she was right. They fled as persecuted Jews and now after 90 years we come back as proud Israelis. The language, the message, is even stronger than the image itself.”

The image later became a powerful symbol of hope, resilience, and Jewish survival.

The Posner family had to flee Germany via Antwerp in 1933 and reached Hanukkah in 1934 with their beloved menorah safely in tow in Palestine.

Made of plain brass, the menorah was loaned to Israel’s Yad Vashem Holocaust memorial site, except for a week each year when it is returned to family to enjoy during Hanukkah. The Posners and their descendants now number more than 100 members.

“It’s not such an expensive Hanukkah [menorah]but it has a different value,” Gilo said.

Dani Dayan, the former Israeli consul-general in New York and current Yad Vashem chair, told The Post that he posted the photo of the menorah to his social media channels every Hanukkah and was amazed to discover its backstory.

“I never thought it still existed,” Dayan told the Post. “I was stunned that it survived – it’s really very moving.”

He noted the disturbing echoes of rampant anti-Semitism today. “When I came to the US in 2016, I naively thought that anti-Semitism would be at the bottom of my agenda,” Dayan said, noting that 15 Jewish people were killed during his five-year tenure, including 11 in the Tree of Life synagogue massacre in New York Pittsburgh in 2018. “Clearly I was wrong. Antisemitism is a very serious problem that we face. We’re a long way from the 1930s, but we have experience now. We know what can happen. When it shows its first signs, we must fight vigorously and defeat it. ‘Never Again’ is now.”

During his stay in Germany, Gilo realized the importance of speaking to local school children.

“It is important to speak out against antisemitism and to speak to young people and students so that they understand. It is an educational mission for us. There is a large silent majority opposed to anti-Semitism and BDS [the Boycott, Divestment, Sanctions movement against Israel]. It is an opportunity to raise their voices.”

https://nypost.com/2022/12/19/menorah-from-nazi-era-photo-returns-to-germany-for-hanukkah-90-years-later/ 90 years later the menorah returns to Germany from a photo from the Nazi era for Hanukkah

Death of Terry Hall: The specials' lead singer dies at the age of 63 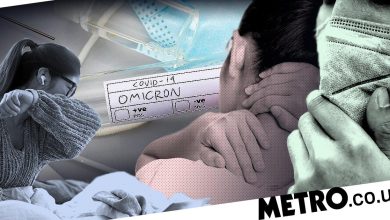 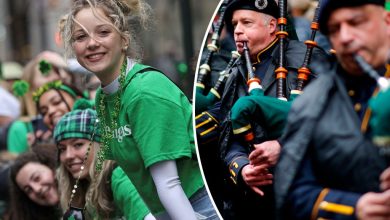 The NYC St. Patrick’s Day Parade is back after two years 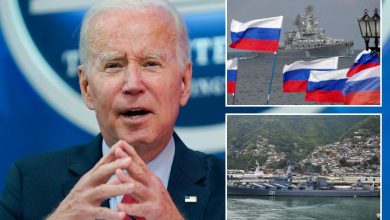