An 8-year-old Florida boy was playing with a gun belonging to his convicted father when he accidentally pulled the trigger, killing a 1-year-old girl and injuring her 2-year-old sister with a single bullet, authorities said.

The incident took place at the Lion’s Motel in Escambia County on Saturday night and resulted in the arrest of the 8-year-old’s father, Roderick Randall, police said.

Randall, 45, was booked into the county jail on Sunday for convicted felon possession of a firearm; culpably leaving a loaded firearm within reach of a minor; Destroying evidence and improperly storing a firearm, WEAR-TV reported.

Escambia County Sheriff Chip Simmons said Randall, his son, his girlfriend and the woman’s three young daughters shared a room at the motel on MLK Jr Drive and Anderson Street.

The sheriff said Randall left the room and his girlfriend was still asleep when the man’s 8-year-old son retrieved a holstered pistol from a closet and handled it when the gun fired a round that went through, killing the baby. and injured her 2-year-old sister.

Family members identified the young victim as Kacey Bass. A relative described the 1-year-old on a GoFundMe page as “a very happy and loving baby who was full of joy”.

The 2-year-old girl was taken to hospital but was expected to recover from her injuries. Her twin was also in the room, but unharmed.

According to Simmons, when Randall returned to the room after the shooting, he grabbed the gun and drugs before leaving. He was arrested on Sunday.

The sheriff said the 45-year-old suspect is a 14-time felon whose record includes convictions for drug charges, aggravated assault and dodging police. 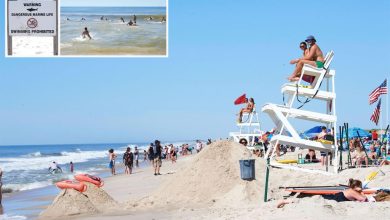 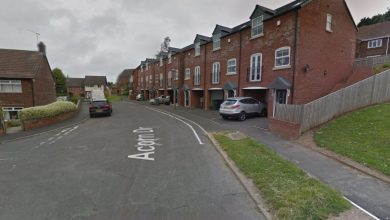 Teenager, 16, and woman, 21, arrested as baby dies after being taken to hospital in cardiac arrest 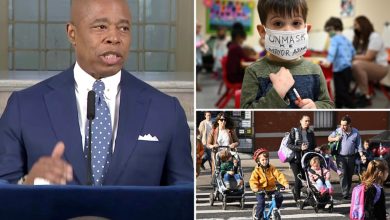 Masks soon to be optional for children ages 2 to 4 in New York schools: Eric Adams 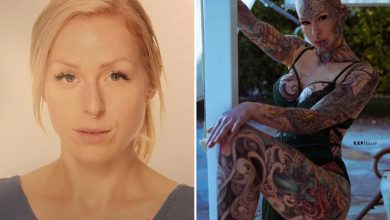