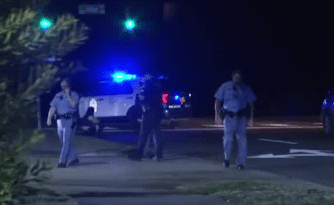 RALEIGH, NC (WNCN) – Raleigh Police say a woman was taken to the hospital after she was struck by a car in downtown Raleigh late Saturday night.

At around 11:39 p.m., police said, the woman was crossing South Blount St. near Hoke St. when she was hit by the car.

Officials say she was taken to hospital with a head injury.

The driver of the car reportedly stayed at the scene while officers investigated.

Police cordoned off the South Blount St. area where the woman was struck for at least 30 minutes during the investigation.

According to a press release, the woman did not appear to be using the crosswalk.

Police say the incident is being investigated further and would not comment on whether the driver’s blood alcohol level was checked.

The 35 most shocking film twists of all time