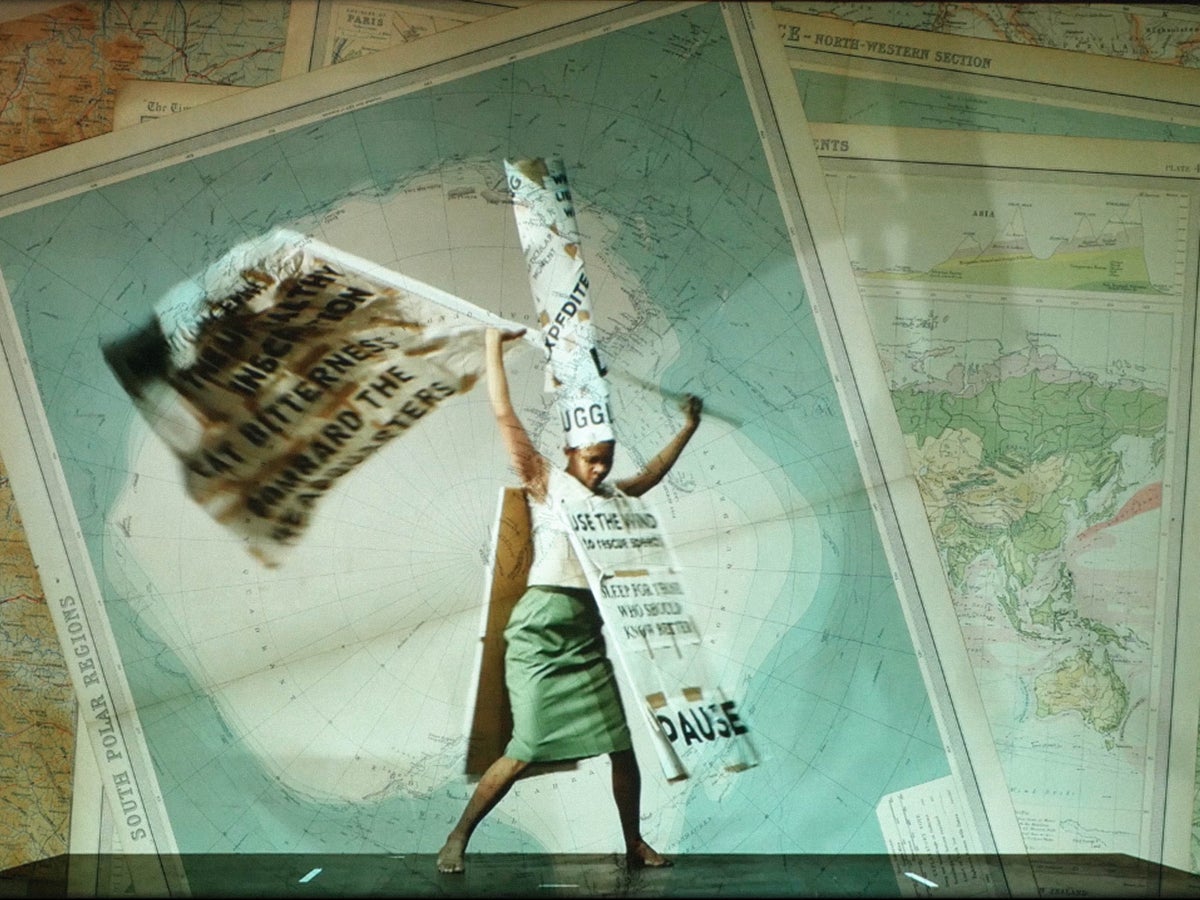 A solo exhibition in the Royal Academy’s vast main galleries is a privilege bestowed only on the greatest artists. Following shows by heavyweights Antony Gormley and Anish Kapoor, South African artist William Kentridge is the latest artist to receive the honor. But it’s an honor that doesn’t come without some risk. Gormley’s and Kapoor’s shows were both solid crowd pullers, but both were widely criticized for being “bombastic” and “over the top”.

While lesser known, Johannesburg-based Kentridge is of a similar age – late sixties – has no less love of the grand gesture and is unafraid of massive leaps in scale: from exquisitely made artists’ books to truly epic live events. But while Kentridge is a brilliant illustrator and set designer, I was never entirely convinced of his art as, well, art.

Kentridge was born in 1955 to lawyers who were both active in the anti-apartheid struggle. He worked as an actor in theater and television before turning seriously to art. And that feels significant given that the vast majority of the work on this show is related to film or performance in one way or another. Drawing has always been Kentridge’s primary medium, and the earliest works are among the strongest. Koevoet (Dreams of Europe) (1984-5), a charcoal triptych depicting surreal goings-on in a café, has a superficial but arresting rawness that is soon lost as Kentridge’s signature style sets in. We are presented with countless large, densely worked charcoal drawings, all in a highly competent, illustrative “realistic” style that clearly should not be taken at face value – although I was never sure how it should be received.

While Kentridge’s focus is on Africa, where hallucinatory hyenas appear in nightclubs and migrant workers queue on the vast expanses of the steppes, his artistic sources are exclusively European: Goya, German Expressionism, even a touch of Hogarth. That makes sense in the many images of obviously bad – white – bankers in their boardrooms, but the light in these entirely monochrome images is so oppressively overcast that the sun-scorched savannah can easily be read as snow-capped steppe and rows of African refugees, say we, Poland. The irony of the fact that Kentridge’s Jewish ancestors fled Eastern Europe to escape oppression has not, as far as I can tell, been explored. Almost all of these images are working sketches for animated films, six of which will be shown simultaneously in the huge Gallery 3. Kentridge sets his drawings in motion by erasing areas, redrawing them and filming the ongoing process. It’s like the constantly pulsing charcoal images being drawn onto the screen as we watch movies like tide table (2003) and Other faces (2011). Kentridge’s signature tropes are established early on, such as B. the decomposition of the image into abstract elements, such as maps or bureaucratic forms – and Kentridge loves this kind of printed ephemera, which appear in heaps in various forms throughout the exhibition.

While it is impossible not to be impressed by Kentridge’s sheer industry, the narratives are difficult to follow and difficult to know what is being said about South Africa today; although inside Other faces A character who looks a lot like Kentridge gets into a screaming argument with a shopkeeper, which race inevitably intrudes on. If it must be hard for Kentridge – a former anti-apartheid activist – to face such harsh realities, the rest of the show mostly keeps the painful, paranoid realities of contemporary South Africa at a more refined or historical distance.

Ubu is telling the truth (1997), an animated retelling of Albert Jarry’s absurdist drama Ubu Roibegins as a whimsical cartoon but grows into a punchy and brutally humorous response to the horrifying revelations of the post-apartheid Truth and Reconciliation Commission.

But until he gets there black box (2005), an automated miniature theater featuring film and lifelike animated objects, Kentridge delved into the intricacies of multimedia collage while all but excluding his subject matter. We spend a lot of time watching a slowly dancing Anglepoise lamp, but the main theme of the work, the Herero genocide of South West Africa, is barely discernible. A room full of tapestries, with Kentridge’s densely patterned, wall-filling ink drawings, impresses amid the prevailing monochrome flatness, because they are at least sensual, haptic objects – and they even contain color accents! A tapestry of shadowy figures packed into an open boat is clearly derived from an old photograph or painting. Still, it’s impossible not to interpret that it’s a contemporary migrant scene, making this one of the strongest images on the show.

Two rooms with large brush and ink paintings, one with vases of flowers, the other with trees on the steppe, demonstrate Kentridge’s ability to create seductive monochrome textures, but they do not convince as major works of art. The addition of faux-profound inscriptions like Oh to Believe in Another World and A Bird Shall Carry the Voice simply amplifies its lightness. Kentridge is more of a collagist than a painter at heart. He is at his strongest when he interweaves his painterly and graphic work with other media, often in an extremely skilful manner. Notes on a model opera (2015), a three-screen video, offers the best of Kentridge in just over 11 minutes. The content feels a bit muddled: tackling the human catastrophe of Mao Tse Tung’s revolutionary China from an African perspective, with reference to China’s current economic ambitions across the continent. But the sizzling, fast-paced overlay of media across the three screens keeps you hooked. Pages from old Chinese books, maps, bits of Kentridge’s own sketchbook hum and flash, with Chinese calligraphy morphing into birds that resemble Picasso’s doves but refer to the tragi-comic role of sparrows in Mao’s mad schemes. Live-action dancers move throughout, waving flags, climbing out of trash cans, and performing swaying ballet steps.

The presence of the human figure, even if only in the film, provides the animating factor. A similar set of elements is used in the final room in relation to a 2019 dance drama titled ” Waiting for the Sybil. But while the staging looks amazing on the photos in the catalogue, the design elements, presented in isolation from the actors, only seem decorative.

Kentridge’s art is best understood in terms of performance – understandable given his early days as an actor and director. Even his early drawings and their filmic implementation have something theatrical about them. It’s no surprise that he’s had a successful side career as a designer and opera director. This show does him a significant disservice by downplaying this aspect of his art in a misguided attempt to make him appear more of a “serious artist”. This large exhibition feels a little over stretched in these very large spaces where it could be full of life.

What is Bode and Morgan Miller’s baby name?