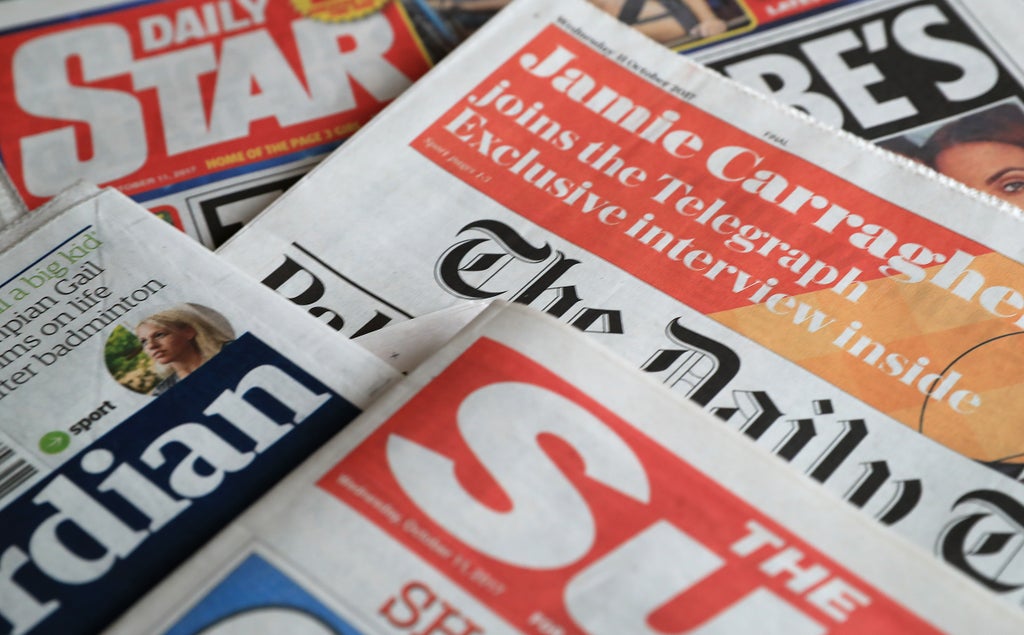 The spread of Omicron coronavirus variant dominated the headlines on Saturday.

Sun Daily mail and I All focused on analysis towards how rocket boosters are key in the fight against the new variant.

The Journal similarly positive outlook, while Independence Data lead to a need for boosters as protection against mild symptomatic disease from Omicron after two stabs was significantly reduced.

Time and Guardians focused on new efforts to control the spread, then referred to a leaked document stating that strict measures are needed by December 18.

The Daily telegram reports that a “coalition of leading figures” is calling for schools to be open “to what is possible”, as part of the Campaign for Children.

The Daily Mirror said it had carried out a survey that found three in four people were less likely to follow the new restrictions following the controversy surrounding the Downing Street Christmas carnival last year.

The Financial Times said questions around the refurbishment of Boris Johnson’s Downing Street flat were among the issues that continued to baffle the Prime Minister.

Meanwhile, Daily Star There’s a story about otters that it says chased a man and tried to kill him.

https://www.independent.co.uk/news/uk/omicron-daily-mail-financial-times-brits-the-sun-b1974092.html What the articles say – December 11