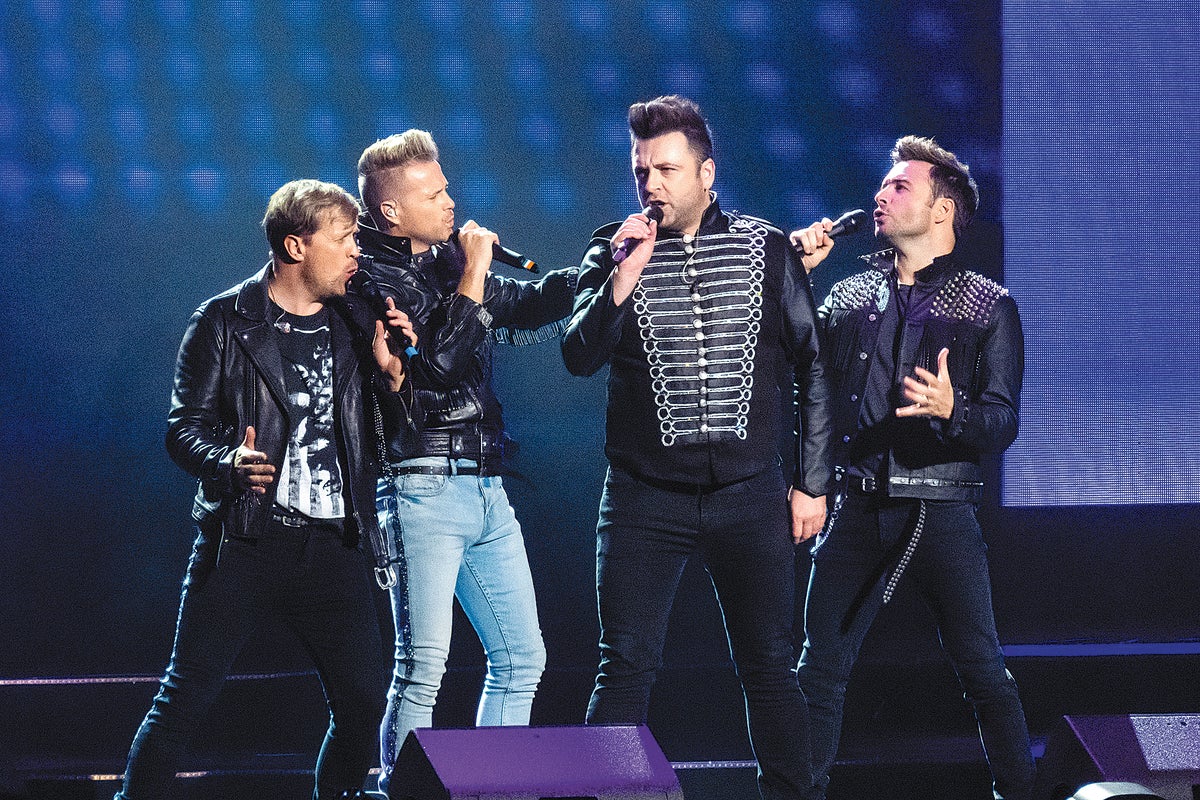 Westlife is coming home for Christmas.

The Irish pop group, consisting of Nicky Bryne, Shane Filan, Mark Feehily and Kian Egan, announced their first Dublin indoor shows in over 11 years at the 3Arena on Friday (16 September).

The shows are titled “Home For Christmas – All The Hits,” Westlife continued, adding, “There really is no place like home, especially at Christmas time, and we can’t wait to see you there!”

The band, who have secured 14 UK number one singles and eight number one albums, have spent the summer touring the UK and Ireland to promote their latest album Wild Dreams.

In an interview ahead of their first Wembley outing, Byrne reflected on the band’s history, saying that the Irish group’s hiatus had resulted in “two completely different bands”.

Speaking about the changes he’s seen since the band formed in 1998, including the departure of Brian McFadden, 42, in 2004, Byrne told the PA news agency: “To be honest, it’s weird, me think we’re actually like two different bands.

“Obviously we’re the same people and all the hits we had in our early years are fundamental to the continuation of our careers. However, in the middle of it we had a seven-year sabbatical and I think we all grew up during that time.

“We got together as kids, we played 14 years in a row, we lost Brian after five years, then we had eight years without Brian, people forget it was so long after Brian we didn’t quit.

“And then when we broke up in 2012, we literally looked each other in the eye and said, This is it.”

He added, “Then by the time we were all ready to return to the band, we all had a different approach to Westlife 2.0.”

Westlifes Wild Dreams Tour expands into Asia and the Middle East before returning to the UK for a slew of arena dates.

Last week the band announced that they would also be adding more tickets for their four shows at the SSE Arena in Belfast, which begin on December 15th.

Tickets for the Dublin and Belfast performances are currently available on Ticketmaster.ie. In addition to regular tickets, VIP packages are also available.

https://www.independent.co.uk/arts-entertainment/music/news/westlife-home-for-christmas-shows-tour-b2168758.html Westlife announces Christmas screenings in Dublin – how to get tickets