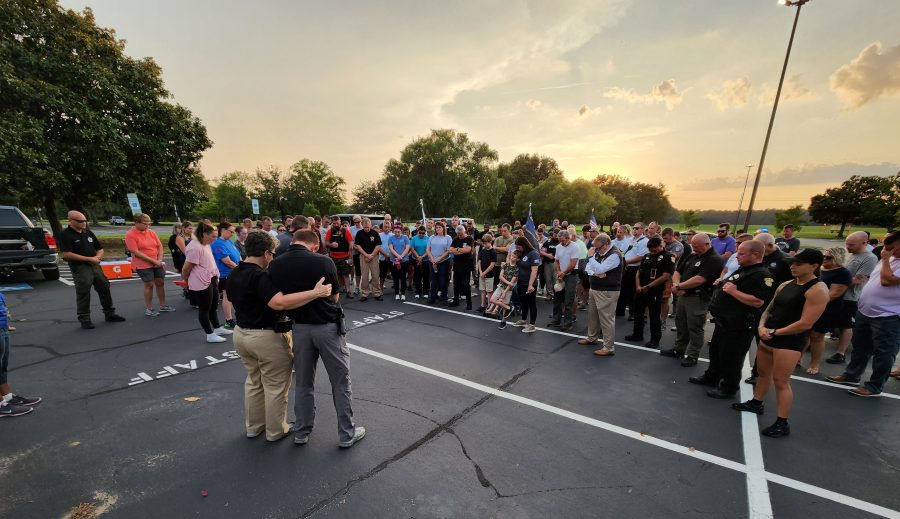 GOLDSBORO, NC (WNCN) – Members of the Wayne County community ran a mile Wednesday night in honor of Sgt. Matthew Fishman, who died Monday on duty after being shot.

Dozens of people could be seen taking off in honor of 38-year-old Fishman, who has been with the Wayne County Sheriff’s Office since 2010.

Fishman was one of three first responders involved in a more than eight-hour standoff in a trailer home with a suspect with a criminal history, who inevitably turned a gun on himself and was spotted by a SWAT team.

Cpl. Andrew Cox, 37, and Deputy Alexander Ramon Torres, 27, were the other two first responders who were shot dead on Monday. Both were in stable condition as of Monday, while Fishman was listed as critical. Both were released from the hospital on Wednesday.

A teenager in Florida also took part in the memorial run.

Zechariah Cartledge, 13, founded Running 4 Heroes, and he runs a mile for every first responder killed on duty.

Florida couple arrested for filming sexual activity with their dog