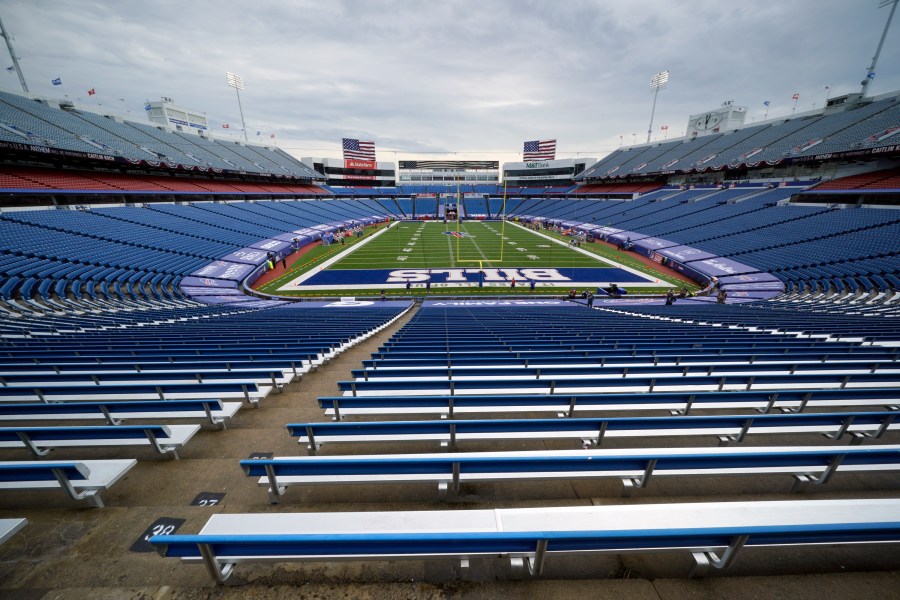 (WIVB) – During his speech Monday morning in Wyoming County, Governor Kathy Hochul proposed the proposed new Bills stadium – and the progress to get funding and construction.

Responding to reporters’ questions, Governor Hochul said the state would support the team’s choice of Orchard Park as the site for the construction of a new stadium.

“We had conversations, I made it clear to the Bills that we wanted to accommodate both options and show them the cost of both,” Hochul said. “If their choice is Orchard Park, it is Orchard Park.”

The cost of a new stadium in Orchard Park is about $1.4 billion, according to a report by Empire State Development published last month.

The state is expected to finance a large part of the project.

Hochul said Monday that the Bills and the state could figure out where and how to pay for the money by the end of the year — if not, they’ll have to pay until the end of March, as it will be in the bank. state book.

“I also gave them two timelines, whatever works best for them,” said Hochul, a self-proclaimed Bills fan. “I can finish this by the end of the year. I can get this done. We can work out the numbers. We have until the end of March as this is a budget item, so I also have a larger window if we need more time, so it’s not a tight deadline, but looking forward to it. My wish is to close this and get it done. Therefore, we are very focused on keeping the Invoices here. If Orchard Park is their first choice, their only choice, it is Orchard Park and we will make it all happen.

“We’re excited about announcing a deal hopefully in the near future, but a lot of evil in the details,” she added.

Ron Raccuia, Executive Vice President of Pegula Sports & Entertainment released a brief statement: “We appreciate the Governor’s comments this morning. There is still a lot of work to be done and we are continuing those efforts.”

Kaley Lynch is a digital reporter who participated in News 4 team since 2017. See more of her work here.