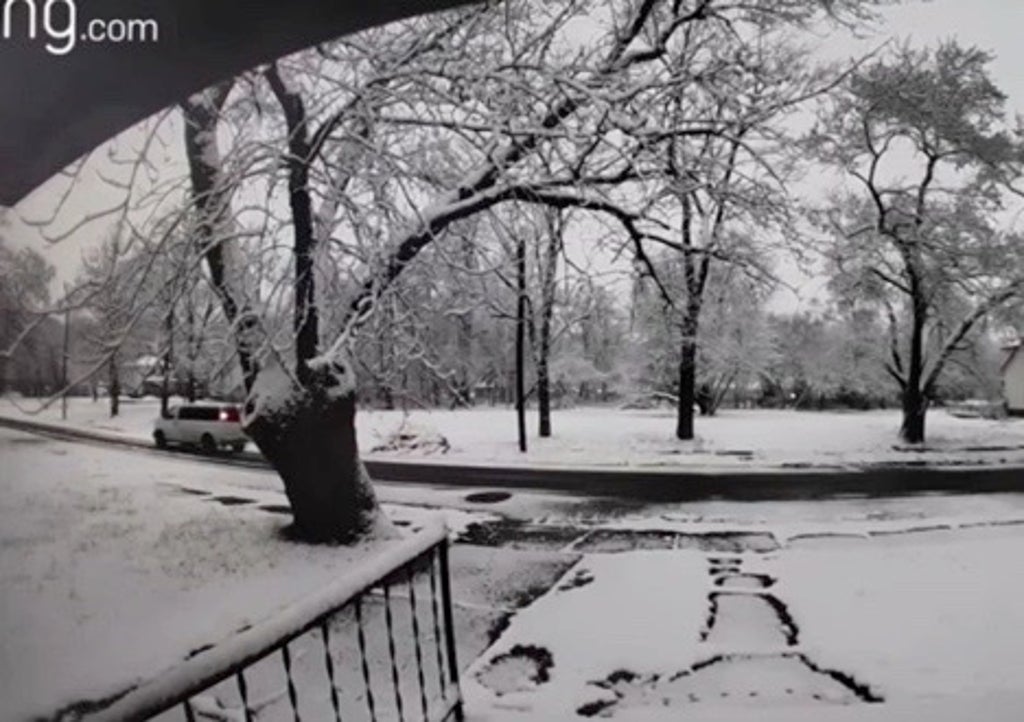 Scary video has captured the moment a woman allegedly abducted four children as they were walking to school in Detroit, Michigan, before they were accidentally rescued by police when their captors crossed the street. red light.

Doorbell footage shows a white van speeding and stopping abruptly by the side of the road, before screams can be heard in the audio.

A tree obscures the view of four siblings aged 11, 8, 7, and 5 years old when they are kidnapped by 37-year-old Stephanie Marie Binder.

The terrifying ordeal took place around 7:30 a.m. on November 30 when the children – an 11-year-old boy, an eight-year-old girl, a seven-year-old girl and a five-year-old boy – walked to school together.

The Wayne County Prosecutor’s Office said Binder drove a stolen vehicle and abducted four children from the side of the road.

The suspect left children in her car when she was pulled by Detroit police across Grand River Avenue and Evergreen Avenue for running a red light.

When officers approached the vehicle and saw the children in the back seat, they began to think something was wrong, authorities said.

Police Chief James White said at a news conference that officers asked Ms Binder if the children were hers and she replied yes “but the children shook their heads”.

Mrs. Binder had nothing to do with the children, the children were safely returned to their families.

She was sorted on Friday, where her bond was set at $5 million.